A Trillion Here – A Trillion There – Preserving Pensions

There are 3.6 trillion dollars stashed away in private pensions.  This concerns everyone with a private retirement plan, 401 K, or IRA because that’s a lot of money and the US government has been casting its eye on it.

This sad fact has left the US federal government as a cash strapped organization looking for new ways to balance their budgets.  They are not alone. Furors are raging right now in Canada and the UK plus many states as well.  History suggests that at one time or the other most governments try to nationalize pensions.

Then they lock the pensions into a devaluing currency that destroys purchasing power.  This is an oft repeated slick trick that can destroy the lifestyles of retirees. 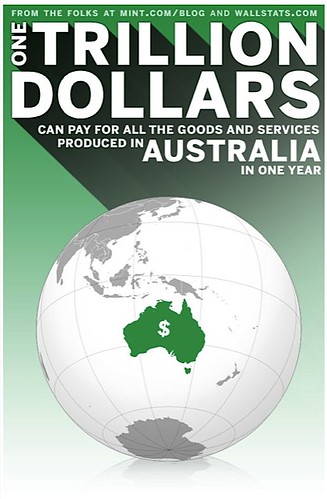 I have linked mint.com below so you can see the enormity of just a trillion dollars.

Few jackpots are as rich as US private pensions… 3.6 trillion in 401Ks, defined benefit and profit sharing plans and IRAs.  The Feds would like to grab them… control them and they are gradually getting their way.   The drop in pension values during the last recession was the foothold they used to take their latest steps in a long game to grab these personal retirement plans.

The problem has been growing for some time but the newest thrust began perhaps in 2009 when the prestigious Cowles Foundation For Research in Economics at Yale University issued a report entitled:  THE CASE FOR TRILLS: GIVING THE PEOPLE AND THEIR PENSION FUNDS A STAKE IN THE WEALTH OF THE NATION

The Cowles Institute is a Yale based super think tank with threads leading to many administrations. I have linked the report below but here is the abstract:  We make the case for the U.S. government to issue a new security with a coupon tied to the United States’ current dollar GDP. This security might pay, for example, a coupon of one-trillionth of the GDP, and we propose the name “Trill” be used to refer to this new security. This new debt instrument should be of great interest to the Government for its stabilizing influence on the budget (as coupon payments fall in a recession with declining tax revenues) and for its yield, based on our valuation. Standard asset pricing analysis also suggests that Trills would enable important new portfolio diversification strategies and, in contrast to available assets that protect relative standards of living in retirement, Trills would have virtually no counterparty risk. We believe there would be a lively appetite for the Trill from institutional investors, public and private pension funds, as well as the individual investor.

What a great idea!  At least it sounds like a great idea as long as it is not run by the government and as long as this is not combined with a “You Must Invest Your Pension in Trills” as a catch.   If the Trill is mandatory and in the hands of the Feds, it could become something like the IRS saying  “Trust me – I am here to Help You”.

In short this idea lets the government have more control over private pensions.

The concern is that the government using the potential in this “good” idea to create a bad national private retirement plan.  The connections between government and the Cowles Foundation need to be examined as well.  The Cowles Foundation was started by Alfred Cowles, III who graduated from Yale as a member of Skull and Bones, so there may be concerns about the closeness of the foundation members with the government.

During the last debt ceiling crisis when the U.S. government lost its ability to borrow more money because the American debt limit was breached, the treasury dipped into federal retirement funds for available cash.  They have long yearned to get at the private pension funds as well.

Taking Federal workers’ money was a temporary measure but may have been the government’s next step in its plan to convert 401(k)s and IRAs into annuities as well.  That plan was floated as a trial balloon in January 2010.

Bloomberg Business Week reported about that and said:   The Obama administration is weighing how the government can encourage workers to turn their savings into guaranteed income streams following a collapse in retiree accounts when the stock market plunged.

The U.S. Treasury and Labor Departments will ask for public comment as soon as next week on ways to promote the conversion of 401(k) savings and Individual Retirement Accounts into annuities or other steady payment streams, according to Assistant Labor Secretary Phyllis C. Borzi and Deputy Assistant Treasury Secretary Mark Iwry, who are spearheading the effort.

Annuities generally guarantee income until the retiree’s death, and often that of a surviving spouse as well. They are designed to protect against the risk that retirees outlive their savings, a danger made clear by market losses suffered by older Americans over the last year, David Certner, legislative counsel for AARP, said in an interview.

“There’s a real desire on a lot of people’s parts to try to encourage something other than just rolling over a lump sum, to make sure this money will actually last a lifetime,” said Certner, legislative counsel for Washington-based AARP, the biggest U.S. advocacy group for retirees.

Promoting annuities may benefit companies that provide them through employers, including ING Groep NV and Prudential Financial Inc., or sell them directly to individuals, such as American International Group Inc., the insurer that has received $182.3 billion in government aid.

There is “a tremendous amount of interest in the White House” in retirement-security initiatives, Borzi, who heads the Labor Department’s Employee Benefits Security Administration, said in an interview.

“The question is how to encourage it, and whether the government can and should be helpful in that regard,” Iwry said.

Retirement plans, including 401(k) accounts, held $3.6 trillion in assets at the end of the second quarter of 2009, while annuity investments of all kinds totaled about $2.3 trillion, according to figures from the Washington-based Investment Company Institute, a trade association for asset managers.

We should read the quote from that government official: The question is how to encourage it, and whether the government can and should be helpful in that regard” with some apprehension.  That sounds too much like “We are here to help you”. 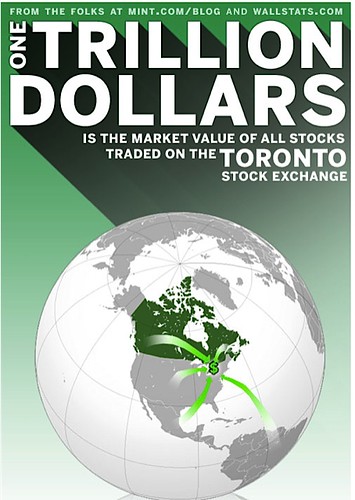 Having watched the government over 40  years gradually make it almost impossible for average Americans to bank abroad, I can see how an attack on private pensions could work in the same way.

The Administration is using a similar approach to make it almost impossible for Americans to invest their retirement plans anywhere but in US government bonds and bills… and perhaps Trills.

They took one step in 2010 when for the first time they audited all IRA Custodians.  In advance of the audit they sent a letter to all custodians addressing areas of concern which included though was not limited to Foreign Real Estate and Foreign Companies.   The letter specifically focused on the risks that overseas countries represent.

The plan to take over personal pensions could unfold in three steps. First, the FDIC will want to regulate where an American can invest in another country by determining if that country is “too risky” or not.  The second step will be to allow the FDIC to determine if any investment… even in the USA… is too risky.  Slowly only US government bonds, bill, Trills etc. could be deemed safe enough.

This is exactly what has happened with American banking.  First layer upon later of regulations were placed upon non US banks. This legislation made it so expensive for non US banks to have American clients that only really wealthy investors can have overseas bank accounts.

Second, the Fed lowered interest rates so the average American earns almost nothing at US banks.

There is not a line of legislation that prohibits Americans from banking abroad.  Instead the government regulated overseas banks who accepted American customers.  Slowly layer upon layer upon layer of compliance requirements were added that made it so expensive for a non US bank to comply that the banks had to stop accepting US clients.

The key in this private retirement plan attack will be to place the burden on the custodians instead of owners of the retirement plans.  The FDIC could determine it is “risky” and hence expensive to allow for foreign assets.  This will force custodians to only allow US investments and later only government assets.   These government assets could then be trimmed to pay almost nothing… reducing the pension’s purchasing power.

This is how the government destroyed the ability of Americans to bank abroad and can destroy the effectiveness of personal retirement plans.

The Government is using the recession that just passed and the current financial crisis in Europe to “prove to you” that they can make your retirement plan safer than you can.  “It’s for your own good”.

That is not far-fetched and this is no new phenomenon. Hungary, Poland, Bulgaria, Ireland and France – have taken over their citizens’ private pension money to make up deficits and budget shortfalls. There are battles raging over this in Britain, Canada and Greece to mention a few right now. 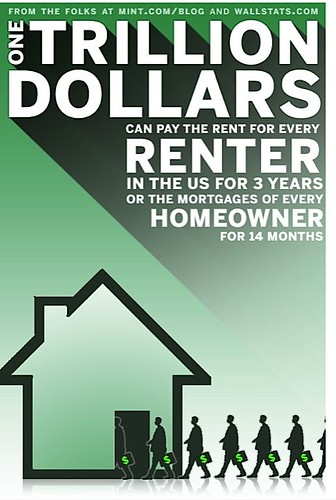 I am so concerned that the attack on private pensions will emerge again after November 2012 that I have invited a specialist on “How to Invest Private Pensions Abroad” to speak at our February 10-12, 2012 Quantum Thinking + Investing and Business in Mt. Dora, Florida.

At the seminar we’ll look at how you can invest private pensions and IRAS abroad as well as wherever it may make sense to do so.

You can read more details and reserve one of the two spaces left here.

On the Subject of Taxes & Filing Tax returns with an international understanding, one of our readers is offering an income tax service (Efile Tax Returns) and understands US tax preparation even if you move overseas.

This tax preparation service can be useful when you are not abroad.  They help get fast refunds and offer a 100% federal calculation guarantee.

They provide a great savings with new tiered pricing options which allows you to pay only for the forms you need.

They also provide phone support for premium customers.
They can also help process tax returns for US citizens and non-resident aliens with foreign addresses.  They have all of the forms available for Expats.  All of this is available for a cost of $39.95.  This is for the “do it your selfer” who has knowledge and a pretty straight forward Expat return.

For those who have a somewhat complicated Expat return, they have made arrangements with a US CPA who lives in Europe and has prepared Expat tax returns for the past eleven years.

For more information you can click on EfileTaxReturns.com site.

I am happy to help you have this connection after having been frustrated for many years by the difficult and expensive task of finding a good tax preparer who understood expats and international investors.  For all the years that I lived in London, I had to use an expensive attorney there.  Today I know that three of my children who still live in the U.K. have suffered and continue to suffer these high costs as well.  I have sent this link along to them also.

One of the greatest ways to gain tax benefits is with your own international micro business so I am pleased to make the offer below.

THE CASE FOR TRILLS:

Retiree Annuities May Be Promoted by Obama Aides

See What a Trillion Dollars can do at Mint.com