How to Prosper from Change

We have added a new service and have many, many new readers so let me outline why we share ideas about health and wealth plus an introduction on a free new service.  See below up to the minute ways to prosper.

A reader sent this note: Good morning Gary,  I always enjoy reading your emails.  You are as eclectic as any thinker I hear from.

This beautiful note took me by surprise because eclectic is defined as “Deriving ideas, style, or taste from a broad and diverse range of sources”.

This site instead is dedicated to deriving information from… 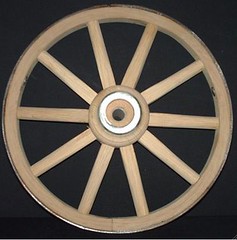 just one source… the hub.

The spoke of living… for purpose, health and wealth… viewed in our messages may vary… but only as threads that are strung to the same spot.

Though the subjects in our websites seem to range from natural health… to global, funky micro businesses… to multi currency investing…to super thinking through frequency modulation… to self publishing and Ecuador… to shamanic balance… they are all about one thing… how life is frequency… how frequency is change… how to embrace and how to prosper  from change.

The wheels of change are turning faster now and… 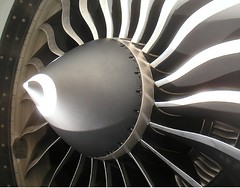 the pace is picking up. The dots are moving faster but they are the same dots moved by the same force that has always moved the world.

This site is about connecting those dots to help you prosper from change by sharing our experiences of over 40 years of global investing, business and living.

Being global is not the panacea however.  The expanded horizons are what help us see further into the future and grow.  Life is a trip and we have an entire globe to enjoy the ride.  Expanding our horizons beyond our local borders can help our visions penetrate the mists of tomorrow so we can adjust to gain opportunity and avoid any danger ahead.

For example, global studies of economic markets led me to write on my May 2, 2007 anniversary: “History suggests that this is a time when chances are increased for panic and sudden drops in investment markets. Investors who have proven themselves nervous short term thinkers are highly leveraged, in thin, over purchased markets that are easily sinkable boats treading the dangerous waters of May though October when tradition says the currents will most likely be treacherous and surrounded with lots of storms.”

Then our global view helped us see ahead and write at this site on October 26, 2008,  the week before the Dow dropped below 10,000, “I sent my Multi Currency subscribers a Triple Crunch warning… three signals of caution in equity markets that could cause a market crunch.”

Then in April and May 2010 the week before the Dow dipped again below 10,000 in the worst one day crash ever: I shared three warnings about the US stock market at Jyske Global Asset Management’s (JGAM) Laguna Beach forex seminar, a weekend ago and began slipping these warnings out in messages even before then.  Our April 21 message warned about the risks in May 2010 that start with Seasonality.

Then May 3, 2010 our message had an Economic Cycle Review that showed why equities could be dangerous then.

This was just before the storm.

This chart from www.finance.yahoo.com shows how our warnings were just before the worst one day drop in the Dow’s history.

Before I could get the third warning to readers, the bottom fell out of the Dow as this Dow Industrial chart from finance.yahoo.com shows.

This third warning could have been helpful to readers but a daily message was not fast enough.

Now we need to help expand the horizons faster. Since 2007 volatility and our need to reach readers quickly have grown and I am taking the British Prime Minister’s recent fight with Europe over the euro crisis and sovereign rights as a signal.

A 100 year review of the Dow Jones Index shows that the global economy has moved in 17 to 20 year bull and bear cycles with each bear leading to a major struggle between England and Europe.  Post war booms fueled each bull.   A study of those cycles suggest its time for another Anglo Euro conflict.

The current bear began around 2000 so expect another two to four years of economic turmoil before a recovery.

An easy way to diversify is with major companies that have the size and strength to gain momentum in these bad times.   They’ll accelerate their profits when the economic turn good.

Look for value in the world’s larger companies like Wal-Mart… Royal Dutch Shell… Toyota… State Grid… AXA…China National Petroleum… Siemans… IBM… American Express… Coca Cola.  Each earns globally so also adds multi currency diversification…although some of them are not on my plate because of what they stand for…not what they will earn.

Mutual funds that diversify in many companies globally is an alternative. An example is First Eagle Overseas Fund (Symbol-SGOVX).  At the end of 2011, the fund had assets over $10 billion invested in nearly 200 different holdings.

England may or may not decide to get along better with Europe but the crisis and global volatility will not end soon.  Realize this turmoil is natural and diversify for safety.  More on this in an upcoming message.

To make sure we can reach you quickly with changes created by the turmoil we have expanded beyond a daily email service… a new service in the circle… Tweets.


Twitter gives me the ability to get messages to your faster so I invite you to follow my tweets (if you would like on the moment messages) http://twitter.com/garyascott

We hope that sharing our current experiences against the backdrop of our past will help you prosper from change.

Join us in January. Balance health with frequency and learn Spanish in four days!

Join us all year FREE and save.  Belong to the International Club

Become a part of our business. Learn how to earn teaching Super Thinking.