Zooming in on an International Micro Business

Here we are zooming in on international micro business thoughts with economic reflections on cops.

Be a zoomer to gain extra international micro business success. 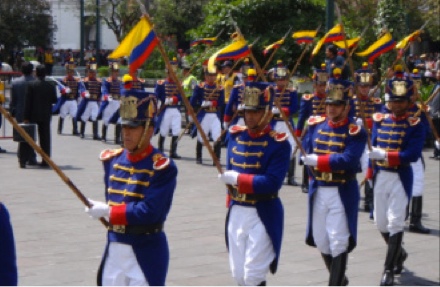 One reader (#1) wrote: Hi Gary I just returned from Ecuador.  Honestly I was never in a situation that necessitated police action, but frequently asked for police and/or military personnel to provide answers to questions – usually about directions – and always received friendly and hospitable assistance. This has been true anywhere in Canada, the States, Italy and Ecuador.  In fact, in Quito, my friend and I had originally asked for directions then spent another 10 minutes arguing and discussing the map and directions given.  The same young police officer came over to us (maybe in frustration about dumb gringos?) and patiently went over the directions with reference to the map.  We were so grateful.  There are always stories about police brutality, corruption and indifference – anywhere, including here in beautiful Vancouver, British Columbia.  Frankly I expect it and am always pleasantly surprised when I am not affected.  The only “cops” that really scare me are highway patrols, anywhere in the States, but especially the OPP in Ontario and border guards everywhere.

I certainly agree with that reader.  Border guards everywhere can be scary.  Plus TSA disappoints me enormously.  They are so aggressive that Merri and I always drive if possible… even across the USA.  Highway patrols have never bothered me though but I drive a tan Honda mini van… an almost invisible car if you don’t speed too much.

Here is another (#2) reader’s comments:   Gary, here are a couple more thoughts on police.

2) One of the truly scary things coming out of Occupy Wall Street is the footage from Oakland: specifically how militarized police have become. I first noticed this during the Columbine High School coverage and since then, it seems to be escalating…

For mobile phones with cameras, there’s an app that takes a photo when the phone is accessed without its accepted password. It also logs the gps location where the photo is taken. Makes it a lot easier to motivate the police and help them find a stolen phone.

This has been my experience.  I do not drive in Ecuador.  Expats do seem to have the advantage when being dealt with by the police… UNLESS there is a car accident. Then they can become the outsider who has possibly hurt a local!

So I have only driven once in Ecuador once.   Why bother with a vehicle when transportation is so good and so ridiculously cheap!  Ecuadorian traffic is not always quite sane anyway so why not let an experienced driver do the work… sit back and enjoy the view instead.

However.  A really great old nine passenger Land Rover came with our hacienda.  One Sunday our driver was not available to take us into town.  We had several shamanic apprentices living with us and they all wanted to take the 1.5 hour trip into town so Merri and I jumped in the Rover and headed into a market town with them. I think they were surprised to see that I could drive.  Of course since I had no driver’s license… no ID at all with me, there would be a road block where the police were inspecting everyone’s credentials.  The apprentices were terrified. They knew trouble was brewing.  I did not feel that at all… rolled to the front of the line… looked at the cop.  He looked at me and waved me through without asking for a scrap of paper.

Another reader (#3) wrote: Re comments about police, I must make a point.

My point is this: It seems that there is a certain type of personality that results in these elicit payments. When stopped and delayed some people feel that a bribe is expected and begin to act that way. They ask “What is needed to get me on my way?”  This and other mannerisms and expectations cause the situation to move toward the bribe. This personality is also quick to brag about the many bribes they have paid wherever they go. Seems like you get what you expect.

My advice is, do not act like you expect to pay or you probably will pay. I never act that way and I never pay.

The bribe system of giving to superiors is very typical in Latin American counties. I know of a case personally of a oral surgeon who after his army duty became a captain in the Dominican police force because it was much more rewarding. However he was assassinated by a rival in the police force because of his possible promotion to chief of police. Desperate people will do desperate things.

Ditto for drugs. I read about drugs. I hear about drugs. I am told there are enumerable laws to stop people from using drugs.  Yet never once in 65 years of living has anyone offered me drugs.  Well maybe just once.  Coming out of the Jamaica Airport a man stood there making odd snorting motions to me.  I think that might have been a suggestion that he was selling something I could snort.  I often have this weird sense that I am slipping though life in an alternate universe…. connected to the here and now… but just an electron or two removed to a place where there really are not drugs.

The great contributions above shared by our readers provide three great lessons.

Reader #1: There is some negative stuff out in the world.  Always has been…. always will be.

Reader #2: There are numerous places where the negative stuff won’t reach us…. If we live in the correct way.

Reader #3:  We can learn to attract or repel negativity.

In short this means that the sum total of our success and failures come from a combination of where we are… how we act and how we feel. 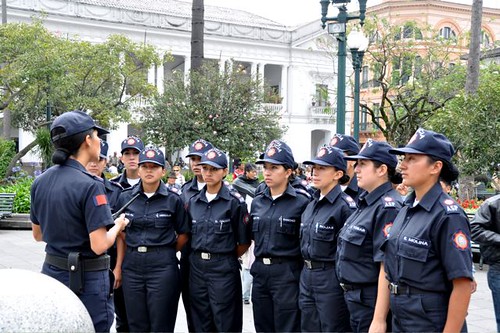 This is why I was attracted to Andre Hugo’s website.  Andre calls himself a Zoomer and says that a Zoomer is a Baby Boomer born between 1946 and 1964 who has a focus that includes their attitudes, music and life in the 1970s and 80s.  A Zoomer is a Boomer determined to live life to the fullest – not be a couch potato.

I asked Andre if he coined this phrase… but he says another Canadian passed it onto him.

I could not agree more with this idea of Zooming ahead which is at the root of our “What R U going to do” series and is why we aim to help every reader have a purpose driven micro business.

This is good advice for Jonesers, Gen Xers, , Gen Yers and Millennials as well!

Zoom ahead knowing that there is great positive opportunity for who you are… where you are…. at any time. Expect it.  Look for it.  Seek it. Embrace it and act on it.

Learn how to zoom ahead with your own international micro business at our upcoming International Business & Investing Seminar.