See an idea for multi currency safety with bond diversification in the North of Europe.

Friday’s email entitled “Message From a Tipi Man” looked at why global warming may favor nations up north. 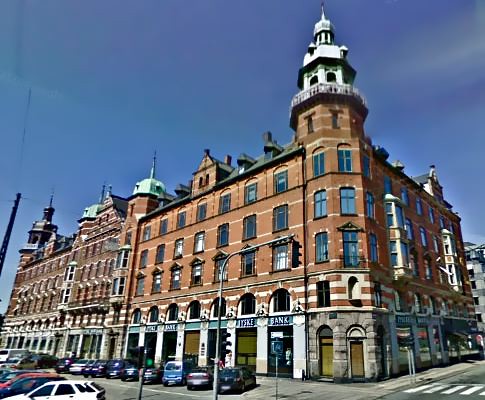 In 2008 during the last global economic crisis, I moved 15% of my portfolio into Swedish and Danish bonds funds.  They offered lousy returns but great stability and safety.   See below why Denmark may again be one of the safest places to invest now.

Here are excerpts from an email JGAM sent me last week (bolds are mine):  Latest news on Greece is that the Prime Minister, George Papandreou has resigned and a new crisis government has been formed to implement the necessary and unpopular austerity measures.  To be able to make ends meet, Greece is in need of the next tranche of the rescue package before mid December. Before being prepared to handing over this next pile of funds, the EU leaders wish to see some evidence that Greece indeed is prepared and willing to introduce these cuts. One hurdle now is that the leader of the opposition Mr. Samaras whose party forms part of the temporary government, does not seem to be prepared and willing to sign a document to this effect.

As a consequence, the financial markets started to fear a breakup of the latest rescue package which was agreed on by the leaders of the EU in the early hours on 27 October. A breakup would most likely lead to an uncontrolled default of Greece and a burst of the intended firewall around Greece.

Attention now has turned to Italy, who saw its 10-year bond yield reaching 7.25% representing unsustainable financing costs. Heavy pressure on Italy’s Prime Minister, Silvio Berlusconi has mounted for him to resign and hand over leadership to a temporary government of technocrats, like in Greece. Today Friday, Italy’s Senate will vote on a package of measures promised to the European Union aimed at boosting growth and cutting Italy’s debt of 1.9 trillion euros (USD 2.6 trillion), the world’s fourth biggest, in an attempt to shore up investor confidence and pave the way for an emergency caretaker government led by Mario Monti, the former European Union Competition Commissioner. Prime Minister Berlusconi has indicated that he is prepared to step down when the agreed austerity measures have been implemented. The latest development has led to a drop in the 10-year Italian bond yield to 6.6%.

If a solution is not found for Italy, then there is a fear that France also could become a target for financial unrest. In an effort to prevent ending in that situation, France, for the second time in three months, has announced a package of additional budget savings. A need for this move was caused by a sharp slowdown in growth that threaten to wipe out France’s fiscal target and put into play the country’s AAA sovereign debt rating. If France is downgraded then it will backfire on Greece’s rescue package as it contains a leverage of the European Financial Stability Facility (EFSF) fund from 440bn to 1,000bn EUR.

…… story to be continued.

The Industrial production in Germany plunged by 2.7% in September, undershooting market expectations three times more than the expected 0.9 % drop as among the 37 economists Bloomberg beforehand had collected estimates from. This development has increased the fear for a recession in Europe, as the German economy, being the largest in Europe, since autumn of 2008 has largely been alone to drive growth in Europe.

An analysis from the American National Bureau of Economic Research points that Denmark, Sweden, Finland and Norway are the safest countries in Europe to lend to. The analysis shows that Denmark since its establishment as an independent state in year 980 has always met its debt obligations and has never let down its creditors. At the other end of the scale is Greece, which since 1829 has defaulted on 50.6% of the debt which the country has established.

Multi currency diversification adds safety to your portfolio.  Added safety can come if a portion of that spread goes north.

These ideas include adding (via currency sets) the  Singapore dollar.  JGAM’s research partner believes, that China will make a soft-landing. Food inflation has peaked and China has also managed to cool down the real estate market.With Europe, China’s biggest export market, heading into a recession the Chinese authorities may ease measures to spur growth and the Singapore dollar (SGD) will lead an Asian recovery.

Learn how to get a Multi Currency password here.