Message From The Tipi Man

Here is a message from a man who lives in a tipi that can help you prosper in the shifts we are living though.

See three ways to prosper by adapting to global warming.

When Merri and I first started our farm seminar center we constructed five tipis because they are so adaptable. 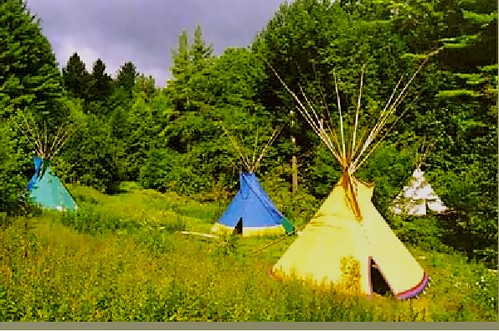 Those we constructed at our farm but have since taken down.

So it is not surprising that we can gain wisdom on how to prosper from change by this man who lives in a tipi. 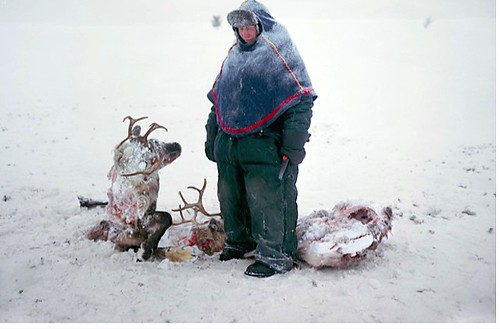 See links to the picture gallery and article below.  The caption to this  photo says: Sven Skaltje was saddened to find the carcasses of two female reindeer whose antlers had become entangled during a dominance struggle in northern Sweden. He estimates it took three days for them to die of starvation. After separating the bodies, he saw from the ear markings that one belonged to him and the other to his cousin. Skaltje is much admired by the younger Sami in his herding group, but he is unsure whether the skills he teaches them will endure.  “Other cultures like the Romans and the Inca, were very important, and they disappeared,” he says.”That is life.”

What I believe this wise man meant was… this is reality.  This is nature. This is evolution.

As old cultures and ideas die away there is sadness… yet in each passing lies the seeds of the Phoenix that will emerge from the ashes.

Another Inuit photo from the October 2011 National Geographic article “World Without Ice” by Robert Kunzig and photographs by Ira Block show that the need for adaptability and change are not new. 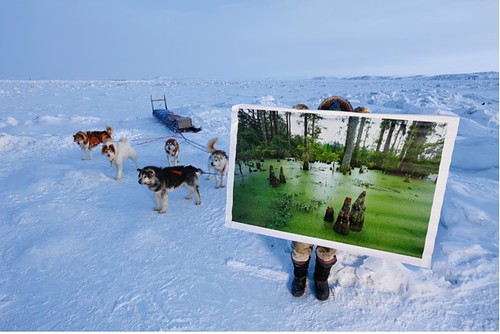 Photograph by Ira Block National Geographic caption: Inuit Johnny Issaluk holds a recent photo of a South Carolina swamp. That’s what his home, near the Arctic Circle on Baffin Island, would have looked like 56 million years ago, when summer water temperatures at the North Pole hit 74°F.  See link to entire article below.

The article begins: 56 million years ago a mysterious surge of carbon into the atmosphere sent global temperatures soaring. In a geologic eye blink life was changed forever.

Earth has been through this before.

Not the same planetary fever exactly; it was a different world the last time, around 56 million years ago. The Atlantic Ocean had not fully opened, and animals, including perhaps our primate ancestors, could walk from Asia through Europe and across Greenland to North America. They wouldn’t have encountered a speck of ice; even before the events we’re talking about, Earth was already much warmer than it is today. But as the Paleocene epoch gave way to the Eocene, it was about to get much warmer still—rapidly, radically warmer.

The cause was a massive and geologically sudden release of carbon. Just how much carbon was injected into the atmosphere during the Paleocene-Eocene Thermal Maximum, or PETM, as scientists now call the fever period, is uncertain. But they estimate it was roughly the amount that would be injected today if human beings burned through all the Earth’s reserves of coal, oil, and natural gas. The PETM lasted more than 150,000 years, until the excess carbon was reabsorbed. It brought on drought, floods, insect plagues, and a few extinctions.

Where did all the carbon come from? We know the source of the excess carbon now pouring into the atmosphere: us. But there were no humans around 56 million years ago, much less cars and power plants. Many sources have been suggested for the PETM carbon spike, and given the amount of carbon, it likely came from more than one. At the end of the Paleocene, Europe and Greenland were pulling apart and opening the North Atlantic, resulting in massive volcanic eruptions that could have cooked carbon dioxide out of organic sediments on the seafloor, though probably not fast enough to explain the isotope spikes. Wildfires might have burned through Paleocene peat deposits, although so far soot from such fires has not turned up in sediment cores. A giant comet smashing into carbonate rocks also could have released a lot of carbon very quickly, but as yet there is no direct evidence of such an impact.

The oldest and still the most popular hypothesis is that much of the carbon came from large deposits of methane hydrate, a peculiar, icelike compound that consists of water molecules forming a cage around a single molecule of methane. 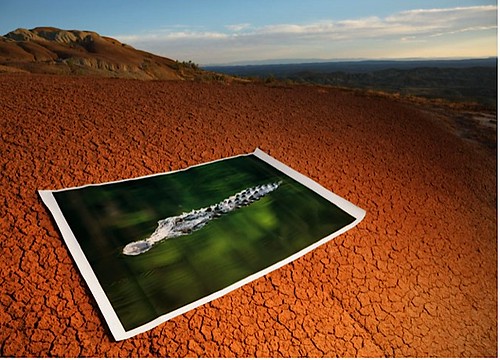 Photograph by Ira Block  National Geographic caption: Today in the arid Bighorn, rust red bands of oxidized soil mark the sudden warming that occurred there 56 million years ago—which dried up the swamps that had been home to reptiles similar to the Okefenokee alligator pictured here.


Some research suggests that we are in the midst of a natural warming trend that began about 1850 as we emerged from a four hundred year cold spell known as the Little Ice Age.

Perhaps there is too much certainty in the world.

Certainty is an illusion of logic and if we combine our intuition with our logic we can adapt ore successfully by acting on events that seem uncertain no matter how illogical they are when they present themselves.

What to Do Now

That’s a lot of change and our world is changing again now.  Many computer models show that Scandinavia seems to be most resilient to ecological and human impacts of climate change. Indeed in the mid-term, numerous cold places, like Britain, Canada and Scandinavia will likely benefit from climate change, with longer, warmer summers, safer climate and increasing crop yields. The same goes for parts of the northern American continent.

Even though the thought begins without logic, Investing North has been incredibly profitable this decade.

Based on uncertainty let’s look more at opportunity in northern climes. We may not know what the weather will do in the years ahead, but we can guess pretty accurately what society will believe about the weather for some years to come.

There is a great chance that there will be a belief in global warming whether it is a reality or not.

So we should take advantage of this and follow the last of the seven clues we have been reviewing which is to adapt and adjust!

One northern area this site has been promoting for years is Scandinavia.

The Global X FTSE Nordic Region ETF seeks to provide investment results that correspond generally to the price and yield performance, before fees and expenses, of the FTSE Nordic 30 Index.

See how to get your multi currency password here.

See more on ETFs from Morgan Hatfield at Ruggie Wealth Management at mhatfield@ruggiewealth.com


Another way to adapt to global warming is to do business in northern areas.

For example our Self – Publishing 202 Tidbit On Kindle course is introducing a self publishing service in Powell River Canada.

One of our readers, after three careers (education, law practice, and business) moved to this small almost-ex-forestry mill town on the British Columbia coast. Many folks in Powell River are immersed in an effort to re-invent this small community (app. 20,000 people).

This idea fits with at least three of the themes we have been repeating for years… Invest in water…  Invest in Smalltown USA (Smalltown Canada may be even better!) and  Invest up North!  Watch for more on this in upcoming messages.


We are learning a lot about self publishing and how to publish for Kindle and more from this small town. 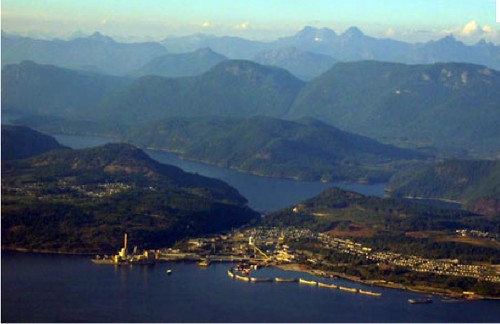 Self – Publishing 202 Tidbit On Kindle Lesson Six has been posted.

A June 2011 Financial times article entitled “Iceland prepares $1bn bond issue” by Andrew Ward said:  Iceland is poised to raise up to $1bn in its first bond issue since the country’s banking sector collapsed in 2008, marking a step towards normalisation of its relations with international capital markets.

The dollar-denominated five-year notes are expected to price this week at around 325 basis points over mid-swaps, Europe’s reference rate, according to people familiar with the sale. The sale is managed by Barclays Capital, Citigroup and UBS.

A successful issuance would highlight Iceland’s gradual recovery from crisis and strengthen its public finances as the country nears the end of its International Monetary Fund bail-out this summer.

Iceland was one of the first European countries hit by the financial crisis but investors now view its debt as less risky than that of several more recently crisis-hit nations.

Iceland’s sovereign credit default swaps have fallen to their lowest level since the crisis at around 210 basis points, just below Spain’s and well below those of Greece, Ireland and Portugal.

Since the European debt crisis has now spilled into Italy… the US dollar may strengthen more and Icelandic bonds are a way to earn higher yields.

That’s quite a bit to fill our mental tipis with for a day… but as with tipis these ideas may seem strange but it will be unusual adaptable ideas that help us proper during change.

Learn how to make your mind more adaptable and how to invest north at our Mt. Dora.

The People Who Walk With Reindeer