Here is an excerpt from our upcoming lesson in our Self Publishing 202 – Tidbits on Kindle a real time online course built on how we are developing our publishing business via Amazon.com.

Self Publishing 202… Tidbits on Kindle


This lesson looks at our current Kindle plan and shows why authenticity is one of the most powerful and lasting assets your self publishing business can have.

Photos can help develop authenticity but currently do not fit into our Kindle publications but photos do fit into our overall plan. 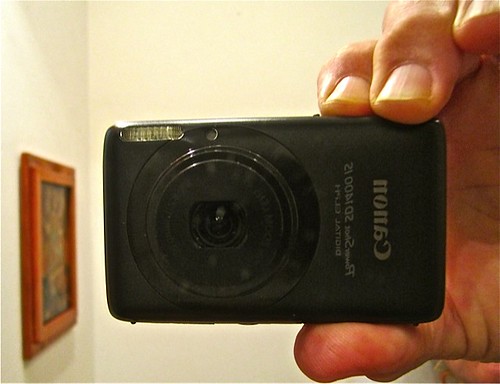 Often readers ask about our photos.  How we get them and what processes we use.  I carry my small pocket camera everywhere and shoot relevant shots when visual cues I see create publishing ideas.  This makes it easy to incorporate the photo into the message theme.

Pictures are important in publishing.  Studies have shown that pictures with relevance in online articles help strengthen the message… but fluff generic shots reduce effectiveness.

This is a reminder of the importance of authenticity.

This looks at the importance of authenticity in your Kindle (and all) publications (and all business as a matter of fact). Then we’ll look at how authenticity has helped Merri and me earn for 43 years, year in and year out, through good time and bad in our publishing and international business.

Authenticity is especially important for a micro businesses because small does not have the market acceptance that huge expenditures on brand advertising  can provide to a big business.

In this era of transition being small is a benefit because:

#1: Micro businesses do not have to factor in ad costs so much.

#2: Micro business can be authentic more easily.  Developing a corporate culture is difficult.

#3: Technology has made it easier to run a small business at the same time it is eroding the power of broadcast and erasing the dimensions of time and space.

Technology is also eroding the three dimensions of height, width and depth.

In the old era the maxim… a picture is worth a thousand words was because we believed in what we saw.  No longer!  Digital photography has erased the authenticity of photography and shifted it further from a science to an art form.

Recently one of the messages at our website had a photo I shot of a blue heron in our front yard. 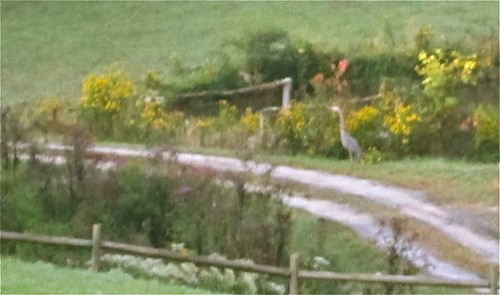 A reader wrote this and commented that it looked more like a painting rather than photograph.  That’s in part because even on my Mac Book Pro, the simple iPhoto allows me to change the colors and textures of this shot. 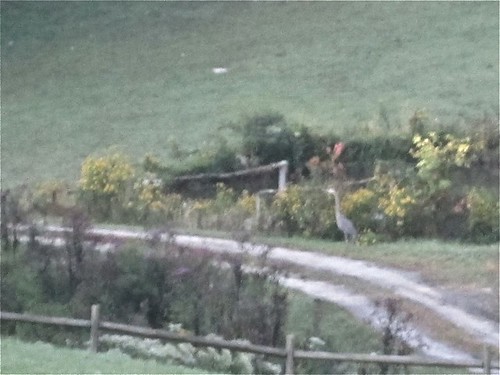 After posting a scan of a really old Hong Kong photo of me with my sales team from the 1960s, a reader sent me… 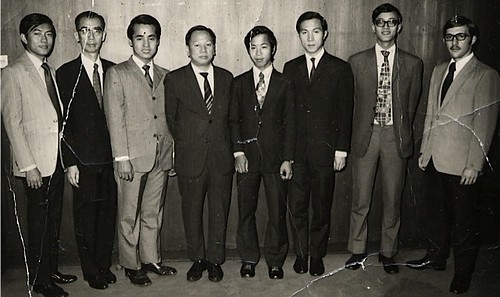 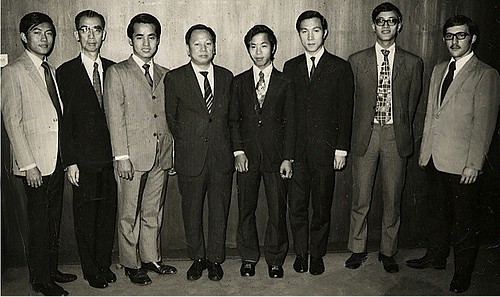 Technology has reduced the dimensions of time and space…but in addition it has eroded the dimension of truth.  This is a huge  groundswell shift which can create all kinds of business and publishing opportunity.

A September 3, 2011 Economist article entitled “Cameras get cleverer confirms this shift and says:  New approaches to photography treat it as a branch of computing as well as optics, making possible a range of new tricks.

Photography can trace its roots to the camera obscura, the optical principles of which were understood as early as the 5th century BC. Latin for a darkened chamber, it was just that: a shrouded box or room with a pinhole at one end through which light from the outside was projected onto a screen inside, displaying an inverted image. This, you might think, is a world away from modern digital cameras, brimming with fancy electronics which capture the wavelengths and intensity of light to produce high-resolution digital files. But the basic idea of focusing rays through an aperture onto a two-dimensional surface remains the same.

Now a novel approach to photographic imaging is making its way into cameras and smartphones. Computational photography, a subdiscipline of computer graphics, does not simply capture single images. The basic premise is to use multiple exposures, or multiple lenses, to capture information from which photographs may be derived. These data contains myriad potential pictures which software then converts into what looks like a conventional photo. More computer animation than a pinhole camera, in other words, though using real light refracted through a lens rather than the virtual sort.

Dr. Ng has figured out a way to capture lots of images simultaneously. This approach is known as light-field photography, and Lytro’s camera will be its first commercial incarnation. In physics, a light field describes the direction of all the idealised light rays passing through an area. Dr. Levoy’s and Dr. Hanrahan’s seminal paper described a new way to model this field mathematically. Now, 15 years later, Dr. Ng has worked out how to implement the technique using off-the-shelf chips.

Dr. Ng’s camera uses an array of several hundred thousand microlenses inserted between an ordinary camera lens and digital image sensor. Each microlens functions as a kind of superpixel. A typical camera works by recording where light strikes the focal plane—the area onto which rays passing through a lens are captured.

For now, though, Lytro is targeting internet photo-sharers. It will let owners of its camera upload the image data and the processing tools to Facebook and other social networks. The firm has reportedly already raised $50m. Investors must be hoping that consumers find all the irritants that Lytro’s camera removes, like blurred or dim pictures, niggling enough to want them eliminated once and for all from their holiday snaps.

These changes in photography alter business and how it will move forward in ways we can only just begin to understand.

You can learn more about how to earn income publishing Kindle books on Amazon.com here.

Changes in photography show why most investors and businesses have huge risks from change.

When we think about photography we can understand risk from change better.  Look at what has happened to investments in Xerox or Kodak… businesses that did not change with technology.

Even leading edge businesses like Netflix are having hickups keeping pace.

This firm is trying to shift its focus from CD to streaming and has lost 57% of its share value this year and over half its share price in the past year as this chart of the Netflix share price shows.

Amazon.com and Hulu are wiping up on Netflix right now.

One way to overcome the risk of change is to make venture investments in companies like Lytro… the light-field camera makers. See a link to Lytro’s which is financed so far by private placement only but watch for this technology opportunity and see a link to Lytro’s website below.

Another way is to stay well diversified and be ready to shift your asset classes like  JGAM does for me and many readers of this site.  JGAM’s latest Portfolio outlines the the importance of staying on top of market shifts and adapting to change.

JGAM wrote: On 14 September, JGAM’s Investment Committee held an ad hoc meeting deciding to make use of a rebound in the stock and corporate bond market to sell securities and thereby unload risk. The decisions have been carried out and we are now underweight on all asset classes except cash (US dollar) and alternatives (gold and grains).

The world’s leading central banks have intervened and is now supporting European banks with unlimited US dollar (USD) funding. See our Market Update on 16 September for details on this. It’s our interpretation that this action from central banks underlines the seriousness of the situation in Europe and that unlimited liquidity does not solve the fundamental problem that many European banks will become insolvent if or when Greece defaults on its sovereign debt. A default could cause another financial crisis similar to the one we experienced in 2008.

Furthermore, we have made some adjustments in the equity part of the portfolios, reducing risk exposure by selling the following mainly cyclical and/or EUR exposed stocks; Neurosearch, Bayer, Telefonica, Toshiba, Suez Environment, Cisco and iShares MSCI Asia.

Finally, we have changed the loan mix on leveraged portfolios from a mix of yen (JPY), USD and EUR to a 100% EUR funding. We expect EUR to depreciate if or when Greece default.

To us, it’s no longer a question whether Greece will default, the question is when. Central banks and other policymakers are trying to buy time and postpone the default in order to give European banks sufficient time to become enough capitalized to be able to survive another financial crisis. We have now protected your portfolios better against the rising and already high risk that this risk scenario will play out.

Learn how JGAM can hep you invest to protect against the risks of change by contacting Thomas Fischer at Fischer@jgam.com

Join Merri and me with Thomas Fischer this October in North Carolina.  See how to invest and earn into 2012.