There is a growing profit potential in international micro businesses in migration. 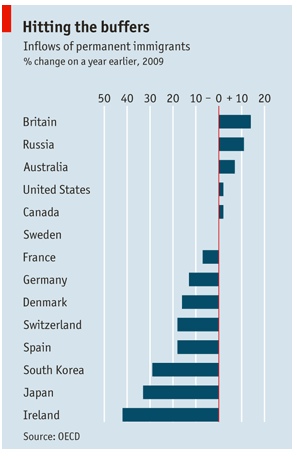 More people than ever before are moving… globally.  Technology… and changes in politics and economies are the driving forces.

LISA RAKOCZY arrived in north London in the mid-2000s from Krakow to study English, hoping to support herself by working as a cleaner. All went well—until the crash and ensuing economic crisis hit her previously prosperous clients. Competition for jobs became fiercer as middle-class families started to spend less on household help. For a while, she eked out enough to pay for her language course by cleaning lavatories in railway stations. Later, her sister, a teacher in Poland, helped her to make ends meet. But by the end of last year, Ms Rakoczy had tired of the trials of an immigrant’s life and headed home.

A typical case, you might think. Indeed, in the wake of the crash, many immigrants have gone back. Just as predictably, many would-be emigrants have stayed at home, either because moving abroad no longer seems worth the effort or because immigration rules in many countries have become more restrictive.

Yet at the airport, Ms Rakoczy may have crossed a young Briton bound for Shanghai, a Chinese computer programmer moving to Canada or a Portuguese worker on his way to oil-rich Norway. The recession has not stopped all migration, but rather led to new patterns and different destinations. Never before—or at least not in recent history—has the map of global migration been at the same time so varied and so changeable.

In past decades… businesses moved to where conditions were best.  Textiles moved from the USA to Japan… then Hong Kong, then Malaysia… then places even less expensive like Viet Nam.

Now people are moving where conditions are best… so in a poor economy Ecuadorians, Mexicans and other South Americans head north… while gringos with pensions and Social Security find living conditions better in South America.

Take for example the ability to enjoy luxury.

A hotel like the best boutique hotel in Ecuador Mansion del Angel wold cost a thousand dollars a night in big city USA.  Yet in Quito this experience is still affordable. 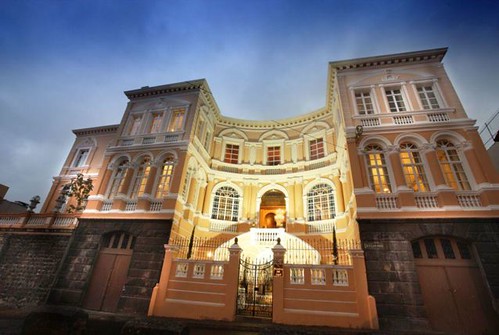 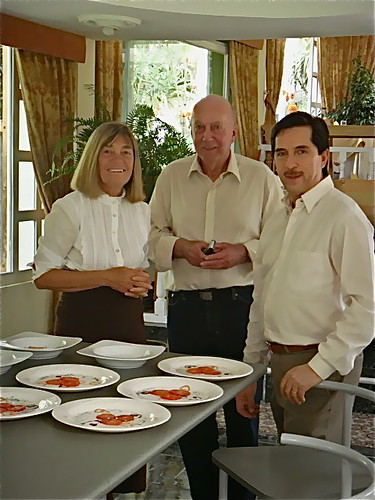 Merri and I have been friends with Michel and Jorge for decades so we were delighted to learn that they were moving their luxury Quito boutique hotel to a larger and grander building.

This magnificent Quito boutique hotel where every room from… 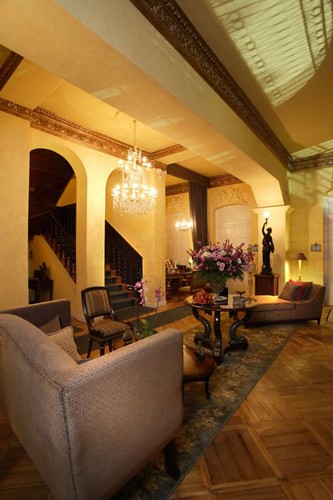 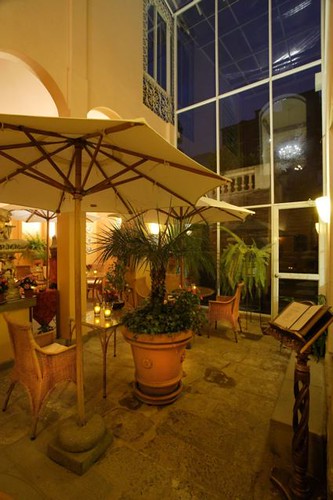 the restaurant, to the… 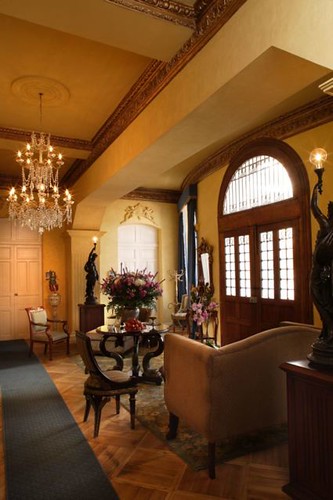 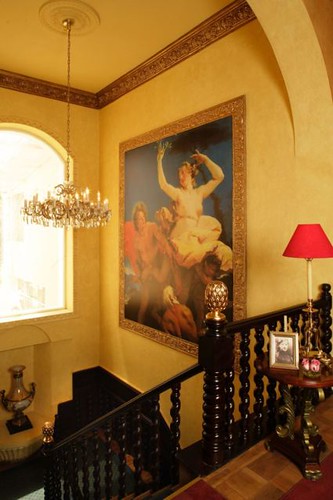 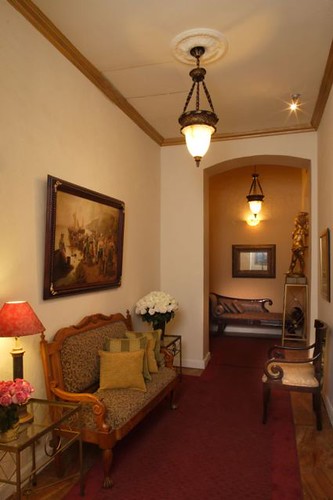 passages defines luxury in Quito which has some excellent boutique hotels.

However when it comes to boutique hotels in Quito the Mansion raises the bar to the highest level of luxury and service. 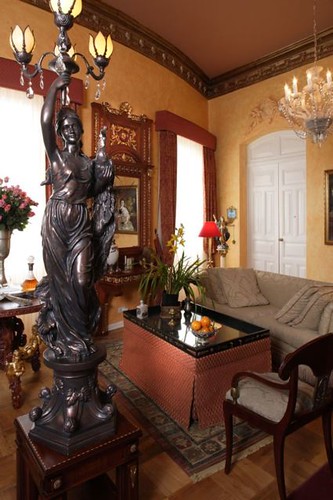 BOUTIQUE HOTEL MANSION DEL ANGEL
Here is a note we recently received from the owners.

Recently, we were extremely proud to have received the mentioning of 4.5 points of a total of 5 from TRIPADVISOR, indicating that Mansion del Angel was named throughout the entire year as Number One of any establishment in Quito.  That, of course, is a big responsibility and we are working hard to
maintain this. I might add, Gary, that when you started to promote Mansion del Angel the first year it certainly gave a big push of which we were very happy.

Again, the rates have not been changed since the beginning and will remain for 2012 as well. We maintain them at US$ 150 for the Standard Room, either with a Queen bed or twin beds. Next the smaller suites with a King bed or Queen Twin beds at US$ 220 and finally the large Deluxe Suites at US$ 275 with either King or Full Queen bedding. All rates are per night AND INCLUDE FULL AMERICAN BREAKFAST, COMPLIMENTARY AFTERNOON TEA, A DAILY CITY TOURISM TAX AS WELL AS 22% TAXES AS PER GOVERNMENT REGULATION.

Most hotels quote a rate and then add the 22% service and tax.

Ecuador Living Club members can see the discount they receive at the Mansion at the password protected club site.

Learn how to be an International Living Club member here.

Affordabilty and mobility create business opportunity.  Seminars and tours can be provided in luxury at prices that delegates can afford. The opportunity comes from all the movement. Those who move to new places have many things to learn. Seminars, tours and events are a great way to teach them.

Profits can come in both directions… teach Americans about other countries. teach those in other countries how to move to the USA. This is just one example.

Imagine the profit potential alone that is forming in the Middle East and Africa.  How to enter… or leave… Libya as an example, or Egypt.

Learn how to earn with a seminar or tour micro business.


Read the entire Economist article “Migration after the crash  Moving out, on and back“