Social medical problems can add weight to your portfolio. 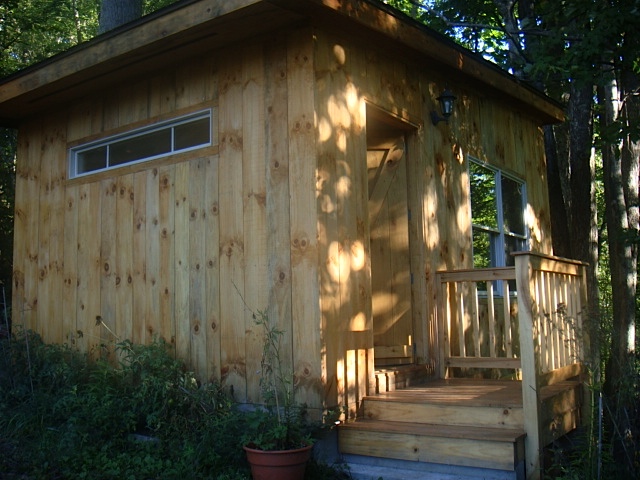 When at our North Carolina farm, I get up five mornings a week, go out to a special room we built in the forest and… 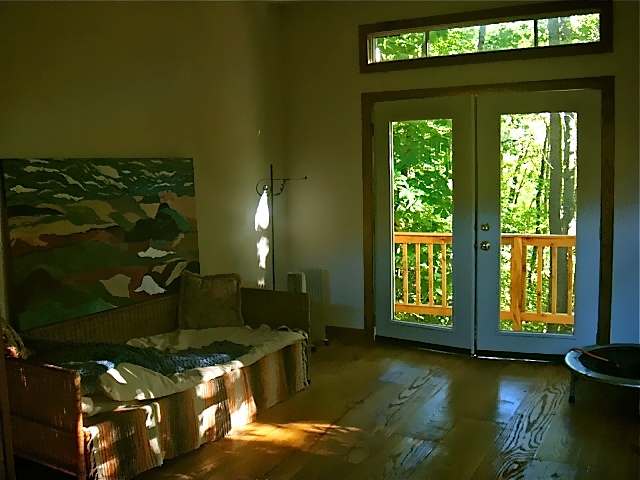 We have a far infrared sauna there so I have a good sweat and also do stretching, balancing and breathing exercises.

Then we take a walk or use the rebounder also in the forest room.

We have a similar set up at our Florida home and in Ecuador because investing in your own health is one of the best investments we feel that we can make. This obviously brings rewards beyond money but even if you look at it just from a monetary point of view… anything you can do to avoid medical costs is probably a well spent investment because medical costs can be so high.

In fact the high costs of medical care are creating a heaviness that can pull down the purchasing power of your savings and future.

The US has an estimated $40 trillion of unfunded medicare liabilities.  All the wealth in the US is estimated around the mid $50 trillions.

Here is the conflict.

According to massmed.org the website of the Massachusetts Medical Society, the statewide professional association for physicians and medical students:  An unhealthy weight can hurt all parts of your body. Health issues that are associated with overweight and obesity include:

This creates a big potential three way collision… freight train… zeroing in on a tank… both hit by a meteorite.

Force #1: Americans are gaining weight.
Force #2: Added weight increases health care costs.
Force #3: Congress has promised to future senior citizens but has made no provision to pay for these promises.

Here is the crunch… we are still getting fatter.  The problem has now increased. An Associated Press published in many US papers July 7, 2011 says:   We’re getting fatter. In 1995, no state had an obesity rate above 20 percent. Now, all but one does.

An annual obesity report by two public health groups looked for the first time at state-by-state statistics over the last two decades. The state that has the lowest obesity rate now — Colorado, with 19.8 percent of adults considered obese — would have had the highest rate in 1995.

“When you look at it year by year, the changes are incremental,” says Jeffrey Levi, executive director of the Trust for America’s Health, which writes the annual report with the Robert Wood Johnson Foundation. “When you look at it by a generation you see how we got into this problem.”

The study, based on 2010 data, says a dozen states top 30 percent obesity, most of them in the South. Mississippi topped the list for the seventh year in a row, with Alabama, West Virginia, Tennessee and Louisiana close behind. Just five years ago, in 2006, Mississippi was the only state above 30 percent.

No state decreased its level of obesity, which is defined as a body mass index of 30 or more. The body mass index is a measurement based on a calculation using a person’s weight and height. A person who is 5 feet 5 inches and weighs 150 pounds would have a body mass index of 25, for example, but if that person weighed 180 pounds the BMI would be 30.

Although body mass index isn’t always the best indicator for someone with a lot of muscle, such as an athlete, it is considered the best way to measure the general population. The authors of the study say it allows them to measure large numbers of people because those surveyed can easily provide their height and weight.

There was a bit of good news in the report: Sixteen states reported increases in their obesity rates, down from 28 states that reported increases last year. Levi says those increases have been gradually slowing, most likely due to greater public awareness of health issues and government attempts to give schools and shoppers better access to healthier foods.

“We’re leveling off to some degree at an unacceptably high level,” Levi said.

What can we do?

One answer is to improve our nutrition.  One improvement for many is to decrease portion size, eating a variety of foods while getting the right amount of nutrients.

Another approach for health problems and health costs is to move to places where health costs are lower and it is easier to have healthier habits. 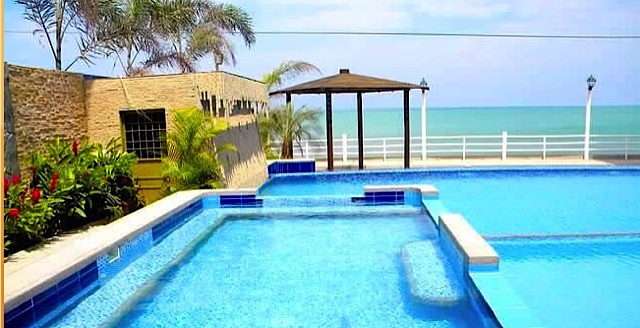 A third way to enhance good health is with frequency modulation.

Our seminars use frequency modulation (in music and a number of other ways) to integrate  brain waves so the process of absorbing, processing and recalling information is vastly accelerated.  This brings forth the three C’s:  Calm, Clarity and Coherence.

FM Plus Frequency Modulation/Full Mode Plus

FM Plus works by focusing on the learner first… the data second.  FM Plus “grows the learner” rather than just expands the information.  The explosion of data we must all process everyday means there is too much information to process already.   Let’s view this learning in terms of plumbing to outline what “Growing the Learner”  means.

If you have 4.5 inches of information flowing through a 4 inch learning pipe, the solution is not to add another inch of information.  The answer is to first create a six inch pipe and then an even larger pipe…a never ending expansion of abilities!

FM Plus incorporates Frequency Modulation…  plus shortcuts to expand the learner’s thinking and information processing ability.

First, you learn how to evoke the power of the senses thus super-charging memory. Ever hear a song from twenty, thirty or forty years past and in a snap know all the words, the tune and remember with who and where your heard it decades ago? Learn how to use ten cycle music to gain almost super human thinking powers.

Dr. Lozanov was totally committed to learning without stress, to enjoy the thrill of relaxed, leisurely learning.

Plus we listen to 60 beat ten cycle classical music as we work. You could count the number of times I’ve missed this meditation routine in the last 20 years on one hand. This has helped us enormously.

We have learned many forms of meditation and continue to meditate for all these decades because it is so simple… yet effective that we find it easy to do even with a busy schedule.

Dr. Norman Rosenthal who led the team that described Seasonal Affective Disorder and pioneered the use of light therapy for treatment.  He is the chief resident at Columbia Presbyterian Hospital and the New York Psychiatric Institute and has written a book “Transcendence: Healing and Transformation Through Transcendental Meditation”.

He has been researching Transcendental Meditation as a means to combat related post-traumatic stress disorder (PTSD) and said  “on the finding that heart attack, stroke and mortality rates were reduced by 47% in coronary patient who practised Transcendental Meditation offered this thought, ‘If this kind of result was observed for a new prescription drug, it would be a billion-dollar industry to make it available to everyone immediately’.

Second, we use 60 cycle music, along with deep breathing exercises for relaxation.  These move the mind into Alpha and deeper states as well. Health benefits are gained as blood pressure can drop, heart rates slow and the mind becomes calmed.

Scientific double blind studies comparing effects from TM and baroque music show that they both deliver powerful and similar results. 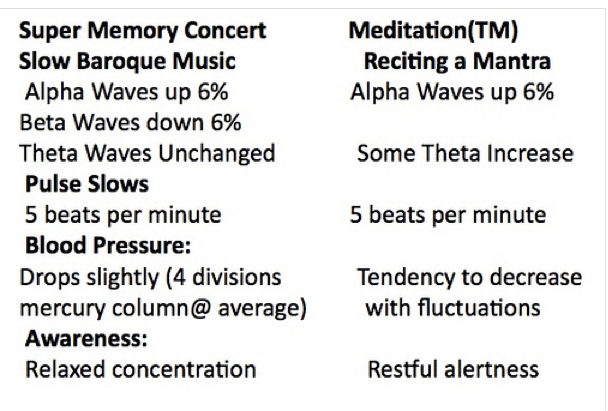 This can be as simple as listening to relaxing Baroque music such as Handel’s Water Music. A few others compositions at this cycle include Beethoven, Bach, Vivaldi, etc.

Music has been used for centuries to induce states…babies being lullabyed to sleep, sea chanteys and harvesting songs to ease workers while laboring. Eastern mystics and South American shaman have used music to carry them to unusual states of consciousness.

Your body relaxes and your mind becomes alert in these simple forms of relaxation.

Soviet psychologist, I.K. Platonov, found it was possible to just use a metronome beating at 60 to enable the mind to take in and hold more strongly.

Here is a portion of some of the recommended music provided with that study.

Bach, J.S.: Largo from Concerto in G Minor for Flute and Strings. Bach and Telemann Flute Concerts and Aria to The Goldberg Variations.

Corelli, A.: Sarabanda (largo) from Concerto #7 in D Minor.

Handel, G.F.: Largo from Concerto #1 in F. Music from the Royal Fireworks.

6 Fantasias for Harpsichord Vivaldi, A.: Largo from Winter. The Four Seasons

See how to use music to learn how to speak Spanish in just four days.

Everything is frequency.  When we are in balance, our frequencies give us good health and boundless energy.   Yet there are many frequencies in the modern world from noise to fast food to micro-waves that disturb our natural frequency balance.  Balanced music can help restore your balance.

A third avenue that helps the mind slip into the zone is Theanine (chemical name: r-glutamylethylamide) one of the chemicals found in green tea. Theanine is used to reduce stress and anxiety without the tranquilizing effects found in many other calming agents. Scientific evidence shows that Theanine stimulates the brain’s production of alpha waves, making the user feel relaxed but alert and not drowsy. It also helps the body produce other calming amino acids, such as dopamine, GABA, and tryptophan. As might be expected from a calming supplement, Theanine may be able to lower elevated blood pressure as well.

You can learn more about how to use FM for greater intelligence and enhanced health from us in three ways.

#2: We use FM in our Super Thinking + Spanish courses.  Read more.

Read An unhealthy weight can hurt all parts of your body.

← What R U Going to Do? - Part Six Multi Currency Investing for Rich/Poor Wait on Weight - Health Tip →