7 Ways to More Safety and Profit

Here are 7 ways to more safety and profit on your savings.

Safety & Profit Idea #1: One way to beat the bankers is with a high interest paying multi currency spread.  For example the US dollar interest rate right now is 0.18%… not enough with high gas prices to even drive to the bank.

Instead invest equally in a spread of these seven currencies that earn on average 7.12%  per annum.

In addition to a high yield, you gain diversification into seven currencies and four regions.

The question is why choose these seven currencies?

There are several reasons.  First, they have much higher interest rates than the traditional Western currencies, US dollar,  euro,  Japanese yen,  British pound;  Norwegian, Danish and Swedish kroner.

The third most important reason is that these currencies have some good fundamental underpinnings. 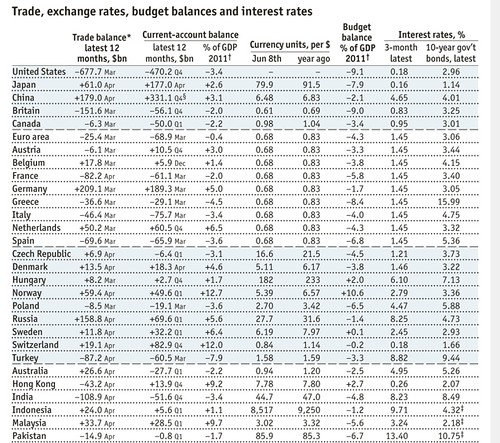 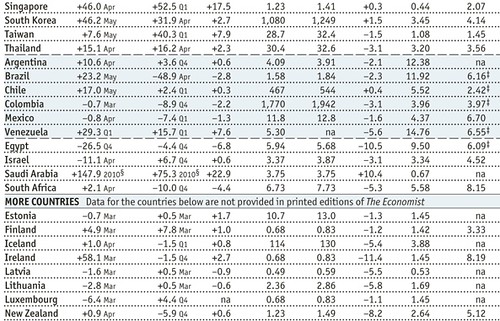 Compare Australian fundamentals to the USA and eurozone.  Australia has a positive trade balance 26.6 billion in the last 12 months (USA -677 billion – Euro -25.4 billion) and the Australian budget balance at -2.7% is manageable (USA -9.1% – Euro -4.3%).  Though these fundamentals are the lowest of these seven currencies in this portfolio.

Brazil has a 23.2 billion trade balance and -2.3 budget balance.

Chile has a 17 billion trade surplus and a 0.4% budget surplus.

Hungary has great fundamentals and a 8.2 billion trade surplus and 2% budget surplus.

Russian looks even stronger with a whopping 158 billion trade surplus and only -1.4 budget balance.

Indonesia seems surprising to many with a 24 billion trade surplus and a small -1.2 budget deficit.

Why? Because it is the best dollar alternative.  AUD  pays 4.95% versus 2.64% in New Zealand and 0.9% in Canada.  Yet Australia has the best current fundamentals.

Why?  During inflationary times commodity prices are likely to rise.  This means that commodity rich countries are more likely to have trade surpluses which help make a currency strong.

This is an actively-managed ETF with broad exposure to money market rates and currency movements of  major commodity-producing countries in major export and geographic sectors.

The CCX ETF can hold up to 10 currencies on an equally-weighted, annually selected, and rebalanced quarterly approach. The fund employs daily active management of the underlying investments. The fund invests in Australia, Brazil, Canada, Chile, Indonesia, Mexico, New Zealand, Norway, Russia and South Africa.  Interestingly these are also most of the currencies we chose in the portfolio above based on a different analysis.

The seventh way to gain added safety and profit is to create a micro business that allows you to be where you choose… and earn… even more than the banker.

There is a universal value that comes with the ability to serve. This is a reality that has never changed… never will and the ability of the small business to serve effectively is enhanced by modern technology.

We can help you create your own micro business in numerous ways.

These online courses are:

“Self Fulfilled” – How to be a Self Publisher

“Tangled Web” – How to Have an Internet Business

“Event – Full Business” – How to Run a Seminar or Tour Business

Learn more about all seven of these depositor’s revenge ideas at our June 24-26 International Investing & Business seminar in West Jefferson. We have three places left.