Many years ago an article about Ecuador entitled “Americans Shift Abroad” posted at this site. 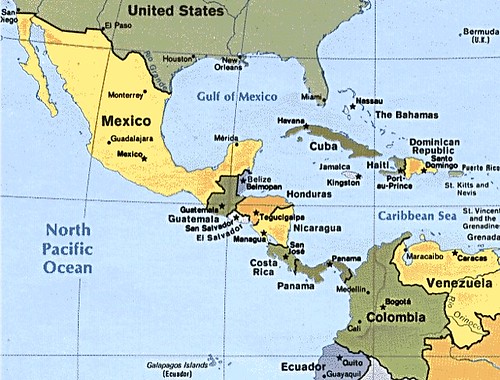 The article said:  “60 million baby boomers will begin to retire in just a few years. Many of their pensions and social security will be severely squeezed by inflation, leaving these people with one of five options.

#2: Move to less expensive areas within the US

#4: Live in near poverty

This is why I also believe in Ecuador.  Imagine this.  60 million boomers will retire over the next 20 years. We boomers are the most spoiled group of consumers as a demographic class that has ever existed on earth. We were promised the world. We were given the world. Now the magic is about to disappear.

Assume that 10% of these will decide to move to less expensive countries. That’s 6 million people. Where is the most likely place to go? Eastern Europe offers great potential but are long distances from the US .

Canada is out…too expensive and too cold. Most people will head south.

Mexico stands to be #1, but prices there are rising quickly and there is a lot of anti-gringo sentiment. After all there have been numerous Mexican-American wars. The building of a fence across the border will not help either. Yet it’s still probably the place that will benefit the most due to location.

Cuba.  By then will be ripe and good as well. A great place to be when you can assume no negative political circumstances. The low end Caribbean is also good except for those darn hurricanes that will put lots of people off…plus many water and transportation problems and the fact that few of the islands have a real infrastructure.

Security concerns have diminished American and Canadian interest in Mexico. We have seen many readers shift from Mexico to Ecuador.   So we have continued asking…”What’s next?”
Before I make this upcoming prediction… let me add that Merri and I are usually looking seven to ten years in advance.  We have been in Ecuador for 15 years, but the boom did not start until 2008.
We are pioneers usually in before the boom and out before the boom peaks.
With this in mind we have been keeping our eye on Cuba.

Cuba has low cost, low cost…. incredible access to the USA and offers some interesting services such as medical care.

The article says:  Raul Castro realises Cuba’s communists “made real mistakes out of idealism”, the Cuban President Raul Castro has said top political positions should be limited to two five-year terms, and promised “systematic rejuvenation” of the government.

President Castro was speaking at the start of the first congress of Cuba’s ruling Communist Party in 14 years.

He said the party leadership was in need of renewal and should subject itself to severe self-criticism.

The proposal is unprecedented under Cuban communism.

Mr Castro, 79, made clear the limits would apply to himself.

He took over from his brother Fidel in 2008 and between them they have ruled Cuba for 52 years.

He acknowledged that “the confidence of the majority of Cubans had been tested, with regard to the party and the revolution”.

In his speech, Raul Castro said the limit of two consecutive five-year terms would apply to “the current president of the Council of State and his ministers” – a reference to himself.

There is no talk of political change inasmuch as Cuba’s rulers are going to allow other parties or hold more open elections.

However, I think they have seen what has been happening around the Arab world and are thinking it is best to be pro-active.

Very clearly, allowing presidents to stand for just two terms is a way they see of helping people get used to the idea that change is on the way.

Much of what he said concerned his plans to reduce the role of the state in the economy and encourage private enterprise.

It would take at least five years to update Cuba’s economic model, Mr Castro said.
Free education and healthcare would still be guaranteed, but mass subsidies of basic goods would be removed and social spending would be “rationalised”.

Mr Castro said 200,000 people had already registered as self-employed since changes were announced last October, doubling the number of Cubans working for themselves.

But he insisted the socialist character of Cuba would be “irreversible” and accumulation of property would not be allowed.

The general American public (US citizens wherever they live and non US citizens who are resident in the USA) cannot yet visit Cuba.

Journalists, government officials, those with relatives in Cuba, full-time professionals (including doctors, dental hygienists, environmentalists and actors) going to conferences or doing research, have been able to go to Cuba, under a General License.

Other activities that have been approved with a specific license include:

Rules are continually changing and one should stay current at the official US government site www.treasury.gov/resource-center/sanctions/Programs/Documents/cuba.txt . This site is currently be updated to reflect 2011 rules.

We are working with a Canadian Chiropractor who is researching longevity and is visiting Cuba to check out opportunities and how medical tourism in Cuba may evolve.

Everything in the universe vibrates to a natural rhythm.  All reality runs in peaks and valleys, rises and falls. Great nations, strong concepts and beautiful ideals expand and wane.

Often nature’s waves are hindered by mankind… levees, laws and blockades contrary to the forces of nature.  Such blocks eventually create ruses… even floods of opportunity. We are fortunate that technology allows us to see and be mobile to follow such currents.

Ecuador enjoys a rising tide now.  If Cuba comes next, we’ll be prepared and hope we can help you be ready too.

Meet the Canadian Chiropractor and hear his comments about Cuba at our June 24 to 26, 2011 International Business and Investing seminar.

See how to attend this seminar FREE!

← Evolution in Ecuador and Guess Where Ecuador Rentals →