Proud As a Peacock?

Proud as a Peacock? 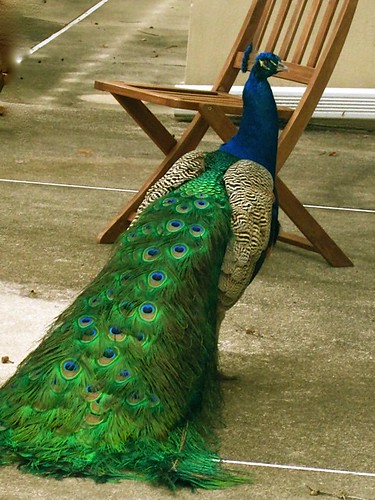 Merri and I have seven peacocks that strut round our house.  They have a lot to be proud of but… 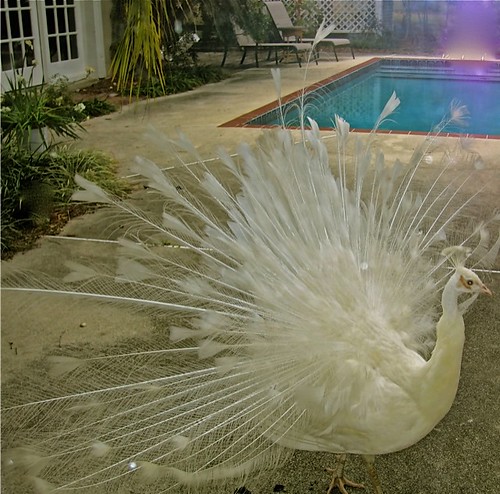 one of the greatest sins in investing and business (perhaps in all of life) is false pride.  Too much pride can bleed you white like half of the peacock flock that visits us at our home in Florida.

Perhaps the US government should reflect on this and like the peacocks cry… Help! Help!

A NYT Alert said: Americans are more pessimistic about the nation’s economic outlook and overall direction than they have been at any time since President Obama’s first two months in office, when the country was still officially ensnared in the Great Recession, according to the latest New York Times/CBS News poll.

At a time of rising gas prices, stubborn unemployment and a cacophonous debate in Washington over the federal government’s ability to meet its future obligations, the poll presents stark evidence that the slow, if unsteady, gains in public confidence earlier this year that a recovery was under way are now all but gone.

Such public moods have a way of being self fulfilling which is why everyone should have a way to invest and earn abroad.

I was reminded of the first book I wrote in the 1970s entitled “Passport to International Profit.”

One chapter there was about the “Concept Conversion Trick” and says:

This trick trades people’s individual freedoms for a shiver up the spine when the song is played the piece of cloth is waved. The Concept Conversion Trick turns spirit into matter. Like trading love for a beautiful plastic doll. When the trick has been pulled and the dust settles, the people realize too late what has happened. Anyone who steps out of line is called unpatriotic or even criminal. He is swatted down by the bureaucracy or police force, crushed with overwhelming power or made an example of so others will tow the mark ‘for the good of society’.  All this is done in the name of public interest.

If this writing sounds prophetic having been written 25 + years ago, it was not. Any simple review of any previous great society shows this trick and evolution. Like the Roman Empire, things may get better for a while, then worse and then better again. In the long term, as societies age, they lose their original vibrancy and life.

Should we be surprised? Does not every single thing in this universal existence develop in the same way, vibrant and flexible while young and growing thicker and more brittle with age?  Personally I am proud to be American but do not have false pride in the economic rational of the US government.

This is why I have almost always bet against the US dollar and why my business has been global for nearly 40 years.

This is why our sites have a strong focus on multi currency investing.

There are several ways to be a multi currency investor.

The first way is to find a bank that will let you invest globally. I use Jyske Bank. Because I am a US investor I use their independent subsidiary Jyske Global Asset Management.

If you have an advisory account (minimum $1 million), you can buy bonds and shares almost anywhere via JGAM.  Plus you can leverage accounts by borrowing low and depositing high.

Investors who invest less than $1 million can have managed accounts (minimum $100,000).

Here is an example of a JGAM low risk port

Here is their medium risk portfolio with leverage. 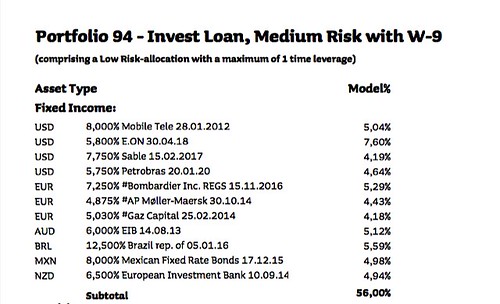 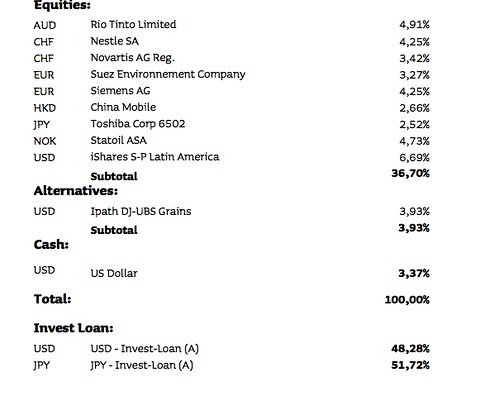 Note that JGAM has now moved their leverage 1/2 to Japanese yen as well as the US dollar.

Investors with less than $100,000 or who want to keep their money in the US can invest in numerous Exchange traded ETFS.

There are currency-based ETFs for all four of the BRIC nations (Brazil, Russia, India and China).

Rydex invented the currency category in ETFs, launching the CurrencyShares Euro Trust (NYSEArca: FXE) back in 2006.

The Borrow Low Deposit High strategy is relatively simple. Investors borrow in low cost currencies (such as the the yen and the U.S. dollar) and then  invest the proceeds in high yielding currencies (such as emerging currencies like the Brazilian real, Russian ruble  or Mexican peso). The New Zealand and Australian dollars have also offered high rates.

This tactic has really helped me for over two decades but the ETFs offer far greater diversity.

Some of the ETFs take both long and short positions in up to a dozen currencies. This makes this leveraged investment available to almost every investor.

While “Borrow Low” is not a problem (US and Japanese rates are really low) it’s not so easy to “Deposit High”.  Many other developed countries have had really low interest rates also.

However as inflation takes its bite, many developing nations will raise their rates.   Professional managers playing the “carry trade” will pay particularly close attention.  We as individual investors should pay attention as well.