Surviving Shifts Part III – Frequency in the Range of Smell

Learn below how frequencies in the range of our sense of smell can enhance our health, wealth as they help us survive and prosper during shifts. 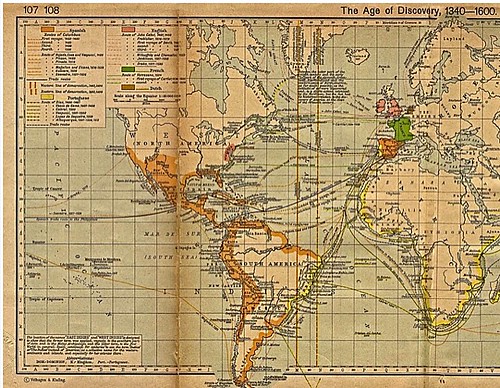 not work.  Imagine trying to navigate with a musty smelling old map like this.

Yet in investing… in business… in all of life that’s all we have… an obsolete education leading us into a dynamic future. We need other tools to beat the tyranny of reason.

The economic and social order has fundamentally changed bringing a new set of realities that we’ll have to survive (and profit from) for generations to come.  Neither investing nor business will be the same in the decade ahead. Because markets, societies and opportunities have changed we also must adapt… beginning within. We need to become smarter… wiser… and more aware.Those who do best during these shifts are those who enhance all of their senses and integrate them with intuition.  They can then tap into deeper knowledge and gain a broader, more stable reality.

Yesterday’s message looked at the sense of vision and how light can show us reality.

Today we review the frequencies we know as smell. We can harness great power through smell.  The art of perfume has a long history in the Western World beginning with incense in Mesopotamians about 4,000 years ago.

Incense made its way to Egypt and became very popular. Egyptians carried perfume with them from birth until after their death.

Perfume was important in Biblical times. There are frequent messages in the Bible including the gifts of three wise men: gold, frankincense and myrrh. Moses was commanded by the Lord to “take unto thee sweet spices, stacte and onycha and galbanum…with pure frankincense…And thou shalt make it a perfume.”

Greeks and Romans soaked their skin in oils because it gave them pleasure, and helped protect their bodies from the drying effects of the torrid sun.

The Roman public baths were spectacular, and the baths of the Emperor Caracalla were the most famous. One room, called the “unctuarium,” had shelves with pots of unguents, jars of fragrant oils, and essences in bottles of varying size. The Romans indulged in the practice of applying perfume three times a day.

With Alexander the Great’s invasion of Egypt in the 3rd century BC, the use of perfume and incense became even more widespread in Greece. The Greek Theophrastus of Athens discussed the various carriers of scents, the essential oils and their plant origins, and even the effect of various scents on our moods and thinking processes. He also researched how we perceive scent, and noted the connection between the perception of odors and taste.

Cleopatra, knew the power of scent, and used perfume lavishly.

Nefertiti, an Egyptian beauty from an earlier dynasty, surrounded herself with perfume: containers with myrrh, flacons filled with sweet oils, and handsomely ornamented jars of unguents.

The cedars of Lebanon have been famous throughout the ages. Cedar was used by King Solomon in the construction of the temple; oil of cedar was used to coat papyrus manuscripts to protect them from insects in the time of the Roman Emperor Augustus, and today cedar is sprayed in wardrobes to keep moths away.

The Phoenicians of Syria believed that possession of the sweet-smelling herbs was evidence of wealth. It was prestigious to wear perfume, and owners of large amounts of oils and unguents were greatly respected.

During the reign of Catherine de Medici in France, perfumes flourished. Catherine brought her own perfumer, Rene le Florentin from Italy, with her. His laboratory was connected with her apartments by a secret passageway, so that no formulas could be stolen en route.

Now science is suggesting that the roots of the power in aroma play in our quantum existence literally transporting us to a more intelligent world.

The excerpt says: The quantum details of a flower’s chemicals may make the difference to our noses.

The theory that our sense of smell has its basis in quantum physics events is gaining traction, say researchers. The key, they say, is tiny packets of energy, or quanta, lost by electrons. Experiments using tiny wires show that as electrons move on proteins within the nose, odour molecules could absorb these quanta and thereby be detected.

If the theory is right, by extending these studies, an “electronic nose” superior to any chemical sensor could be devised.

But how precisely an odorant molecule is detected remains a mystery.

But in 1996, Luca Turin, now of the Massachusetts Institute of Technology in the US, suggested that the “vibrational modes” of an odorant were its signature.

Molecules can be viewed as a collection of atoms on springs, and energy of just the right frequency – a quantum – can cause the spring to vibrate.

Since different assemblages of molecules have different characteristic frequencies, Turin proposed, these vibrations could act as a molecular signature.

The idea is that an electron on one part of a protein may move, and arrive at another part lacking a quantum of vibrational energy.

“The electron starts at one end of the room, if you like, and it can only make it to the other end if it gives up energy to the molecule in the middle of the room,” he explained.

“Once it’s arrived, you say ‘Aha! The fact that it’s here means that somewhere beteween where it started and where it is now there’s a molecule with the right vibrational frequency’.”

Dr Horsfield and his collaborators have demonstrated nanowires – wires just billionths of a metre across – that can act as the “room” of the analogy.

Nanowires exploiting the effect could be the basis for “electronic noses”

“Mathematically, the theory is robust, and even if it’s not happening in smell, it’s interesting to think it might be a discriminatory process in nature in other ways,” she said.

We shared this article with our friend, Candace Newman… the Essential Oil Lady and her reply shows how smells can help our health and wealth. Candace replied:  Gary & Merri,  I love seeing this quantum physics explanation for smell.  In the early 1990’s, the futurist, Faith Popcorn, gave a talk at the Ritz in Naples and told me that smell was one of her top 10 interests that she projected for the the 21st Century.  I felt this was true in my heart, and would continue to be so, as people and “science” moved into the  amazing and mysterious and not-yet explored effect of our sense of smell and how it works. Then of course pure essential oils is the most powerful concentrated genuine smell there is.

Of the five senses the least explored and understood is the sense of smell. Its direct and raw connection into the brain tissue is the physiological part, then the fact that the part of the brain the olfactory neurons zap directly into is the limbic system….the most primal, non logical, mysterious and least understood part of the brain.

At birth the only one of our 5 senses that is completely developed is our sense of smell. This really makes a statement as to how primal it is and how important it is to our survival … how the baby finds the mother ….  and later on how we can smell danger.

The molecular vibrational frequency of essential oils is so high, much higher than the healthy human body, that it makes sense they can have this dramatic effect/affect on us through the olfactory neurons to the brain.  The aromatic molecule has this electrical pathway to the brain just through inhalation … this is unique to smell & essential oils. Then the instantaneous thought and emotion that is created from the smell is sent to cells throughout the body with the corresponding brain chemical messenger to that emotion. Fascinating….without any effort on our part to MAKE it happen. We don’t have to think or meditate our way into it.

Since essential oil molecules are made up of mainly carbon atoms…then hydrogen and oxygen (Like our bodies)…the electron activity in the outer valance of each carbon atom creates unending patterns and activity. Each essential oil has so many natural chemical constituents that is most cases only the major main ones are known.

The fact that essential oils are lipid soluable, is one reason why smell is so powerful as it connects to the mucosa in our nose-brain connection. Some of our clients have shown me that even with people who are anosmic (lost sense of smell) , many of them can FEEL the sensation (VIBRATION) of the pure essential oil when they smell it, even though they cannot detect a smell.

As Einstein said: “There is nothing more beautiful than the mysterious. Be in awe of the Mystery.”  I love it!  ….. as we continue to explore the expansiveness of how smell & the limbic system connect … they are mysterious in their own right!

Frequency modulation in the range of smell can helps us in business because smells are frequency stabilizers. The sense of smell is so powerful that it can be used to stabilize our thinking and emotions during these times when turbulence has replaced calm as the norm in our daily lives.  Rapid change now is our bellwether in the here and now.  Our sense of small can act as an anchor that steadies equilibrium in times of turmoil.

Essential oils maintain the frequency of their origins longer than any other form. So potent were some of the oils used, 3,300 years after Tutankhamen’s death, a trace of fragrance in the tightly sealed pots of unguents could be detected when the tomb was opened.

Merri and I show delegates at our Super Thinking, plus Spanish Course how to use essential oils to improve the ability to absorb, retain and recall data. If you smell an aroma while learning,  the data returns more easily when you smell the same frequency during recall.

See her Rejuvination Mist in a 4 oz blue cobalt bottle at the 10% off.

On the subject of surviving shifts, living in Ecuador is one way to take advantage of current change. 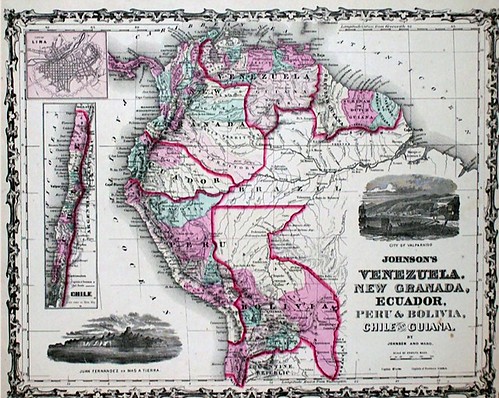 trying to navigate Ecuador or Latin America with this old map?  See the March 2011, Ecuador Real estate multiple listing for an up to date guide to Ecuador.