Investing in water can help fight inflation and help the environment as well.

A special report on feeding the world in the February 24th 2011 issue of the Economist entitled “No easy fix:  Simply using more of everything to produce more food will not work” outlines a huge global problem that due to the nuclear accident in Japan just grew worse. 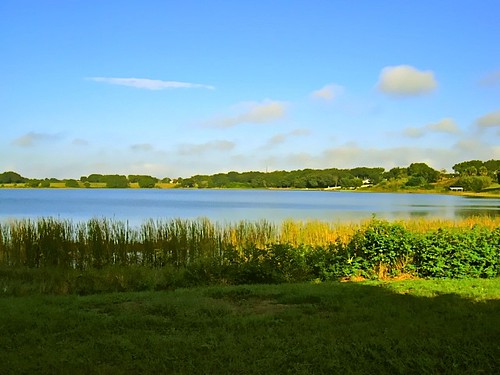 Our front yard in Florida.

I have long recommended investing in water. See links below on research I have posted at our sites over the last ten years.

This is why our real estate purchases usually involved a lot of water. 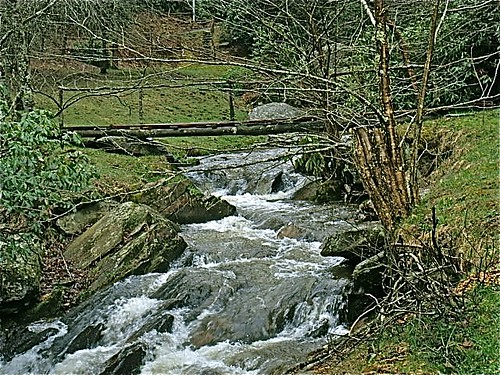 Water, on the other hand, is crucial. At the moment it is probably agriculture’s critical limiting factor.

According to Nestlé’s Peter Brabeck, roughly 4,200 cubic kilometres of water could be used each year without depleting overall supplies.  Consumption is higher, at about 4,500 cubic kilometres a year, of which agriculture takes about 70%. As a result, water tables are plummeting. The one in Punjab has fallen from a couple of metres below the surface to, in parts, hundreds of metres down. The rivers that water some of the world’s breadbaskets, such as the Colorado, Murray-Darling and Indus, no longer reach the sea.

By 2030, on most estimates, farmers will need 45% more water. They won’t get it. Cities are the second-largest users of water, and those in the emerging world are growing exponentially. They already account for half the world’s population, a share that will rise to 70% by 2050. In any dispute between cities and farmers, governments are likely to side with cities. Agriculture’s share of the world’s water used to be 90%, so it has already fallen a long way. It will surely decline further.

The reason water matters so much is that irrigated farming is so productive. It occupies only one-fifth of the world’s farmland but contributes two-fifths of the world’s food output. Rice, the world’s  most important crop in terms of calories, is mostly irrigated, and is  especially sensitive to shortage of water, stopping growth at the first sign of getting dry.

Water problems will worsen both because irrigated areas will suffer disproportionately from the effects of climate change and because diets are shifting towards meat, which is “thirsty”. Arjen Hoekstra, of the University of Twente, says it takes 1,150-2,000 litres of water to produce 1kg of wheat, but about 16,000 litres of water for 1kg of beef. As more people eat more meat, rising demand by farmers will collide with contracting water supplies.

There are things farmers can do. Roughly a third of the water used in fields with ordinary gravity-fed irrigation is reckoned to be wasted  (more accurately, it recharges the aquifers without being taken up by  plants, which is not quite the same thing). Switching to drip-feed irrigation means that watering becomes more precise, cutting consumption per unit of output. Jain Irrigation, the largest drip-feed company in India, has shown the technology can work for smallholders, cutting their water usage by about 40%. Drip-feed irrigation also boosts overall yields because the plants are watered at the right time and get the right amounts.

Overall efficiency gains in the use of water could be large. Israel wastes only about a tenth of its water, and if everyone were equally  efficient, the world’s water problem would be much less pressing. Israel makes widespread use of low-volume irrigation such as drip-feed and micro-sprinklers, which is expensive. The FAO reckons that over the next 40 years irrigation will require cumulative investment of almost $1 trillion. That may be forthcoming eventually, but it won’t be soon.

No-till agriculture, an agronomic practice in which farmers do not plough up the land but leave part of the previous year’s crop on it,  also preserves water. The residue acts like a blanket, lowering the soil temperature by a degree or so in the tropics (and thus helping to combat the effects of global warming). It also prevents water run-off and reduces evaporation by 30-40%, reckons Patrick Wall of CIMMYT. As a bonus, adds Shivaji Pandey of the FAO, no-till and low-till farming sequester about 200kg of carbon per hectare per year. In parts of India, the time saved by not ploughing after harvest also makes it possible to grow an extra crop.

So why hasn’t this miracle cure been adopted universally? Because of  weeds. They like to grow in the mat as much as crops do. It helps to  have plants that are genetically engineered to resist weedkillers, but Europe has banned those. This has meant that no-till was used on only 6% of farmland in developing countries and hardly at all in Europe in 2008.

The nuclear disaster in Japan will cause everyone to reconsider nuclear power.  This is good… but… rather than turn to clean energy, the likelihood is that there could be more coal used.  Coal mining hurts the environment as does the burning of coal to generate electricity.  More carbon emissions equal more acid rain.

SPECIAL NOTE: Our report Protect Against Radiation Report shows seven steps we took to restore our health after absorbing high doses of radiation from Chernobyl. There is a lot of other information about ways to have radiation protection and to avoid radiation protection risks and we are sending regular free updates. See the latest radiation update at Radiation Protection Risks.

Investments in drip irrigation and in India make sense so one company worth looking at is Jain Irrigation Systems.

Jain Irrigation Systems Limited was founded in Jalgoan, India 1963, and has over 6,000 employees  that make and sell irrigation systems. They have a big US headquarters near us here in Florida.

Jain offers irrigation systems and all the components for this form of irrigation. 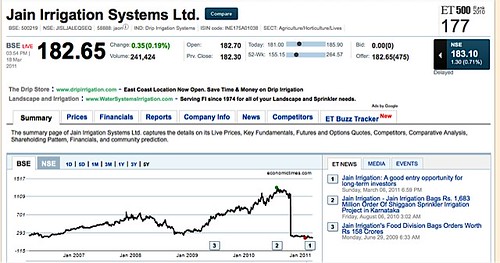 Shares are listed on the Bombay Stock Exchange (BSE) and National Stock Exchange of India (NSE).  The shares have risen steadily over the past five years, but are now lower due to the stock split at the end of 2010.  This could be a really good long term investment that helps the environment.

Learn how to invest globally in water at our June 24-26 International Investing and Business Seminar in North Carolina.

Read A special report on feeding the world