Money transfer risks have increased over the years.

Modern communications technology has made it technically easier to move money globally than ever before.

Yet slowly over the past several decades, the rights of bank privacy and the ability to transfer money around the world freely have eroded because of OECD rules. 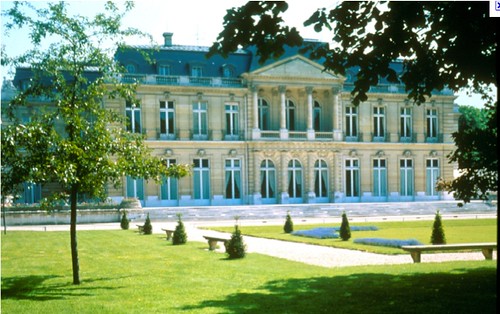 One reason for this is that that international anti terror and anti money laundering agreements require banks to know their customers… to know where money comes from and where it goes.  These global agreements get translated into national regulations.  Each country than advises it banking system what to do.  The banking systems inform their banks. The banks outline what the believe needs to be done  to their employees… usually compliance officers and this places the bank in the position of policing the movement of money.

Banks pretty much hate the job… as it takes time… expense… places them in adversarial roles with their customers and overall gums up the mechanisms of free trade. But they must… or face the wrath of their government if… by some chance a criminal or terrorist launders money through their bank.

Banks are not the only industry to face this dilemma. Take English lawyers as an example.  They are required by law… if they believe a client is involved in a illegal activity to report this to the government.  They then cannot communicate in any way with that client for a prescribed period of time.

Already this has created at least one massive law suit. An attorney believed a client was involved in some form of criminal activity and reported the fact.  The refusal of the attorney to communicate (and complete a contract) with the client caused the deal… which turned out to be legitimate and worth hundreds of millions… to fall though.  The client suffered a huge loss.  Ooops.

Professionals and bankers can be caught between this rock and hard spot. They are not and do not want to be policemen… but must be or face disastrous consequences.

Here comes the crunch.  Some compliance officers and or bankers or attorneys want to be policemen or have unclear instruction, or poor training or whatever.  They can mess up your money transfers when you try to buy real estate in Ecuador or abroad anywhere abroad  or try to make an international investment that requires a money transfer.

This can dramatically complicate your investing, business  or real estate activity.


Here are a few examples.

Years ago one of our readers opened a stock brokerage account with a US brokerage firm.  Some activity in that account alerted the suspicions of  a compliance officer. He froze the account and turned it over to US customs.  The firm fired the broker involved.

The reader wrote to me several times and swore there was nothing illegal going on. The broker confirmed this.  I called the brokerage office. They referred me to the customs officer in charge who would not comment on any ongoing investigation. Neither the reader or the broker knew what the alleged infraction might have been.  I never heard the outcome but know that after six months the account was still locked and the broker never rehired.

I was caught in a compliance trap due to lack of international commercial standards in compliance.

Merri and I were buying real estate in Ecuador.  I had my bank in Denmark wire funds to an Ecuador attorney. Since the funds exceeded $50,000 the bank in Quito froze the funds and wanted proof they came from a legitimate account. My Danish bankers wrote to the Ecuador bankers saying I was known for 25 years and the funds were legitimate. The Quito bank said this was not enough… but never outlined what they did require.  The Danish bank didn’t have a clue about what to do. Only the threat of a lawsuit by my Ecuador attorney broke the log jam.  I could have suffered a serious loss via breach of contract by not paying for the property as contracted had my attorney not taken this stance.

Last year I had cash frozen. We had been processing credit card orders with one bank for over 2o years and had a perfect track record.  Some transaction… I’ll never know what it was caused some compliance officer to panic. He froze the account with $14,000 of our funds.   The compliance officer acted extremely strange.  Crazy since we are publishers selling data but then he stopped communicating at all.   No one would reply to phone messages. Mail I sent was returned.  The company literally refused to acknowledge that I was even a customer.

Only through sheer luck did I happen to mention this to a friend who happened to know the ex CEO of the firm who knew the head of compliance.   A quiet word managed to lubricate the wheels of the system and though the institution lost me as a customer…  finally after nearly a  year we received the frozen funds.

I was reminded of this erosion of freedom when a reader recently sent me this note.

Gary, I participated in the Ecuador Living Cuenca Real Estate Tour recommended on your website and I would recommend the tours to anyone.

This email is just for informational purposes because I believe my experience may possibly be of interest to you.   I doubt I am the only person that is encountering this type of problem.

I am a United States citizen that has deposited funds into the Canadian Western Bank in British Columbia.  Last  week I faxed a Wire Transfer Request form to the bank  for a down payment on a condominium in Cuenca. Then I called the bank with questions about the form and spoke to a manager. She informed me the bank can not release the funds until a regulatory entity approves the release of the funds. The Canadian government has a list of countries it doesn’t want funds sent to;  Ecuador is on that list.  The manager then told me I had  to complete another form that could be completed by answering questions she would ask by telephone.  The questions noted below were some of the questions (as  best as I can recollect) with respect to the second form:


a.  What do I plan to do with the funds in Ecuador?
b.  Do I plan to live permanently to Ecuador?  If so, why?
c.  Will  the condominium  be my primary residence, 2nd home, rental?
d.  What was the source of the funds I initially deposited into Canadian Western bank?
e.  Why did I deposit funds with Canadian Western bank initially?
f.   Did I investigate the attorney handling the sale?
g.  How do I know the attorney is honest?
h.  Will the wired funds be put into a trust until the sale is  completed?  If the funds are deposited into the attorney’s account how do I know  he won’t steal  the funds?
i.   Why isn’t a title  company handling the escrow?

The bank doesn’t dispute the funds are mine.  I was asked many  intrusive questions. The bank manager told me  one purpose for the questions is money laundering, another reason is because the government disapproves of Ecuador therefore a determination will be made if the funds will be released to wire to Ecuador.

Also, I asked the manager if 30% of the funds will be with-held per the request of the United States government.  She said yes, but she didn’t know if it would be 30% of the withdrawn funds or 30% or the total funds on deposit. That was when she asked why I deposited the funds in Canada.  I told her it was because many U.S. banks are not financially sound and the FDIC won’t release their names therefore I don’t know if my bank is financially sound.  Also, that I have read Canadian banks are rated as among the safest in the world.

After reading the note above a Canadian reader shared this comment:   Gary,  Thank you for this forum to read and get information. As  Canadians we have wired money to Ecuador 4 times for the purchase of two pieces of property.  The latest transfer was last September so I just called my bank (Royal Bank of Canada) and they have no restrictions against sending money to Ecuador, in fact said they could not believe that any Canadian Bank would. However Western Canada Bank is a very small banking entity and so that  may be the problem.  I would also imagine that depositing in another country and then transfering the money out to yet another might be grounds for nervousness.  regards.

I agree with the Canadian reader.  I suspect that the American reader who transferred money to Canada before transferring it on to Ecuador had a problem for two reasons.

Problem #1:  Immediate back to back transfers are one of the transactions that banks look for.  They ask… why go from Bank  A to go to Bank B to Bank C unless you are trying to hide something.? Why not transfer direct from Bank A to Bank C?

Problem #2:  The compliance officer obviously was ill informed or more likely confused (I am being polite here).  The 30% withholding tax is a totally different issue and should have had nothing to do with a transfer. Ditto I have never heard of any restriction of transfers between the US or Canada to Ecuador.

There was a list, of countries that were labeled  “tax havens that did not provide sufficient bank transparency” published by the Organization for Economic Cooperation and Development, (OECD) a Paris-based group of wealthy nations, in coordination with the G-20. That list singled out four countries as the worst offenders: Costa Rica, Malaysia, the Philippines and Uruguay. Another 38 countries and territories, including the Cayman Islands, Panama, Bahamas and Liechtenstein, were listed as less serious offenders.

The 2010 OECD report COUNTERING OFFSHORE TAX EVASION stated “With the commitments of Costa Rica, Malaysia, the Philippines and Uruguay, all jurisdictions covered in the Global Forum’s assessments have now agreed to implement the standard.

One may have a perfectly legitimate reason for doing something unusual… but beware… surprising your banker with an unusual  transfer can cause delays… undue attention and loss.

Here is what I now do to make sure my international investments and transfers are not hung up or worse.

#1: I spend more time with my banker. The rules say that my banker has to know me so I make it a point to get to know my banker and let him know what I am doing.

#2: I ask my banker questions. Before I make any unusual transaction… I ask my banker about it… is there a less expensive easier way. I let him get involved so he can help me make a transaction. This can really pay off if anything goes wrong… because I followed my banker’s advice.

#3: I get permission. Before I make any transaction that will depend on bankers beyond mine… I tell them what I am doing, ask  what they want and get permission (and the names of those I ask).  For example if i were buying another piece of real estate in Ecuador… before I transferred the payment I would contact the Ecuador bank that is to receive the money and make sure I knew what they wanted (and who told me what they wanted) to see in the transaction.

Modern communications technology makes it easier to transfer money.  Yet every silver lining has a cloud and in this case the technical ease of moving funds from one country to another also lubricates the movement of money earned through or for illegal activity and terrorism.  This fact has led to treaties, rules and regulations, often Draconian, always complicating the freedoms that should be ours.   I do not like this fact, but it is a fact so anticipate money transfer risks when you move money internationally.