The time has come to think about international investing in the Middle East with its risk and rewards. 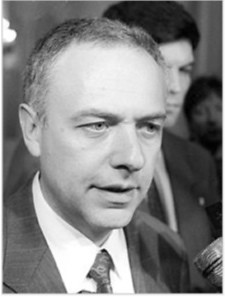 Take a tip from this Russian.

The shifts taking place in the Middle East could transform overseas investing!  This area is filled with intelligent… passionate, energetic people.  Capital abounds. There are phenomenal amounts of wealth and Pandora’s democratic box has been opened.

Yes, the chances of power vacuums create risks.  Yet the countries that get this transformation right could explode with growth and opportunity.

The first obvious international investment opportunity is in oil. We are reading a lot in main street media about the risks that high oil prices bring to the Western economy.   However these investments have already been made… so be careful of a downward bounce as those who jumped into oil at the beginning of this transformation take profits.

Look on the fringes.  Russia, for example. The ruble is incredibly sensitive to oil prices. Several years ago I had dinner with the first Foreign Minister (under Boris Yeltsen) of democratic Russia, Andrei V. Kozyrev.  He gave me a tip about investing in Russia. “Gary. he said… “investing in Russia is simple. Watch the price of oil.”

My investment advisers, Jyske Global Asset Management (JGAM) emailed me about this last week and said:

The North African/ Middle East turmoil continued this week, with many demonstrations especially in Libya, where the people demand that Colonel Gaddafi t step down and turn over the power. The EU-countries agree to prepare sanctions against Gaddafi’s Libya, however it remains to be seen how and when.

The turmoil has triggered the Oil prices as 25% of Libya’s oil production has been stopped. It is not much of the total global production, but the market is concerned that the turmoil will spread to the world’s largest oil exporter, Saudi Arabia. Saudi Arabia will do what they can to avoid an oil panic, thus having decided to increase the supply of oil to calm the market. All this has of course had an impact on the stocks this week, where we have seen increased volatility worldwide.

JGAM was head of the curve and emailed me January 15, 2011:  On 13 January 2011 JGAM’s Investment Committee held its ordinary, monthly meeting going through all managed portfolios. This email gives you a short summary of the changes we have made in our managed asset allocation portfolios (see the FX Update to track the managed FX portfolios).

We took profit on our Canadian dollars and swapped the proceeds into stocks, buying Statoil for the low risk portfolios and Alfa Laval for the medium and high risk portfolios, thereby increasing the equity exposure in all portfolios.

We also changed the loan mix on leveraged portfolios from 100% US dollar to 50% US dollar and 50% euro. On and off, the euro continues to be under pressure because of the unsolved sovereign debt crisis in the eurozone.

JGAM’s Statoil position has done well as the chart below shows.

Statoil is an international energy company with operations in 34 countries.  Headquartered in Norway with 20,000 employees worldwide, the shares are listed on the New York and Oslo stock exchanges.

The company engages in the exploration, production and marketing of petroleum and operates primarily in Scandinavia, Poland, the Baltic States and Russia.

You can get more details on JGAM investment portfolios from Thomas Fischer Senior VP at JGAM. His email is fischer@jgam.com

Look at alternative energy investments. Today I am meeting with a contractor to install a solar system in Florida. We’ll  add hydro power in North Carolina as I believe that energy prices will rise.

Prices are not quite right… but I’ll explain in a future message why I am installing a 5040 solar voltaic system now.

Here is why I believe the democratic transformation in the Middle East will be real.

Modern communication technology allows populations globally to know how the rest of the world lives.  The power in this revolution  is held in the way such a large segment of the population is repressed.

For example, a National Geographic article entitled “Veiled Rebellion” tells of “Afghan women who suffer under the constraints of tribalism”. Here is an excerpt:

The Wails of a Jailed Wife

A female inmate at the Maz-e-Sahrif prison has just been released prompting Maida-Khal, 22, to cry out because she is still trapped in her cell.

When Maida-Kal was 12 she was married to a man of about 70 who was paralyzed.

“I was so young, I could not carry him because he was so heavy so his brothers would beat me,” she recalls. When she asked for a divorce for years ago she was imprisoned I am in jail because I don’t have a mahram (male guardian).

It all began with a rock… or perhaps a stick.  Some one…. sometime… a long time… eons ago was feeling repressed… for whatever reason.  He (probably) picked up a stick or a rock and let fly.   The projectile evolution… the great equalizer began.

Later the slingshot took this technology to the next level.  Then came gunpowder, bullets,  the Colt .45!

Next we saw bombs, missiles and rockets… plus increasingly sophisticated aiming techniques which brings us to this revolution.

Cell phones and the internet aiming… 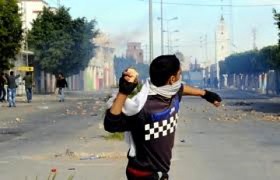 rocks.  There are plenty of rocks… more than enough information and a determination for more freedom. I do not believe the Middle East will ever return to its old ways.

Other opportunities may come in commodities.

Here are three ways to earn from this.

A recent article entitled “Is It Time to Buy “Junk Silver” Dollars?” by Steve Emeric and published by Asset Strategies gives us a tip on junk silver. Here is an except:  As you know from reading our alerts and newsletters, we are huge fans of “junk silver” coins. By that we mean the pre-1965 dimes, quarters, and half-dollars from the U.S. Mint. Many of you have purchased them on our recommendation, not just because of their low premiums, but also for their wide acceptance, easy divisibility, and other good reasons.

In today’s message, I want to suggest a way you can give your “junk silver” purchases an extra kick. Think of how Emeril Legasse says “Bam!” as he adds some spice to a recipe. That’s what this recommendation can do for your precious-metals portfolio. And right now is the best time in years to act on this opportunity.

Instead of dimes, quarters, and half-dollars, the coins I’m talking about today are the Morgan and Peace Dollars minted prior to 1935 that are in VG (very good) condition. These silver dollars contain more silver than the pre-1965 dimes, quarters, and half-dollars we like so much. Yet they’re not in good enough condition to interest a serious collector. That’s why I call them “junk silver” dollars.

The Middle East has taken a powerful step towards democratic capitalism and freedom… the economic model that has been the most effective humanity has developed yet.  This can bring a better life to millions of oppressed people and it creates many kinds of opportunity.  One of the first opportunities will come from the turmoil and and short term fears this transition brings… so look more deeply at investing in commodities now.

We reviewed my portfolio (which includes each of the investments above) at our International Investment Seminar in February 2011.  You can listen to the seminar in a digital file on your computer… MP3 player… or a disk at home or in your car.

Listen to, Thomas Fischer of JGAM. Rich Checkan of Asset Strategies and me discuss where to invest in the months ahead.

Save $199 Enroll in our June or October International Business Made EZ seminar and you can have the digital seminar free. You save $199.

Enroll in our June or October International Investing and Business Seminar. Get the digital download of our February seminar now free.  If you are not totally happy with the information you gain… just let us know within a month.  We’ll cancel your seminar reservation, send a full refund and you can keep the digital download free as our thanks for tuning in.

See below how to get our last business seminar online FREE.

Ecuador, as an oil exporter, will also benefits from Middle East turmoil, but not as much as it seems. Ecuador has crude reserves and exports crude but has no refineries. This means it has to import all its refined oil from Venezuela thus giving up a lot of its profit. In addition Ecuador subsidizes its gas and propane prices.  Gas is sold at $1.50 a gallon and a tank of propane that sells for $2.50 costs the government $16. 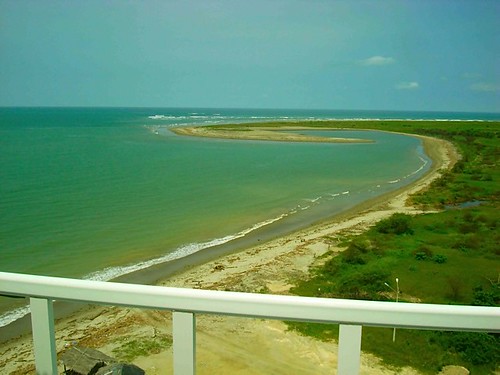 Read the entire article Is It Time to Buy Junk Silver” Dollars?