This gold review was scheduled for next week but I posted it today as I am guessing that the crash in gold’s price has caused some knitted brows.

I planned this Gold Review for 2011 because we entered the new year with the gold price near an all time high and all time highs always create areas of concern!

All the debt around the world and inflation over the past 25 years were bound to push up the price of gold… but has it reached a stratosphere where a bubble could burst? 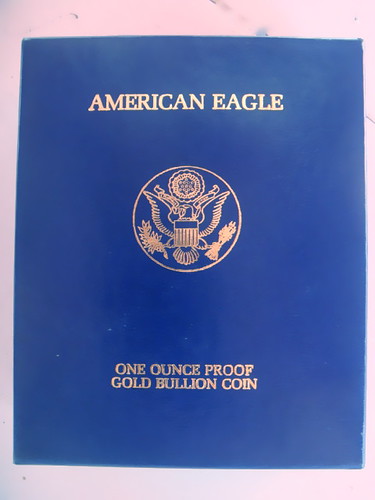 I began my global investing career as a gold bug. One way I have invested in gold is American Eagles… one ounce of gold.  Double boxed… inside of 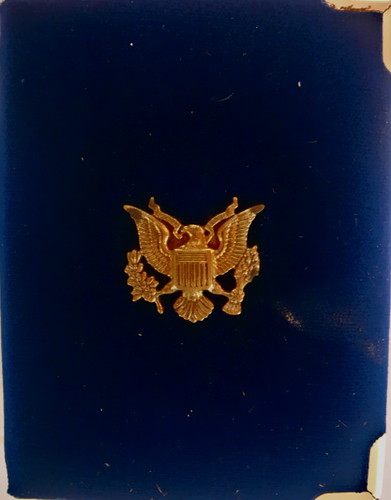 velvet and sealed in… 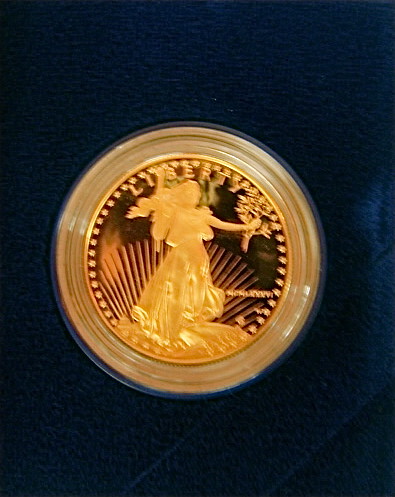 plastic. Held in a safe deposit box now for about 20 years they have not been a bad investment… rising over 400% in 20 years,  but a normal investment… to me… they are not.

Many other investments were far better.  Gold has a definite place in one’s portfolio, but I have created this Gold Review because not all about gold investing is golden as you’ll see below.

Point #1:  A series of  economic events have come together to worry investors world wide. Some of them are the staggering numbers of aging boomers in North America, Europe and Japan  – Low returns of fixed income investment – US dollars losing global reserve status – the Euro crisis – stubborn unemployment in US and Europe – North Korea  – Iran – Huge US, Japanese and European government debts.

In the past, worried investors fled to the US dollar, Swiss francs and gold.  Now the dollar and euro (which negatively affects the Swiss franc) are part of the problem.  The Swiss unemployment rate is again rising, up  0.1 percentage points in November to 3.6 percent, the latest official data showed on December 7, 2010.

Gold (and other precious metals) are left as the last guardians during dangerous economic times. 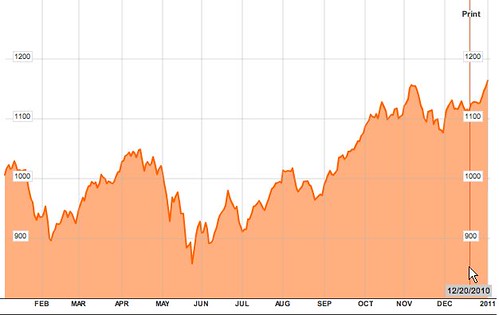 Here is the 2010 chart for the Morgan Stanley Captial Index World Index (all major markets excluding emerging markets) from www.bloomberg.com/apps/quote?ticker=MXWO:IND

We can see that this is a continuance of a trend that began in 2009 after equity markets collapsed globally.  Here is the three year chart of the same index at the Bloomberg site. 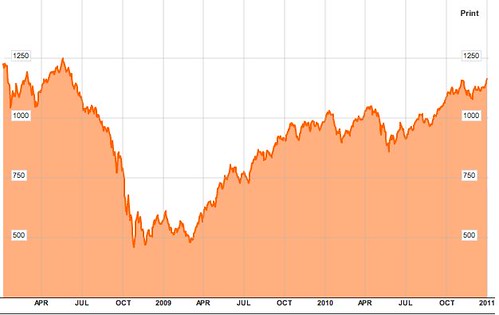 Emerging markets performed even better.  Below is the Morgan Stanley Capital Index Em Index for 2010. 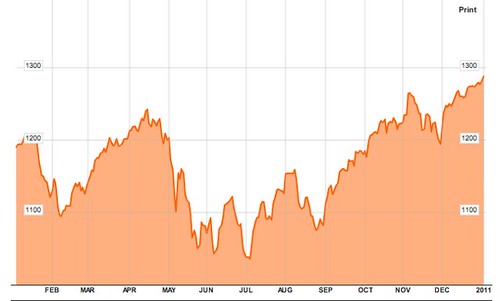 Here is the three year chart. 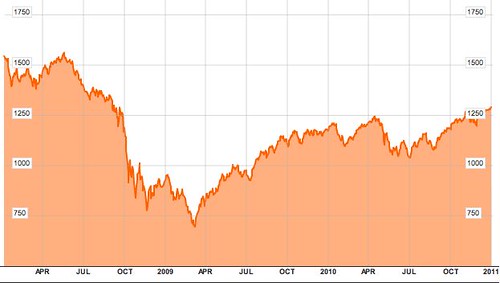 Shares compete with gold to attract investors and have the advantage of much lower dealing costs and pay dividends.  This shows that gold prices have shown considerable strength to rise as high as they have despite the strong global equity price improvement.

#3: Compared to equities the rise in the price of gold for the last year has been strong.

We can see the reverse synchronicity between gold and global equity prices when we notice the spurt in gold prices in May through July 2010 when equity markets slowed. 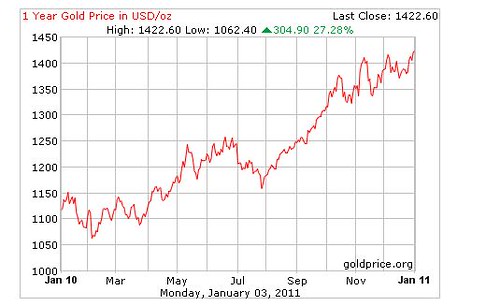 In fact no matter which chart you view… 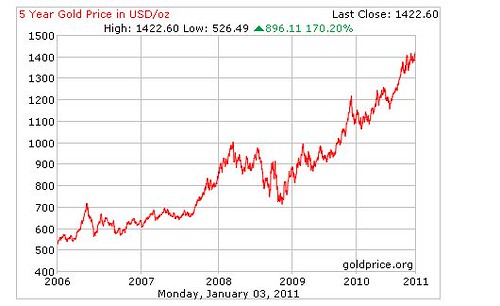 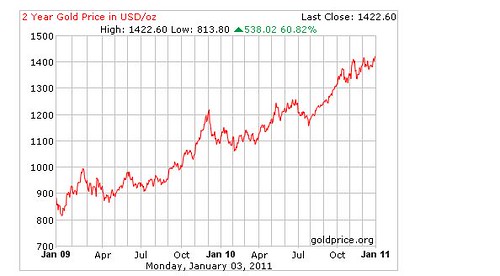 strong in the last six months. 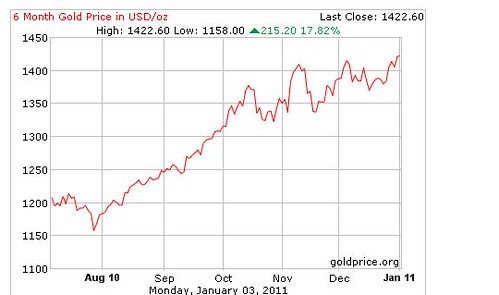 This warns us that gold’s price may be frothy. And  Tuesday’s (Jan. 4, 2011) price drop suggests that the market is now growing more nervous. 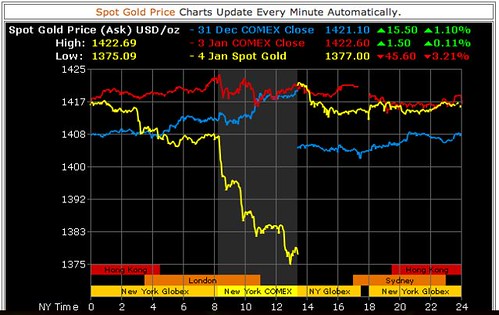 This chart was written before the January 5, Hong Kong market began… but those prices are included in the full gold review 2011 report.

Hong Kong’s reaction will be an important signal.

A long term chart analysis also suggests that gold’s big recovery may now be near its top. 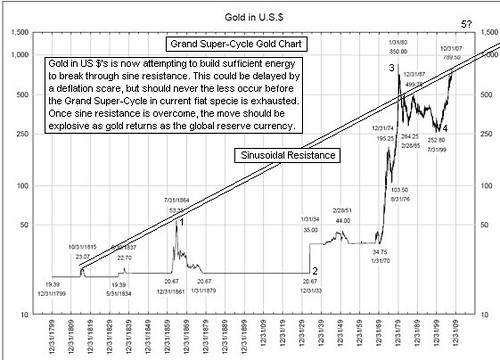 Point #4:  Gold has appreciated a lot since 1942. Price comparisons show that Gold has outperformed 13 of 15 standards we reviewed. Only a Harvard tuition and housing prices have risen higher than gold.  This gives only a partial picture of gold’s true value, but should give us pause for thought.

How much is gold worth now?  This of course is THE golden question…so let’s compare prices. 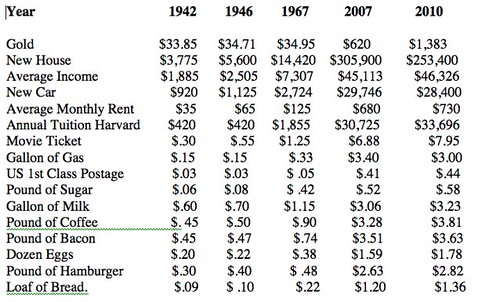 If we assume that the gold price of $33.85 an ounce (before the end of WWII and the huge inflation this conflict created), is the more accurate than the price at the end of the war,  the house, car and wage cost is one place to start a comparison.

Gold has risen about 41 times.

Rentals are up 20 times.

Another NYT article “Unemployment Rises in Europe”  By David Jolly says:  Unemployment in the euro zone rose in October to its highest level in more than 12 years, an official report showed Tuesday.

Unemployment slows inflation and favors deflation the enemy of the price of gold!

Point #6:  Gold is a good investment in some circumstances. Gold could rise even more if the economic problems could lead to a stampede in stock markets… great currency volatility and inflation.  Gold is good as insurance because it represents real money.  However a 95 year study comparing precious metals to equities, housing and bonds shows that over the long term gold is the third best performer and is especially weak during inflation..

Point # 7:  Gold has its downsides. Gold’s price is volatile and subject to great long term depressions.  If there is sustained deflation, gold prices could drop.  Gold is expensive to hold and gold does not pay dividends.

The conclusion of this report is that gold prices will rise but much more slowly and could have several short term price corrections over the next year.

Our favorite bullion dealer who we have known for over 20 years is Asset Strategies. Get more information from Rich Checkan at rcheckan@assetstrategies.com

Gain ideas on how to use gold to finance your own micro business at our February 12-13, 2011 International Business Made EZ Seminar in Mt. Dora.  See details at www.garyascott.com/catalog/international-business-made-ez-seminar

Learn how to use FM Plus (Frequency Modulation) to think out of the box when investing and in business at our February 11 – 12 2011International Investing International Business Seminar or both – (saves up to $499) in Mt. Dora, Florida or both. and February 12-13, 2011.