Happy New Year’s Eve…Chances are tonight you’ll be listening to some music. 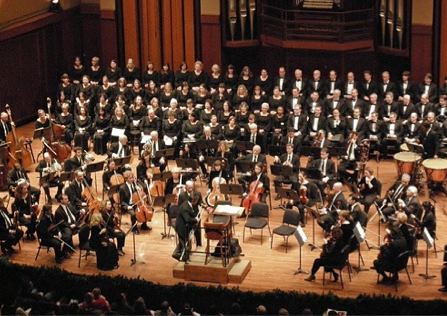 Merri’s and my music will come from a symphonic orchestra somewhere because I understand the power of music and how Largo Baroque music especially does the body and mind good.

You may not even be aware of the musical impact… but the frequencies that you hear and feel will have an enormous impact on you so we have attached a New Year’s gift below.


In my first decades of global investment research I unearthed five golden investments that were among the century’s best.  Some readers made millions. Yet a haunting question gnawed at me. Information I gave delegates was the same, yet some investors earned fortunes, others made only a little and some lost!

“What was the difference between those who won and those who failed?” This haunted me. Finding the answer became an obsession! I reviewed thousands of economic experiences, talked to portfolio managers globally, even trekked jungles, through deserts and climbed high mountains to ask economic questions of wise men, Christian Ministers, Incan Yatchaks, Andean Shamans, African missionaries, Hindu Pundits in India, Sufi Masters of Baghdad and Buddhist Llamas from Brazil.

The research led me to learn a lot about the power of frequency and music.  Listening to the correct music can make us smarter… more energetic… more romantic, happier, etc.

I wrote part of what I learned in my first novel, “The 65th Octave”.  I tried to make the process of understanding abundance and affluence more entertaining!

Now I am researching more and writing my next novel… a sequel, the “64th Symphony”… a fun way I hope to consider the power of frequency especially the spectrum that stimulates the human auditory level.

The long and short of it is that music can balance… enhance and make us better.  Merri and I use this technique all the time as we work…  turning on music to speed us up… create focus… or calm us down.

For example one of my favorites when I need a super charge is March Slav a Slavonic March in B-flat minor composed by Tchaikovsky.

March Slav for me is better than a latte!  An auditory Red Bull that may actually be good for the body as well as it stimulates the soul.

This March, often called a funeral dirge, also is a great connector springing from the war in the late 1870s, between Serbia and the Ottoman Empire. Russia, supported Serbia, and the Russian rulers asked Tchaikovsky to compose an orchestral piece for the benefit of wounded Serbian veterans.

Tchaikovsky referred to it as his “Russo-Serban March” which would later to be known as “Marche Slave” as well.

I find the March moving… which is what I suppose marches are supposed to do.

The connections between this period… this music and our lives today is also fascinating.  March Slav was written for the Slavic conflict that led to the Russo-Turkish War of 1877–1878 a battle between the Ottoman Empire and the Eastern Orthodox coalition led by the Russian Empire and numerous Balkan countries. Fought in the Balkans and in the Caucasus, its origins lie in the wake of nationalism in the Balkan region as well as in the Russian aspiration of recovering territorial losses it had suffered during the Crimean War. The discontent from these conflicts helped fuel the Balkan Wars that were fought in Southeastern Europe in 1912 and 1913. 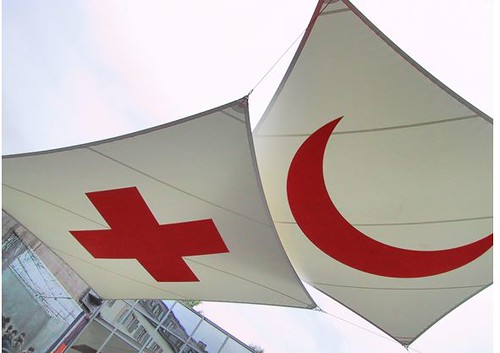 This war caused many divisions such as the emblems of the International Red Cross and Red Crescent Movement which continues to this day. The Red Cross, a color reversal of the flag of neutral Switzerland, the sole emblem of protection for military medical personnel and facilities reminded the Ottomans of the Crusades; so they replaced the cross with the Red Crescent instead which in most Muslim countries is the emblem of protection.

More important perhaps is that discontent and distrust remained in the entirety of Europe… enough to start WWI which laid the groundwork for WWII which let the Truman Doctrine leading to a war in Korea, Vietnam and now here we are. 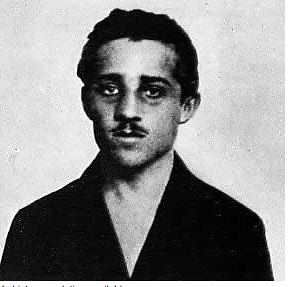 I wonder if this man… Gavrilo Princip listened to some marching music before he shot Archduke Franz Ferdinand of Austria, a shot that was known as the spark that ignited WWI.

The Four Seasons creates quite an opposite effect and I wonder how the world would have differed if Princip listened continually to this calming/balancing music.

The Four Seasons was composed by Vivaldi in 1723 and consists of four violin concertos.  This is among the most popular pieces of Baroque music for a reason.  The largo movements within the concertos are especially powerful at creating alpha waves in the brain.

Achieving this is as simple as listening to relaxing Baroque music such as Handel’s Water Music. A few others compositions at this cycle include Corelli’s Concerti Grossi, Op. 6, Violin and Orchestra in No. 2, 8, 5, 9. or J.S. Bach’s Fantasy in C Minor and Trio in D minor or Vivaldi’s Five Concertos for Flute and Chamber Orchestra.

Music has been used for centuries to induce states…babies being lullabyed to sleep, sea chanteys and harvesting songs to ease workers while laboring. Eastern mystics and South American shaman have used music to carry them to unusual states of consciousness.

Your body relaxes and your mind becomes alert in these simple forms of relaxation.

Soviet psychologist, I.K. Platonov, found it was possible to just use a metronome beating at 60 to enable the mind to take in and hold more strongly.

In choosing a recording of a slow movement, simply check that the tempo is about 60 beats a minute. When a composer writes a piece of music, he indicates the speed at which he wants each of the different movements or segments to be played.

These indications of tempo are generally given in Italian. You will often see them on the different movements of a concerto. For instance, allegro indicates a tempo of around 120 – 168 beats to the minute, andante around 76-108, adagio from around 66 to 76, larghetto 60 to 66 and largo 40-60 beats to the minute. Some performers and conductors may set a tempo somewhat faster or slower than what the composer indicated. To check out the tempo of a recording, be sure it’s at around 60 beats a minute if you want to achieve that desired state of alpha…relaxed concentration.  You can check it with a metronome or against a clock with a second hand.

Here is a portion of the music list provided in our FM (Frequency Modulation) Plus seminar.

Bach, J.S.: Largo from Concerto in G Minor for Flute and Strings. Bach and Telemann Flute Concerts and Aria to The Goldberg Variations.

Corelli, A.: Sarabanda (largo) from Concerto #7 in D Minor.

Handel, G.F.: Largo from Concerto #1 in F. Music from the Royal Fireworks.

6 Fantasias for Harpsichord Vivaldi, A.: Largo from Winter and Spring. The Four Seasons

To celebrate 2011 here I have linked two symphonies below for you… “March Slav” for energy and the “Four Seasons Spring” when you desire to feel more calm, when you desire to reach that state of relaxed concentration.    See the links below.

Learn about our FM Plus Teacher Training program here.

Go to Wikepedia at the link below and click on the Largo Spring Movement at the box shown above.