There are many sparks that could ignite terror in investing markets.

See below ideas on how to earn in real estate in Ecuador or the USA. 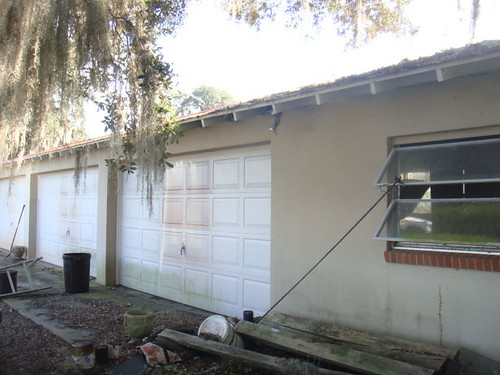 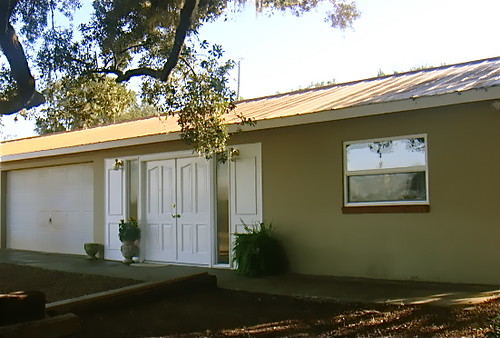 these depressed times. See how you can use these five qualities to beat terror in the market below.

Many worry about a spark will be  European national defaults in Ireland or Greece, or Spain… but how about the US… states being the flint?

The State of Illinois is still paying off billions in bills that it got from schools and social service providers last year. Arizona recently stopped paying for certain organ transplants for people in its Medicaid program. States are releasing prisoners early, more to cut expenses than to reward good behavior. And in Newark, the city laid off 13 percent of its police officers last week.

While next year could be even worse, there are bigger, longer-term risks, financial analysts say. Their fear is that even when the economy recovers, the shortfalls will not disappear, because many state and local governments have so much debt — several trillion dollars’ worth, with much of it off the books and largely hidden from view — that it could overwhelm them in the next few years.

Municipal bankruptcies or defaults have been extremely rare — no state has defaulted since the Great Depression, and only a handful of cities have declared bankruptcy or are considering doing so.

But the finances of some state and local governments are so distressed that some analysts say they are reminded of the run-up to the subprime mortgage meltdown or of the debt crisis hitting nations in Europe.

Analysts fear that at some point — no one knows when — investors could balk at lending to the weakest states, setting off a crisis that could spread to the stronger ones, much as the turmoil in Europe has spread from country to country.

The spark that creates terror is the one that deflates confidence and such a default could create a stampede out of  stock and bond markets.

This is one reason Merri and I like investing in real estate… especially in places like Florida where prices have fallen so dramatically and created so much value.

Prices are down and may fall more, but the demographics support.

Unemployment can continue to stall Florida’s real estate recovery. Plus there was a huge wave of 5 year balloon mortgages in 2005… that may create another wave of defaults.  So real estate in Florida could take another hit.

Keep these short term facts in mind but look at the long term demographics.

A USA Today article “Where will everybody live?” By Haya El Nasser outlines three significant facts about this.

First, the American population has risen from 200 million to 300 million in 39 years. At present growth rates the next hundred million will come in only 34 years!

Second, today each American owns 20% more developed land (housing, schools, stores, roads) than 20 years ago. By the 1990s 1.7 acres of land was developed for each additional person.


Construction costs are not going to fall! Normal inflation and increased demand from emerging markets for cement, steel, timber and other basics assure this. Plus environmental concerns will continue to slow acceleration of supplies as well.

Another reason for real estate investments in the US is changing utility. For example my mom’s home which was once the bastion of suburban WASPs is now filled with Mexicans, Chinese and Ukrainians. Our builder friend tells me that at least half his home buyers are first time immigrants who use a family plan (the whole family comes over pitches in and buys a house). This means that a single house is once again becoming more popular as a place for two, three or even four generations to live together rather than just one.

Technology is altering the concepts of time and space so…property (like the farms we live on) that was once pretty useless, or land in the desert like the dry part of the land in southeast Oregon suddenly has a new utility. This is especially true for tens of millions of boomers who will be highly mobile when they retire.

Prices of housing in the US may seem high, when you compare them with US house prices of five or ten years ago.

What happens when we compare US real estate prices to those in other industrialized countries like France, England, Denmark and such instead? The thought. “We ain’t seen nothing yet” may arise!

There is another reason that Merri and I like investing into real estate.   There is a local fundamental utility that s easier to understand and see.

We always invest with the understand that there is always something we do not know.

On the third Wednesday of every month, the nine members of an elite Wall Street society gather in Midtown Manhattan.

The men share a common goal: to protect the interests of big banks in the vast market for derivatives, one of the most profitable — and controversial — fields in finance. They also share a common secret: The details of their meetings, even their identities, have been strictly confidential.

Drawn from giants like JPMorgan Chase, Goldman Sachs and Morgan Stanley, the bankers form a powerful committee that helps oversee trading in derivatives, instruments which, like insurance, are used to hedge risk.

In theory, this group exists to safeguard the integrity of the multitrillion-dollar market. In practice, it also defends the dominance of the big banks.

The banks in this group, which is affiliated with a new derivatives clearinghouse, have fought to block other banks from entering the market, and they are also trying to thwart efforts to make full information on prices and fees freely available.

Banks’ influence over this market, and over clearinghouses like the one this select group advises, has costly implications for businesses large and small.

Derivatives are also big business on Wall Street. Banks collect many billions of dollars annually in undisclosed fees associated with these instruments — an amount that almost certainly would be lower if there were more competition and transparent prices.

Just how much derivatives trading costs ordinary Americans is uncertain.

But big banks influence the rules governing derivatives through a variety of industry groups. The banks’ latest point of influence are clearinghouses like ICE Trust, which holds the monthly meetings with the nine bankers in New York.

Even when we use good investment analysts to invest in stocks and bonds, there is a lot more… going on in places we cannot see… we do not know.

Flipping is a nice concept to buy and quickly resell for a great profit… but this is usually pure speculation. Most flippers end up broke!

Combine the miracles and talents that lay within you. By all means study how to be a better investor or business person each and every day. Use the benefits of modern technology. Create a common sense approach to searching for good value in investments. Develop external disciplines. Don’t spend more than you have. Work. Save. Invest. Hire professionals to help you study the markets. Even study economics and finance if you wish.

But match each of these external steps by also looking within. You are unique. You are a fountain of wealth…get to know yourself better. Tap the incredible power, knowledge and experience you already have. Your wealth not only will grow, but will become better, an everlasting flood of abundance that makes your ordinary journey through life an extraordinary process you’ll never want to end.

“This is how you can live here in the land of the sun because Ecuador has it all,” I said to a group of International Living magazine readers who visited us in Ecuador. “Beauty, convenience, and incredible bargains. Now prices are even lower.”

The group believed me too since we were sitting at a restaurant where the Pacific stretched blue and serene from our cliff point into the horizon. Miles of empty beach lay in our view yet they had just inspected Mediterranean villas overlooking a sleepy fishing village and the sea with asking prices of only US$35,000.

This group was the first of two tours that visited with Merri and me in a whirlwind exploration across the equator.

Timing could not have been better. Ecuador is experiencing its worst economic crisis in 70 years. This has created a unique situation where one has access to every creature comfort available in the Western world and old world service at the same time. New cars (used cars cannot be imported into Ecuador to keep smog producers out), T.V., cell phones, computers, the most up to date Internet access and all modern conveniences are easily and readily available. Yet we can also have personal services no longer available in the U.S. or Europe except for the very, very multi-millionaire. With wages at 75 cents an hour and real estate costs low, every imaginable domestic service is just plain cheap.

Yet even then we did not just buy and resell.

We purchased a beat up, old hotel in a state of great deterioration. 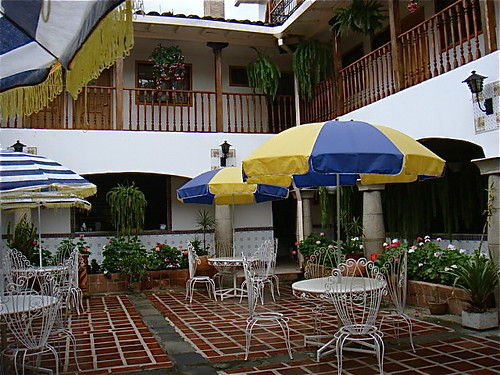 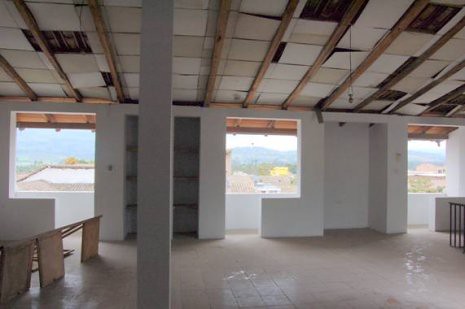 into this…  three wonderful rental units. 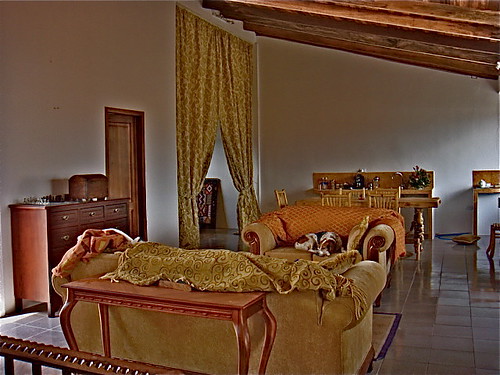 We bought seven half finished condos… 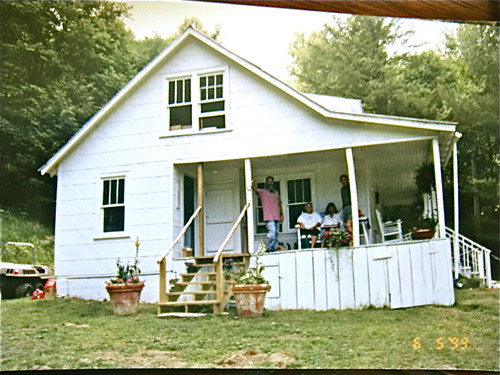 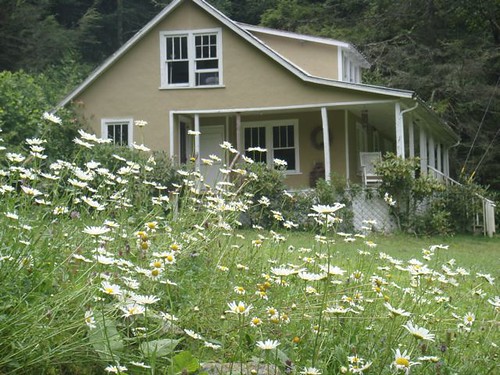 Our current project is in Florida where we purchased 16 acres… with orange groves… and a house in bad repair.

The process of fixing has begun. First this garage… had a guest house that had been almost… 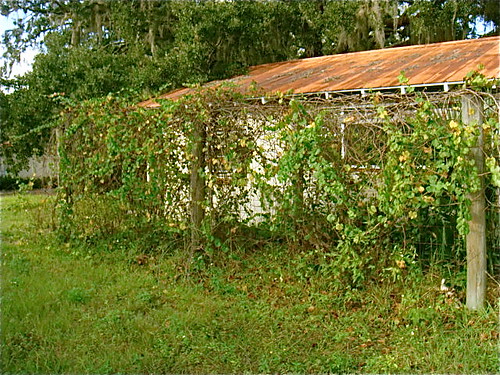 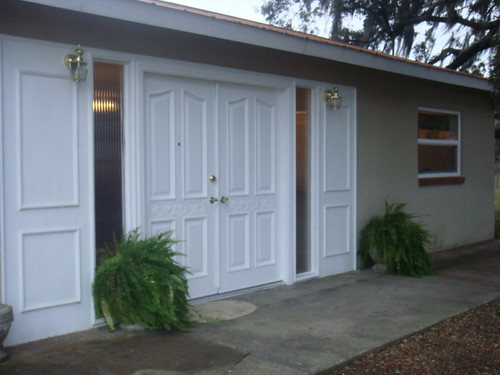 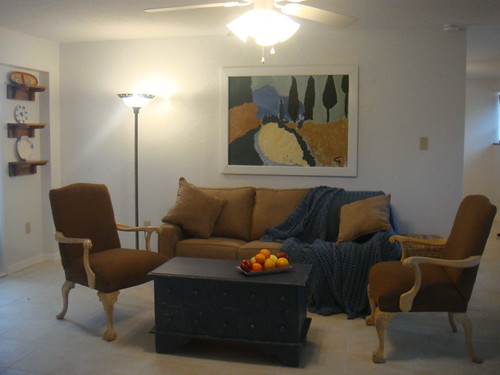 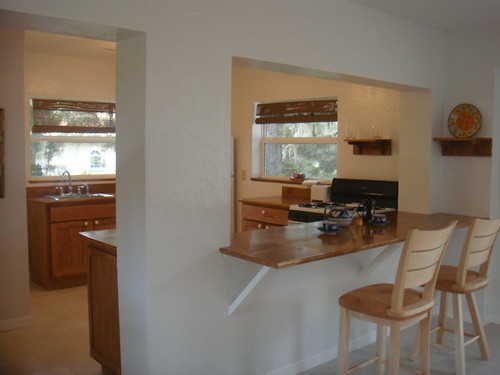 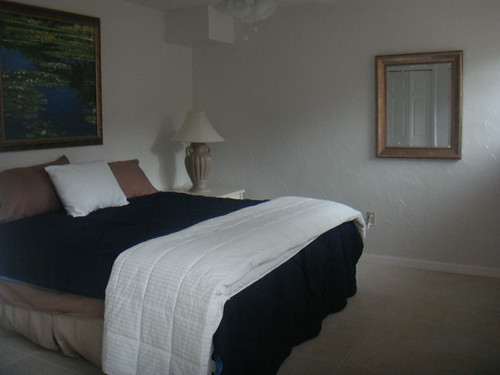 adds fun and value into out lives.

Real estate… imagination… research for value… creativity… about of elbow grease create a powerful, profitable combination… even in these depressed times!

There is great change in the world that is almost certain to create inflation that will ruin the finances of a huge number of people. The shift will most likely come rapidly after some economic spark creates terror that stampedes markets and economies.


There are five ways to survive and profit during this terror in investing markets.

Invest in your own micro business.

Real estate and micro businesses are Merri’s and my favorite two solutions of the five because we can see the opportunity more clearly…. exert more control… add our imagination and build value in our own way.