Most people have a terror of risk which is why risk offers so much opportunity.

Here is an amazing story (to me at least) that I hope illustrates three really important points about investing in risk. 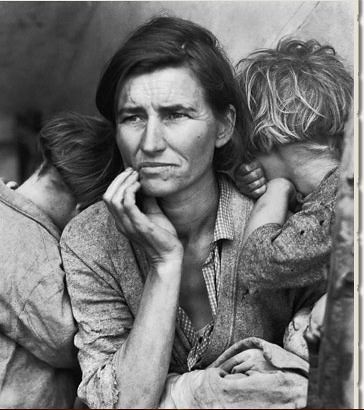 The story has to do with Okies… from whom I descend. This shot from the website www.livinghistoryfarm.org  brilliantly depicts the plight of Americans living on the great plains during the depression and dust bowl.  That site has a link below.

The Thanksgiving message at this site showed the bullet my dad was shot with during the invasion of  Iwo Jima.  A few inches made the difference between my existence or not.  That was quite a risk I was taking even before I was born! 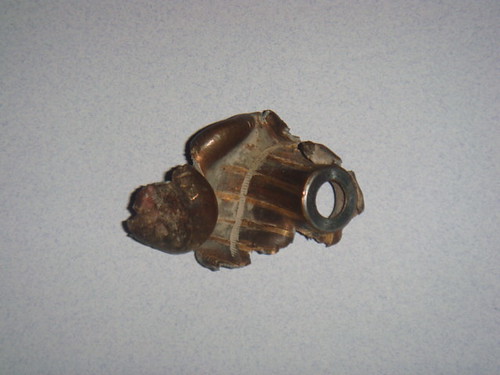 Here is another family story about risk.

My Grandfather and Grandmother on my mom’s side were “Okies”… part of that massive migration of farmers.

There was a great economic depression in the 1930s and the misery was worsened by a terrible drought on the Great Plains… called the Dust Bowl.

Hoards of of farmers were ruined.

Hundreds of thousands left the plains for the West Coast.  So many people migrated from Oklahoma that they were dubbed “Okies” in the popular press.  Many who were pushed off of the plains were pulled west because they had relatives who had moved to the coastal areas.

California – a state that had once advertised for more migrant workers – found themselves overwhelmed by new migrants and in 1936, the Los Angeles Police Department sent 136 deputies to the state lines to turn back migrants who didn’t have any money. Bordering states like Arizona were angry that California was trying to “dump hoboes” back on them.

Mom’s family came from Miami, Oklahoma and Niosha, Missouri, small farming communities right in the middle of this mess. Adding to this misery my Uncle John, who worked in a bakery, was electrocuted in a freak accident when one of the ovens shorted out.

My Grandmother could not get over his death so Grandpa decided… all things considered to go West for a visit to relatives.

They packed the children Uncle Frank, Uncle Cleo, Aunt Viola,  Amy and mom in their car… probably a 1930s Ford something like this and headed West. 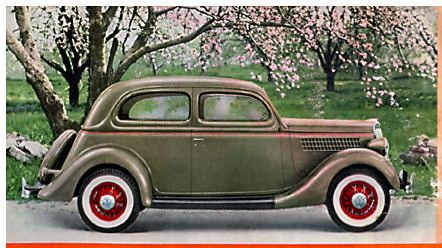 My mom was the youngest of the lot and recalls it being… “crowded and having to stop a lot to fix flat tires!”

Point #1 about investing in risk.  Economic and political circumstances will cause migrations beyond our control. We can call them stampedes. Attempts to stop the thundering herd can bring disaster.  Yet there is almost always great opportunity in the shift… whether it be Americans from the plains to the coast… Mexicans to America… Americans to Ecuador… boomers from cities to smalltowns USA.

There is energy in movement and money is simply stored energy.

What to do?  Look for big shifts.

The story continues. Once they reached Oregon… a job opportunity arose and my Grandpa decided to flip a coin… “heads they returned to Oklahoma… tails they stayed in Oregon”.   So there you have it… one way to look at my and my family’s existence is that it was determined by the flip of a coin.

There is more to it than that but this brings us to the next point about investing in risk.

Point #2 about investing risk… events way beyond our control and understanding can take place at crossroads in our finances that have a major impact on our failure or success.

The story continues. My grandma Cleo left her brothers and sisters behind in Oklahoma.  Our daughter Cinda learned these details when she began researching our family history.  One brother remained in Oklahoma and to the best of our knowledge never saw my Grandma Cleo again.  However one of his granddaughters decided to also investigate her family tree.  She joined an internet site (as Cinda did) where people can share family trees…and meet long lost relatives and communicate by email.

Cinda found this granddaugther via this site. That granddaughter’s name?  Cinda.

Were my daughter’s and this relative’s named Mary, Ann or Joan… I would not have thought twice… but Cinda?  What are the odds?

I was astounded, yet this third point was fortified with some research on the name Cinda which I though was unusual… one in a million. Certainly my wife and I thought we had thought up a unique and unusual name.

Point #3 about investing risk…  There will always be forces at work that we cannot conceive… influences that affect us and that are connected with aspects of our lives that we cannot possibly imagine with our logic.

This means we really are always taking risks anyway.  What the market calls risk are investments in new ideas in an ever changing world.  Investments that are deemed safe are those that used to work.

We exist because of coincidences beyond our imaginings we embrace rather than fear change. When you see (or even better, feel) an opportunity that others would deem risky but feels right to you… go for it.  Don’t abandon your good investing and business sense. Stick to the rules of investing in risk, but go for it!

How we can help you invest in risk.

#1: Reports on how to invest globally in multi currencies.

#2: Services that help in Ecuador.

#3: Online courses on how to have a global micro business