Our Rock & a Hard Spot Squeeze Profits For You

See below how our rock and a hard spot can squeeze out new profits… for you.

Delegates at our last Super Thinking + Spanish course taking a break.  The success of this seminar has created a rock and a hard spot that might squeeze some extra income for you.

At the bottom of this message,  I’ll explain a new way for you to earn income… almost anywhere you live.

First… may I introduce Ray Kurzweil.

Time magazine’s 10 Questions page in the edition reviewing the first decade of the 2000s was devoted to ten questions for Ray Kurzweil.

At this time when so many futures seem so uncertain…. Kurzweil is the right person to ask.

Kurzweil is a futurist who has written six books: The Age of Intelligent Machines – The 10% Solution for a Healthy Life – The Age of Spiritual Machines –  Fantastic Voyage: Live Long Enough to Live Forever – The Singularity Is Near and Transcend: Nine Steps to Living Well Forever.”

He has 17 honorary PhDs and though a scientist, one of his first degrees was in music.

He began integrating science and music in 1965 when he was on the CBS TV show “I’ve Got a Secret”, where he performed a piano piece composed by a computer he also had built.  He was later recognized by Westinghouse Talent Search and personally congratulated by President Lyndon B. Johnson during a White House ceremony.

Kurzweil is not just an abstract brainiac either.   He has applied his music-science knowledge to business.

During his sophomore year at MIT, he started his first company that used a computer program to match high school students with colleges.  At age 20, he sold the company to Harcourt, Brace & World for $100,000 (roughly $500,000 in 2006 dollars) plus royalties.

Next came Kurzweil Computer Products which he later sold to Xerox.

Kurzweil’s next business was in electronic music technology.

There is so much more to say about Kurzweil that I have put a link below to his bio.

Three of his replies to Time are worth considering.

Question #1: Is it a mistake to use the events of the recent past as a method of predicting the future?

Question #2: You predict we’ll reach a point with artificial intelligence that you call the singularity. How will that affect us?

Answer: By the time we get to the 2040s, we’ll be able to multiply human intelligence a billionfold. That will be a profound change that’s singular in nature. Computers are going to keep getting smaller and smaller. Ultimately, they will go inside our bodies and brains and make us healthier, make us smarter. We’ll be online all the time. Search engines won’t wait to be asked.

Questions #3: How will our technological progress make us feel about God?

That is a lot to digest. Kurzweil’s comments create a huge question.   We know that we cannot take two and two from the past and get four.

Yet if we get 22 and then have to times it by 22 how can we keep up in an such speed in the changing world?

But Kurzweil does provide the answer… we are the species that goes beyond our limitations.

This is what our Super Thinking seminar is about.   This courses teaches you how to learn to go beyond your limitations. 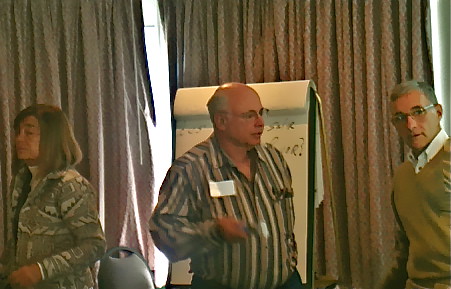 The success of this seminar created Merri’s and my rock and hard spot that can create income for you.

Three years ago Merri and I ramped up our seminar, tour program  from doing a dozen seminars year to 50.  That may seem a bit bold for a couple which is now collecting Social Security.  Then one day before the first of these courses… the manager who asked us to put on these extra seminars quit without notice!  That left us holding the bag, but we went to work and accomplished a lot!

Finally this year  we sold the Ecuador tour portion of our business and set out on a more relaxed 2011 schedule of  just eight seminar courses… until our last Super Thinking seminar.

Then things started to go wild!  This seminar went so well… the delegates had such great results that the demand for this course has skyrocketed and this is our rock and the hard spot.

Sometimes we are ready to slow down.  Yet  we just can’t refuse to help readers who want to learn this technique.  So we are adding one more Super Thinking plus Spanish course this January 13 to 16. and we will (since so many have asked) train several teachers to help us with these courses.   Just below are some more scientific facts about why this course not only helps delegates learn Spanish in four days… but shows it can bring all types of other benefits including better health, happiness…. and even weight loss. 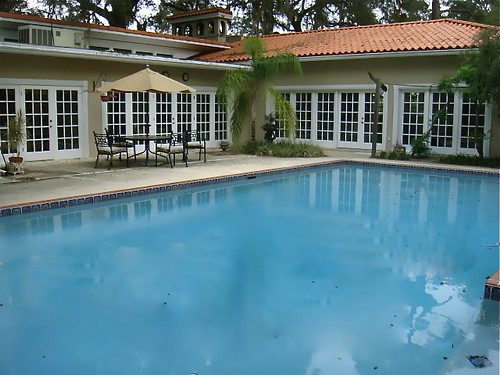 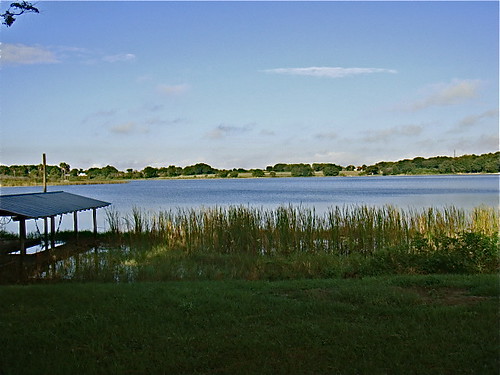 lake.  This will be one of our normal Super thinking + Spanish courses conducted by Don, Merri and me.  You can get full details in a moment.

First, another look at why these courses are so powerful. The super thinking tactics in our courses do not focus stuffing more information into an already overloaded mind. Instead they first make the mind smarter using music and other brain integrating techniques!

An article at brainmysteries.com entitled “Music Makes You Smarter” shows how music can help in learning. The article says: Regularly playing a musical instrument changes the anatomy and function of the brain and may be used in therapy to improve cognitive skills.

There is growing evidence that musicians have structurally and functionally different brains compared with non-musicians. In particular, the areas of the brain used to process music are larger or more active in musicians. Even just starting to learn a musical instrument can changes the neurophysiology of the brain.

Lutz Jncke, a member of Faculty of 1000 Medicine, proposes using music in neuropsychological therapy, for example to improve language skills, memory, or mood. In a review for Faculty of 1000 Biology Reports, an online publication in which leading researchers highlight advances in their field, Jncke summarizes recent studies of professional musicians.

The brain regions involved in music processing are also required for other tasks, such as memory or language skills. “If music has such a strong influence on brain plasticity,” writes Jncke, “this raises the question of whether this effect can be used to enhance cognitive performance.”

Several studies indeed show that musical practice increases memory and language skills, and Jncke suggests expanding this field: “Hopefully, the current trend in the use of musicians as a model for brain plasticity will continue … and extend to the field of neuropsychological rehabilitation.”

This is one reason I play the piano… badly I admit… but I know it may help my research and writing and I find it very enjoyable. 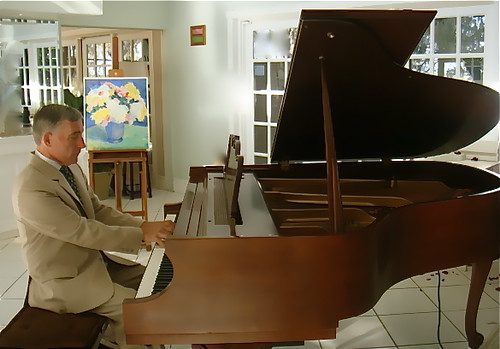 Another such article entitled “Music Moves Brain To Pay Attention” helps us understand why and says: Using brain images of people listening to short symphonies by an obscure 18th-century composer, a research team from the Stanford University School of Medicine has gained valuable insight into how the brain sorts out the chaotic world around it.

The research team showed that music engages the areas of the brain involved with paying attention, making predictions and updating the event in memory. Peak brain activity occurred during a short period of silence between musical movements when seemingly nothing was happening.

Beyond understanding the process of listening to music, their work has far-reaching implications for how human brains sort out events in general. Their findings are published in the Aug. 2 issue of Neuron.

The researchers caught glimpses of the brain in action using functional magnetic resonance imaging, or fMRI, which gives a dynamic image showing which parts of the brain are working during a given activity. The goal of the study was to look at how the brain sorts out events, but the research also revealed that musical techniques used by composers 200 years ago help the brain organize incoming information.

“In a concert setting, for example, different individuals listen to a piece of music with wandering attention, but at the transition point between movements, their attention is arrested,” said the paper’s senior author Vinod Menon, PhD, associate professor of psychiatry and behavioral sciences and of neurosciences.

“I’m not sure if the baroque composers would have thought of it in this way, but certainly from a modern neuroscience perspective, our study shows that this is a moment when individual brains respond in a tightly synchronized manner,” Menon said.

Even the military and Homeland Security are getting in the act of using music to make people smarter and more effective.


Another article entitled “Brain Music” says Every brain has a soundtrack. Its tempo and tone will vary, depending on mood, frame of mind, and other features of the brain itself. When that soundtrack is recorded and played back — to an emergency responder, or a firefighter — it may sharpen their reflexes during a crisis, and calm their nerves afterward.

Over the past decade, the influence of music on cognitive development, learning, and emotional well-being has emerged as a hot field of scientific study. To explore music’s potential relevance to emergency response, the Dept of Homeland Security’s Science & Technology Directorate (S&T) has begun a study into a form of neurotraining called “Brain Music” that uses music created in advance from listeners’ own brain waves to help them deal with common ailments like insomnia, fatigue, and headaches stemming from stressful environments. The concept of Brain Music is to use the frequency, amplitude, and duration of musical sounds to move the brain from an anxious state to a more relaxed state.

Music is now being tested as part of the S&T Readiness Optimization Program (ROP), a wellness program that combines nutrition education and neurotraining to evaluate a cross population of first responders, including federal agents, police, and firefighters.  A selected group of local area firefighters will be the first emergency responders taking part in the project.

Here is the deal.

First… if you have been thinking about learning Spanish or our Super thinking tactics… here is one more opportunity to fit this in your schedule.  We’ll conduct one more seminar in 2011 than previously announced.

Details of the course are below.

Second, we are adding a teacher training program so a few readers will be able to earn income as teachers. If you are interested in being one of the few we’ll take as a Super thinking + Spanish teacher,  send me an email at gary@garyascott.com with a subject “More Teacher Data.”

Third, if you want a greater  understand of how music can make you smarter… there are  five value links below the Super thinking details here.

For More Information on how to be smarter read: