Wanna make a bet… that there is more global economic disaster… somewhere ahead?

Frankly and sadly… we already are… all making a bet… whether we like to or not… because events are beyond our control and our government has placed each of us badly in debt.

We are told that in 2009 the recession was at its end… maybe… yet only because of massive government spending… almost everywhere.

Governments from the US to Europe to Asia and even in emerging markets like Ecuador have debts they’ll never be able to honestly repay.

The rub is that this problem may continue to grow because… high unemployment is still with us and economic growth is still slow.

The dilemma of growing government in a weak economy is likely to get worse as the forces that build big business and big governments remain at work.

An October 25, 2010  New York Times article “GlaxoSmithKline Agrees to Pay $750 Million to Settle Manufacturing Complaints” says:  GlaxoSmithKline, the British drug giant, has agreed to pay $750 million to settle criminal and civil complaints that the company for years knowingly sold contaminated baby ointment and an ineffective antidepressant — the latest in growing number of whistle-blower lawsuits that drug makers have settled with multimillion dollar fines.

Altogether, GlaxoSmithKline sold 20 drugs with questionable safety that were made at a huge plant in Puerto Rico that for years was rife with contamination.

Another article in the New York Times October 28, 2010 says: Firms Knew of Cement Flaws Before Spill, Panel Says Halliburton and BP knew weeks before the fatal explosion of the Macondo well in the Gulf of Mexico that the cement mixture they planned to use to seal the bottom of the well was unstable but still went ahead with the job, the presidential commission investigating the accident said on Thursday.

In the first official finding of responsibility for the blowout, which killed 11 workers and led to the largest offshore oil spill in American history, the commission staff determined that Halliburton had conducted three laboratory tests that indicated that the cement mixture did not meet industry standards.

The result of at least one of those tests was given on March 8 to BP, which failed to act upon it, the panel’s lead investigator, Fred H. Bartlit Jr., said in a letter delivered to the commissioners on Thursday.

In short, it’s sad to say that all too often big businesses are big because they cut corners.

That cheating encourages the public to vote for bigger government to provide protection.


This creates a tension… bigger government complicates small business and forces businesses to get even bigger to survive the burdens put on them by officialdom.  Which in turn favors even more government.

Eventually government reaches the state where it houses the elite in its own cozy den.

For example, in the past private industry offered the best pay. The  government workers took a lower salary for job security.


This is no longer true.

An article at jobs.AOL .com shows that current government jobs give rich benefits packages and higher wages than in the private sector.

Unlike most private employees, federal workers have a choice of several health plans and life insurance options, all paid for by the government.

Government workers have more paid time off. They get 13 days of sick leave a year, that accrue indefinitely, plus earn 13 vacation days when they start and this rises 26 vacation days or 39 days off in total PLUS public holidays.

And the benefits don’t stop at retirement. Those hired after Jan. 1, 1984 can participate in the three-tiered Federal Retirement System.

And a growing number of government earn more than in the private sector according to the Department of Labor’s Bureau of Labor Statistics.

This spiral grows via government inefficiency and non productivity continually encourages bigger business which intensifies the apparent need for even more government.

Finally big government and big business get into bed together… the FDA and big pharma.  The EPA and the oil industry.  The SEC and big banks, etc.

We hope that America’s angry voters have sent a message to government… yet even this is not dependable.

Fortunately there is a sure fire way to prosper and enhance freedom, fun and adventure despite even the harshest of big business, big government struggles.

The bigger businesses become, the more crumbs they leave behind… the more opportunity they provide for micro businesses to fill in the niches.  Ditto for big government.  Take the delivery and mail address services… UPS and Fedex,  Kinko (Now Fedex), Regus, Mailbox and businesses like that… all grew because the post office was so customer unfriendly and inefficient.

Your own micro business can give you a way to earn income anywhere in the world and can (should be) fun as well.

Everyday we all must bet on how our economic future will unfold. The great part is that come what may we can be prepared to gain from whatever happens if we develop our own way to serve and earn.

Three ways to learn to earn.

Three Free Bonuses Can Help you Have Everlasting Income.


Bonus #1: Enroll in our online course “International Business Made EZ”  and receive a 51 lesson bonus course on how to create your own website using Sitesell.

Bonus #2: Plus get a 50 minute Video Workshop “How to Start Your Own Internet Business” presented by my webmaster David Cross, FREE . 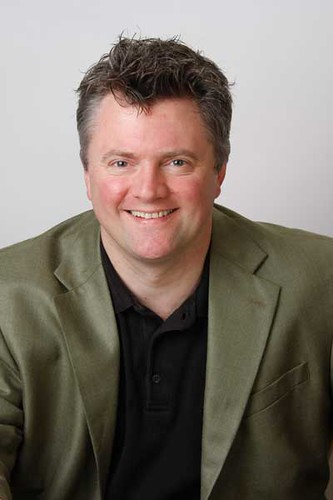 David has been our webmaster since our site began over a decade ago.  He has unparalleled, hands-on marketing experience that spans 25 years in 22 countries for companies and charities large and small.

He’s guided many businesses and individuals to success in their business and helped them achieve their marketing goals, both online and offline.

As Senior Internet Consultant to Agora Inc. in Baltimore, MD, David worked closely with Agora’s publishers and marketers and over an 8-year period helped to propel Agora’s online revenues to over $300 Million in 2009.

David wrote to me when he completed this video: “Although I do say it myself in those 50 minutes is everything anyone would ever need to know to start their own Internet business.”

This video is brand new as of yesterday and the first reader to read it wrote:  Muchas Gracias Gary, Just watched David’s video. It Was SUPER!  Thanks Again. Bill

I’ll email your FREE bonuses to you immediately.