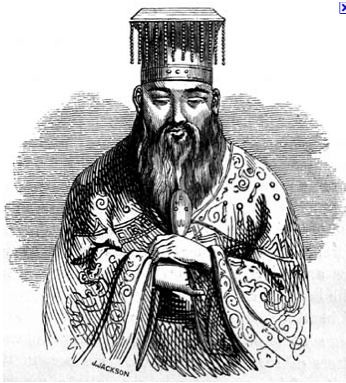 the footsteps of Confucius.

In these times of transition… when chaos seems to be the order… when sound bites and spin seem to rule…. rather than truth, law and order… where can we go… who can we look to for guidance?

One ray of wisdom and truth that has survived the tests of time are the quotes of  Confucious.

Here are seven of his thoughts that spotlight a wise course of action for good health and everlasting wealth… always have and always will.

“Wheresoever you go, go with all your heart.”

“I hear and I forget. I see and I remember. I do and I understand.”

“It does not matter how slowly you go so long as you do not stop.”

“He who will not economize will have to agonize.”

“They must often change who would be constant in happiness or wisdom.” 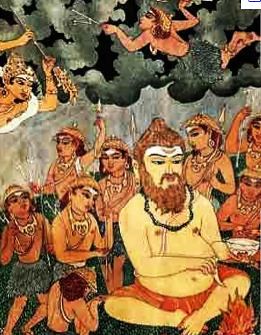 “Music produces a kind of pleasure which human nature cannot do without.”

“When music and courtesy are better understood and appreciated, there will be no war.”

Thousands of years ago Confucius recognized the awesome power of music and its impact in health… in wealth… in politics… in all of life.

David Tame described this fact this in his book “The Secret Power of Music” when he wrote: In the viewpoint of the ancient Chinese, the notes of all music contained an essence of transcendent power. A piece of music was an energy formula. Each different piece of music qualified the sacred power of sound in different ways.

A graphic account has come down to us from the time of Confucius which shows the very real and practical importance the wise men of China placed on upon music.  A gift of female musicians was sent by the people of Ts’e to the people of Loo. Confucius himself protested to Ke Huan, the ruler of Loo, that the foreign musicians should not be received, lest their alien, and possibly sensual, music influenced the musicians of the kingdom. Confucius believed that if the music of the kingdom was altered, then the society itself would alter, and probably not for the better. The famous philosopher was uncompromising on the issue. The same level of importance which politicians today would attach to military and economic matters. Confucius attached t the issue of the kingdom’s music. He was certain andf firm in his moral convictions, and was prepared to back them up to the hilt. Refusing to listen to the music, he stormed out of the court in protest. he had heard the alien music, and he has seen the writing n the wall. He knew.

And just what was it he knew?Along with all the other great philosophers of his land, Confucius believed there to be a hidden significance to music which made on of the most important things in life, possessing potentially tremendous power for good or evil.”

Merri and I believe this as well… which is why we have increasingly devoted our time to our Super Thinking courses where we let music help students improve their ability to absorb, retain, use and recall information.

By simply changing your music inside and out you can unlock universal power so Merri was trained by a Bulgarian educational master, Dr. Giorgi Lozanov, who altered the face of education using music in teaching so she could use music to help you learn.

Super Thinking teaches the first step in listening to music to gain power.

You can learn how to use music in the course Super Thinking + Spanish Course that helps you learn Spanish in just four days.

As in music… so in life.

Yehudi Menuhin expressed the power of music in his book “Theme and Variations” this way: Music creates order out of chaos; for rhythm imposes unanimity upon the divergent, melody imposes continuity of the disjointed, and harmony imposes compatibility upon the incongruous.  Thus a confusion surrenders to order and noise to music, and as we through music attain that greater universal order which rests upon fundamental relationships of geometrical and mathematical proportion, direction is supplied to mere repetitious time, power to the multiplication of elements, and purpose to random association.

In times of transition… as we are living now, chaos is the order.  Turn that chaos into order… better health… everlasting wealth and happiness with the secrets of power in music.

Join us for “Super Thinking plus Spanish” and or the “Naad Yoga – Realizing the Nature of Sound.”