A micro business opportunity can make you rich.

Try something like Rich Richard’s Almanac… though he called it Poor!

Everyone knows that Ben Franklin was an American Founding Father. He was known as an author and printer, satirist, political theorist, politician, postmaster, scientist, inventor, civic activist, statesman, and diplomat.

As a scientist, he invented bifocals, the lightning rod, the Franklin stove and much more.

He formed the first public lending library in America.

He formed the first fire department in Pennsylvania.

He was a practical man who integrated philosophy with practicality and had a huge influence on the type of society America would become.

Franklin created pride for the working class. He was interested in science and technology, and gained global importance for his study of electricity.

He helped establish the University of Pennsylvania.

He was the first president of the American Philosophical Society.

Franklin was an accomplished diplomat.

Franklin’s wealth and hence his ability to accomplish all the above came as a publisher.

He published the Pennsylvania Gazette.

His most profitable enterprise was Poor Richard’s Almanac published for 25 years.  It sold as much as 10,000 copies a year.

However, you do not need to write to publish.

Franklin was not a great writer.  Most of the material in Poor Richard  was not actually written by Franklin.  He never pretended that he was a writer and stated in in 1746 in Poor Richard:  “I know as well as thee, that I am no poet born; and it is a trade I never learnt, nor indeed could learn. . . .Why then should I give my readers bad lines of my own, when good ones of other people’s are so plenty? ’Tis methinks a poor excuse for the bad entertainment of guests, that the food we set before them, though coarse and ordinary, is of one’s own raising, off one’s own plantation, etc. when there is plenty of what is ten times better, to be had in the market.”

Almanacs were popular in colonial America, with people in the colonies using them for the mixture of seasonal weather forecasts, practical household hints, puzzles, and other amusements they offered.

Poor Richard’s Almanack was popular for all of these and many other reasons.

We can study the fundamentals of the almanac to learn how to create income through publishing now.

The Almanack contained the calendar, weather, poems, sayings and astronomical and astrological information that a typical almanac of the period would contain.

Next Franklin’s Almanack contained aphorisms and proverbs, many of which live on in American English. These maxims typically counsel thrift and courtesy, with a dash of cynicism.

In the spaces that occurred between noted calendar days, Franklin included proverbial sentences about industry and frugality.

Many these sayings were borrowed from an earlier writer, Lord Halifax, many of whose aphorisms sprang from, “….[a] basic skepticism directed against the motives of men, manners, and the age.”

Franklin created Poor Richard as a separate persona and used that personality to attract annual readers.

Another annual appeal was “made up news”, so that readers would purchase it year after year to find out what happened to the protagonists.

Franklin took the position that all news was good news. There was no bad publicity.

The Almanack was also well tuned to the times and steeped in practicality rather than ivory tower philosophy.

For example, one adage “Let thy maidservant be faithful, strong, and homely” showed Franklin’s belief in the legitimacy of controlling the sexual lives of servants for the economic benefit of their masters.

Since that time other almanacs have thrived.

The Old Farmer’s Almanac (still in publication today) was first published in 1792.

The Farmers’ Almanac, (also still in publication), began in 1818. 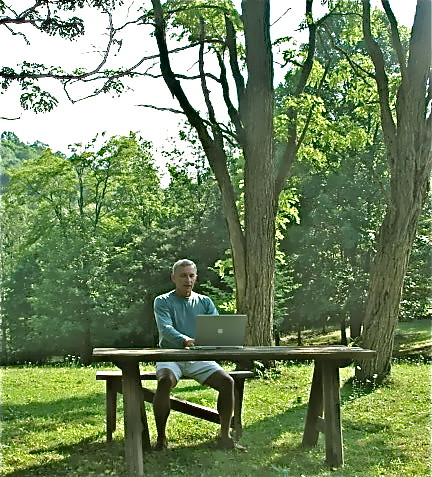 Merri and I love our publishing business for the freedom it provides. I can work anywhere… even in our North Carolina woods or believe it or not in… 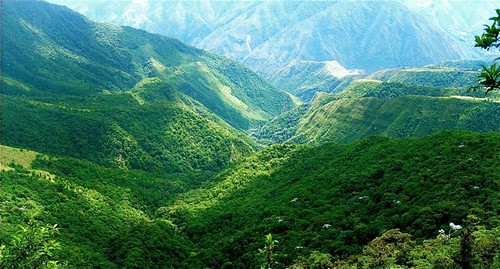 places more remote than the Blue Ridge, such as our hacienda Rosaspamba in Ecuador. This is the hacienda. 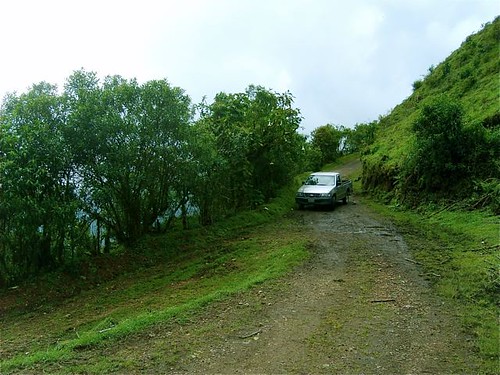 You can only reach Rosaspamba by helicopter or 45 minutes down this rough road.  Our house sits on this… 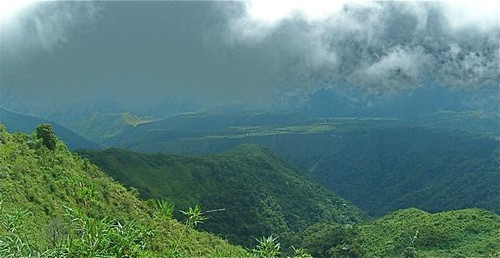 ridge.  There was no electricity… no hot water and to begin we lived in this… 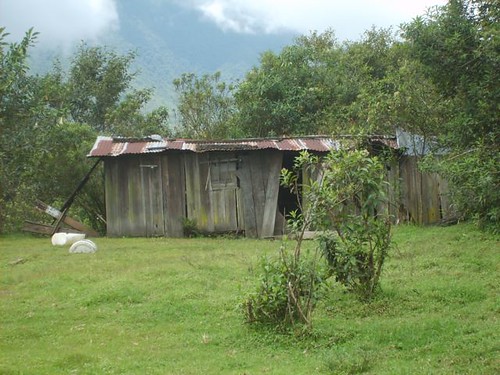 shack.  Yet I kept my lap top charged from our Land Rover and did my publishing.  Then I drove into town once a week to send everything out over the net.

We earned a great income and yet were able to live with an Ecuador yatchak and his apprentices to learn a healthier and wiser way of living.

One day special. Enroll in our publishing course today only and receive $598 of extra courses free.