You can enhance the chances of success in a micro business by brainstorming from twists.

One thought to throw in your brainstorming pot is your micro business relationships to Maslow’s Hierarchy of Needs.


This a snippet from is a great photo by Pieter Hugo for the New York Times that shows foragers in Ghana who tear up old computers for the precious metals inside.  This perfectly depicts what Maslow says. 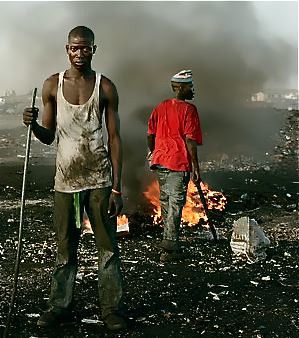 Every place is affected differently by the human reactionary path that was described by Abraham Maslow in his “Needs Hierarchy”.   He states that humans move through six steps in life if given a chance to progress.

“The first step in Maslow’s ‘Needs Hierarchy’ is to take care of one’s physical needs, the second is to gain security. After these two levels the third step is to focus on social needs before progressing to the fourth step of acknowledgment and finally to self realization. Maslow years later stated that there is perhaps a sixth step he called idealization or the need to find a purpose beyond oneself.

“Let’s put this into day-to-day economic terms. A person first makes sure he or she has food, clothing and shelter. If these needs are not fulfilled, not much else matters. Someone who is cold and hungry rarely thinks too much about how they look or about the social impact of their process of getting food. Enough hunger and cold will lead people to take great physical risks to be fed and warmed.

“But once the belly is full, the body warm and the larder filled, one begins to think about how to protect that food and how to stay warm. When secure and comfortable that the physical needs are met and will remain satisfied we start to think about how we look, how we get along with others and how we fit into our society and family. We want to fit in! At least for awhile.

“Then we want to excel, to be acknowledged, in our society or family, as being special, being good, being more than just acceptable.

“When we reach a point where we have convinced others we are special and unique, we become driven to convince ourselves of this fact. We look for acknowledgment.

“Finally, if we prove ourselves to ourselves, we reach a sixth level of having needs that goes beyond ourselves.

“Our upcoming society will be dramatically affected by this hierarchy of nature and four other important facts. First, the fact that parts of the world (industrialized society) have seen a six times increase in wealth in just one century. Today the average American is 40 times richer than ancient mankind, an amazing increase. Second, most of the incredibly rich westerners are still not satisfied. Third, most of the world hasn’t enjoyed this increase in wealth.

There are many ways to use these aspects of human nature to add twists in a micro business.

One approach to micro business opportunity is to create a unique business that takes advantage of imbalances in a specific area.

The computer salvagers above take advantage of low labor costs (and a lack of pollution regulations) to create that business.

A better example is one couple who were readers for many years. They started a used tire business in Africa.

The National Highway through Togo is the only link to the landlocked countries of Niger and Mali. The road is rough and trucks have worn out their tires by the time they reach the city of Dapong, half way up the road. A couple developed this perfect structure because they learned that used tires would sell briskly in Dapong.

However, when they checked out shipping used tires from the U.S., they found freight costs too high. Then they realized there was also a good market in Togo for used shoes as well. They knew that Americans hardly ever wear out their shoes. They then had a brilliant idea to stuff the used tires full of used shoes! Thus, they were able to ship the used shoes inside the used tires and establish a thriving, successful business.

Read the entire story about this business here. 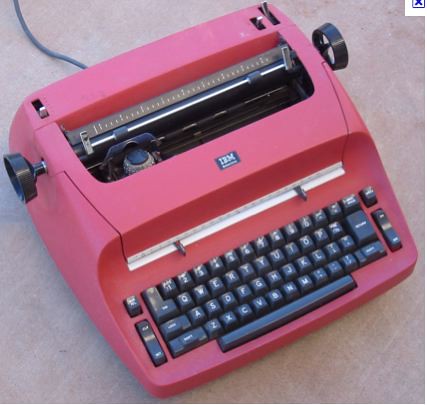 In another example, a reader many years ago, as computers and word processors became common in Canada and the USA, began buying up IBM Selectric typewriters for pennies on the dollar.  He shipped and sold them in Latin America where the computer evolution had not begun.

Another way to create a micro business is to be traditional… with something like a restaurant… but with a twist.

We saw last week how a family opened a restaurant… the California Kitchen in Cuenca.

A California Kitchen would be pretty mundane in the USA… especially California… but In Cuenca, Ecuador it is unique.


Here is a note from a reader who is involved in numerous micro business ideas.

Hi Gary,  We are doing very well in Cuenca.  We have recently become partners in the local CURVES franchise which went into the black in its first month.  Like you, I believe that Ecuador is actually one of the few ideal places in the world that will handle this crisis with relative ease and grace.  To support that belief we are looking for additional small local business investments.  All the best to both you and Merri.

Curves… is an okay idea… a proven success in some places, but curves in Ecuador shows an added twist adaptation to a new growing market of gringos there.


Technology makes it easier then ever before to have your own micro business.  Combine the benefits of technology with added twists adapted from Maslow’s Hierarchy of Needs and you’ll increase your chances of success.