There has been some confusion about Ecuador’s president Dale Correa. See below how this confusion can help us learn how to make, keep and enjoy wealth wherever we live.
A recent article looked at some of Dale Correa’s problems and Ecuador’s political tension. 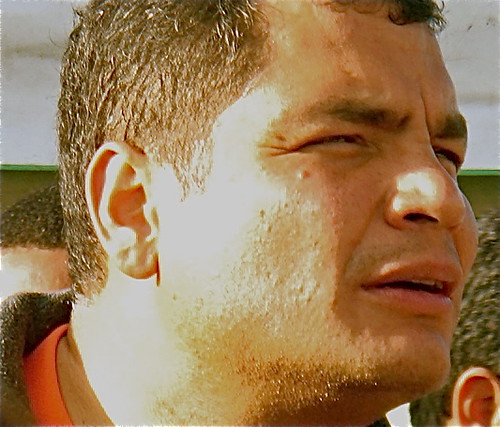 Here is a photo I took of Correa in Cotacachi.  He stayed at our hotel Inn Land of the Sun (Formerly Meson de las flores).  Imagine if I… an ordinary citizen  tried to get could get this close to photo the president of the USA!
In reply to the political tension article a reader replied to this note:


Hi Gary,  I don’t know how that typo came into being (Ralph or Raul would have been more understandable!) but somehow El Presidente has been renamed Dale! This typo is in two places. See below in the summary of the Political Tension article (I changed it to red so you can find it easily), as well as on page three of your article. Best wishes,  Jennifer

My reply to the reader below helps clarify Correa’s name.


Please excuse my lack of clarity.  Rafael Vicente Correa Delgado is President of Ecuador and often referred to in Ecuador as called Dale Correa.

The words Dale Correa represents the idea to “give them the leather belt.”   Correa used this concept and play on words when running for President sayings that he was going to give the old order the belt and drive them out.

Here is what the Spanish translation literally says: 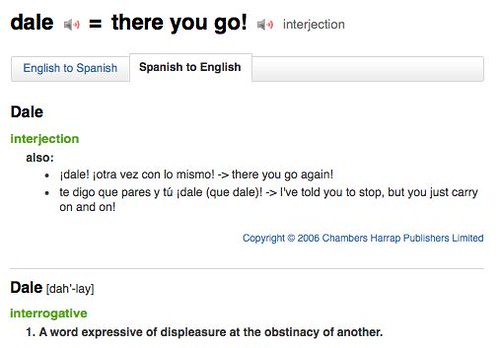 Hence the emergence of a Dale joke in Ecuador.  These might be similar to Bama jokes about the President of the USA.

I should have been aware that those who are not involved in daily Ecuador life and who do not know Spanish would know these facts and could be confused and worried. I hope you did not let this minutiae cause you to miss the theme of the message.  Regards.

A recent message New Sucre in Ecuador shared an important political fact… Correa… like President Obama came to office with a strong  mandate because he promised to bring great change to the system… “Dale Correa.” Now many Ecuadorians have lost their confidence or hope (like in America) as the politics seem to remain the same.

An excerpt in the Wall Street Journal entitled: “Ecuador Government Fails To Pass Monetary Law, For Now” by Mercedes Alvaro shows how Correa has not be so good at throwing out the old order and unifying a new order.  This article says:  Ecuadorean President Rafael Correa’s party failed to garner enough votes in Congress to pass a controversial monetary reform bill that would give the central bank the use of deposits to fund investment projects, but it hasn’t given up on the plan.

Correa’s party, Alianza Pais, secured only 59 votes Tuesday, four short of the 63 needed to pass laws in the 124-seat legislature. The failure is Correa’s second recent congressional defeat, after the party was unable to get enough votes in May for a bill to overhaul water usage. He is also struggling to find sufficient backing for communications and education bills.

The president of the legislature, Fernando Cordero, a member of the government party, plans to present the monetary policy reform bill again next week for another vote, since the opposition also lacked sufficient votes to bury it. Some analysts fear the bill, if passed, could compromise the country’s financial stability.  The proposed law suggests the central bank could invest directly in state-owned banks, and would also be allowed to provide liquidity to institutions “with some questionable lending policies and high non-performing loan ratios,” Crespo said. The reforms would also allow the central bank to invest directly in debt issued by local companies, debt that wouldn’t have to be listed on a stock exchange.

Correa’s administration has been rattled by the recent protests against several of its proposed laws, including proposals on hydrocarbons reform, communications, and university education. On Wednesday, Cordero suspended a session to vote on the universities bill amid protests by opposition lawmakers.

Perhaps we are returning to the old system Merri and I were familiar with for the first decade plus we were in Ecuador… where the people rejected presidents quite often.

There are important messages about making, keeping and enjoying wealth we can learn from observing the Ecuadorian political system.

The first is that the nature of politics… especially in big countries… is framed by sound and image bytes.  What we know is slanted by spin.  Most of our politics… are affected by hidden agendas.  In Correa”s case he used the play on his name to suggest that he was going to toss all the old boys out and change the system.  Promises are normally made (to get into office) that cannot be kept.

Then the new administration uses secrets and spins to hide the real facts.

A Time magazine article “Defending the Leaks: Q&A with WikiLeaks’ Julian Assange” by Eban Harrel shows that technology may help solve this problem. It  says:


Q: There’s a collection of newspapers with your picture on the front page. Who is Julian Assange?

I am a journalist and publisher and inventor. In the case of WikiLeaks, I have tried to create a system which solves the problem of censorship of the press and censorship of whistle-blowers across the whole world. As a public spokesman for the organization, I take all the heat and get all the credit. (See the top 10 leaks.)

Do you believe in total transparency? Should governments and individuals be allowed to hold secrets, or should we put everything out there?

Of course there are legitimate secrets. But we must make the default assumption that each individual has the right to communicate knowledge to other individuals. We call up our grandmother, and the government doesn’t listen in. Your mail can be sent, and the government doesn’t open it up. That is our default assumption. There is a community assumption that we can talk to one another freely and that it is right to exchange knowledge about what is happening in the world. Those assumptions are embodied in good jurisprudence.

What we see coming out of the U.S. First Amendment is that Congress shall make no law in relating to restriction of freedom of speech or press. It doesn’t say Congress should make a law to protect the press. It takes the function of political debate and exchange of ideas outside the legislature. There’s a very good reason for that. It was the Federalist papers and the swapping of information that led to the U.S. Constitution and in an ongoing sense to the social structure that creates laws and legislation. It is the communication of information that regulates politics and the legislature, the judiciary and the behavior of the police. It’s quite important to have the default assumption that the free exchange of information should not be regulated except in specific and clear circumstances.

This evolution towards access to the truth away from spin is likely to take time but can offer ways to make money from it.

The reason we are shifting towards transparency is the shift from broadcast to broadband so investments in broad band technology  make sense.

This is a huge filed way beyond description here, but a place to watch… to see the types of technology that is coing online is the “One Economy Corporation” a Washington, D.C. based, global, nonprofit organization that leverages the power of technology to connect underserved, low-income communities around the world to vital online information and resources.

In the long run… the big advances in global communications will be the cuddly interface…  ways to make computer power and communication easier to use.

One economy focuses in this way… founded in 2000 with a mission to ensure that everyone, regardless of income or location, can maximize the power of technology to improve the quality of his or her life and enter the economic mainstream.

One Economy brings broadband into the homes of low-income people, employs youth to train community members to use technology effectively, and provides public-purpose media properties that offer information on education, jobs, health care, and other vital issues.

These initiatives target three barriers to sustained Internet use: affordability, accessibility, and lack of relevant content.

In April 2010, One Economy, in partnership with the Broadband Opportunity Coalition (BBOC), was awarded $28.5 million through the Broadband Technology Opportunities Program, run by the U.S. Department of Commerce’s National Telecommunications and Information Administration. One Economy and the BBOC are supplementing this grant with $23 million of private sector matching support so this organization has some  money to spend that might lead to new broad innovations uses of the internet.

Those who spot and invest in these innovations may well see extra profit as the world moves from image and spin to authenticity.

Link to more data on  One Economy Corporation is a Washington, D.C.

← Wisdom of the Masses Q&A Rules of Wealth →