Emerging markets are growing much faster than major markets.

This fact has created great opportunity over the past four decades.  Emerging stock markets have risen about twice as fast as stock markets in mature economies with very little extra volatility or downside. 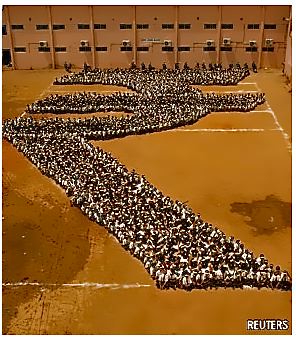 This does not mean we should, just invest headlong into emerging market stocks. We’ll see how this applies to Ecuador in a moment.

Take India as an example.  India has been one of the more popular emerging markets and its currency, the rupee was just given a new currency symbol.

To create this symbol the Indian Government announced a contest last year with a prize of about $5,000   Here are some of the top shortlisted designs. 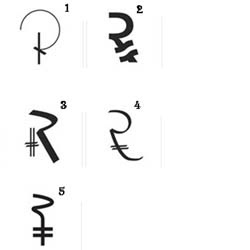 The winning design which is now the Official Indian Rupee Symbol was submitted by an IIT post-graduate D Udaya Kumar.

Here is the new sysmbol. 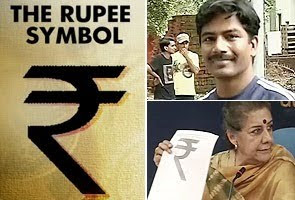 An excerpt (bolds are mine) says:  A new symbol for the Indian rupee, announced on July 15th, moved some to flights of fancy. A business newspaper suggested that it would “catapult the rupee into the company of four ‘elite’ currencies” which also have symbols. A minister claimed that it would somehow “further highlight the strength and robustness of the Indian economy”.  The IMF expects the economy to grow by over 9% this year, although double-digit inflation means that the rupee is losing purchasing power at an unusually rapid pace.

This article and the Reuters photo above from the article contains several seeds of information about the emerging markets.

Seed #2: The photo of all those people making up the rupee sign illustrates the fact that many emerging markets have a lot of people… huge populations.

Seed #3: The fact that anyone would think that the new symbol would have anything to do with economic and or currency strength shows a great deal of immature thought in government, the market place and the population.

More on these thoughts in a moment.

First let’s go to an even bigger emerging market, China.


Another Economist article excerpt from “Replicating success – Academic fraud in China” says:  CHINA’S president, Hu Jintao, speaks often and forcefully of the need to foster innovation. He makes a strong case: sustaining economic growth and competitiveness requires China to get beyond mere labour-driven manufacturing and into the knowledge-based business of discoveries, inventions and other advances.

Yet doing so will be hard, not least because of the country’s well-earned reputation for pervasive academic and scientific misconduct. Scholars, both Chinese and Western, say that fraud remains rampant and misconduct ranges from falsified data to fibs about degrees, cheating on tests and extensive plagiarism.


The most notable recent case centres on Tang Jun, a celebrity executive, a self-made man and author of a popular book,“My Success Can Be Replicated”. He was recently accused of falsely claiming that he had a doctorate from the prestigious California Institute of Technology. He responded that his publisher had erred and in fact his degree is from another, much less swanky, California school.

The implications of widespread academic misconduct could be great. Denis Fred Simon of Penn State University argues that growing evidence of fraud “calls into question the overall credibility of the entire scientific enterprise in China-and unfortunately feeds negatively into the related concerns about the safety of Chinese products and the integrity of information coming out of China.”

In practical terms foreign scientists may be deterred from China, as they worry about getting caught up in scandals. Early this year, after it was found that 70 papers on crystal structures submitted to an international journal by Chinese scientists had been fabricated, the Lancet medical journal called on China’s government to “assume stronger leadership in scientific integrity”. Measures taken so far, it suggested, had failed to get to the root of why some Chinese scientists lie.

Another direct cost may be felt by Chinese students looking for college places abroad. Admissions officials are suspicious of near-perfect scores on standardised tests and glowing recommendations from professors, which are common to many applications from China. The risk is that genuinely qualified students are turned away because of general suspicion about fraud.

The seed about emerging markets here is that many emerging cultures do not have a strong social, cultural infrastructure that will help it compete in the global economy.


China has another cultural demographic problem.  The population is huge.  Big populations make it much harder to gain sustainable environmental successes.

Big populations spread over vast distances are much harder to integrate than small populations confined to a small territory.

Just look at some of the greatest economic successes… Singapore… South Korea and Taiwan.

Look at the richest populations and highest living standards in Europe… Luxebourg… Denmark… Switzerland…  all small places and populations.

To help reduce this huge population, decades ago, China implemented a one child per family regulation that clashes with Chinese culture and has created a huge demographic rift called Bare Branches.

There is an academic book, “Bare Branches:The Security Implications of Asia’s Surplus Male Population” written by Valerie Hudson and Andrea den Boer that describes the causes of the high sex ratio in China and India.

This study also looks at the effects and future implications of the high ratio of men to women in these countries.

The average sex ratio worldwide 105 men for every 100 women. China and India have higher than average ratios that creates a large surplus of males.

In other words China and India have many more men than women.

China has a historical preference for sons over daughters.  This preference is increased by the one child per family policy that has been on the books for decades.

This cultural – legal clash has led to sex selective abortions, infanticide and infant abandonment.   The end result is unmarried males called “Bare Branches” who are prone substance abuse, gambling and violent crime. These en are more likely to be unemployed or underemployed, with little education and no permanent residence. They tend to congregate in migrant bachelor subcultures…. as in gangs.

These large and often violent gangs create security problems and lead to an increased recruitment into the military or police force, increased violence internally or globally.

Yet you’ll see in the small highly successful economies that the glass ceiling for women is much higher… still there in some cases… but nothing like in some of the emerging countries.

The point is… many emerging economies have cultural problems that will  make it hard for them evolve and compete in the global economy.  They will drown in their own success.  Numbers right now… may look great.. yet we have to look below the surface and be selective in the emerging markets where we invest..

Overall emerging markets still offer better potential than mature markets, but one must choose the correct markets with care… because there is always something we do not know… especially in emerging markets.

This is why seeking value is so important.   Value is the harmonious aspect of existence that wishes to fill every void.  Value is the ecstasy that harmonizes away the agony of imbalance.  Value means you are buying what is NOT in demand at a price lower than the object’s or share’s worth.

If you are a new subscriber learn about Keppler Asset management here.

The euro, which had declined 5.7% versus the US dollar in the first quarter, gave up an additional 9.5 % in the last three months for a year-to-date decline of 14.6%.

Year-to-date, the MSCI Emerging Markets Index declined 6.2 % in US dollars.

Again, due to the euro weakness in the first half of 2010, the Emerging Markets benchmark index gained 9.9 % in euros.

Of the three regional indices, Asia was down 5.2 %, Europe Middle East and Africa (EMEA) declined 13.4 % and Latin America lost 12 % in the second quarter.

In the last six months, the three regional indices lost 3.9 %, 8.0 % and 10.6 %, respectively. Performance numbers are in US dollars unless mentioned otherwise.

Again, this demonstrates that, in the first half of 2010, currency movements may have been more important than equity returns.

There were no changes in the Top Value Model Portfolio in the second quarter.

As of the end of June, it contains a combination of the nine “Buy”-rated markets Brazil, the Czech Republic, Egypt, Hungary, Poland, Russia, Taiwan, Thailand and Turkey.

According to our performance ratings, these markets offer the highest expectation of long-term risk-adjusted returns.

So India may be celebrating a new currency symbol but its currency is crashing and its stock market is priced too high.  China may be the biggest emerging market value but its value is not a bargain.


One way for non US investors to tap into good value emerging stock markets is with the State Street Global Advantage Emerging market fund.

This is one of the many examples of a US company subsidiary that will not accept American investors.

The Emerging Markets High Value Subfund focuses on attractively valued equity in the emerging markets. The objective of the fund is to outperform the Morgan Stanley Capital International (MSCI) Emerging Markets Index over holding periods of three to five years.

One way US investors can begin to find ways to invest in good value emerging markets is to look at the country and share holdings of the State Street Emerging Market Fund and then look for US registered funds, etfs that have a similar distribution… or look for adrs traded in the USA of the shares held.

This would only be the beginning step… a way to start zeroing in. You should still research any share you are considering to make sure that good value and prospect remain and that potential performance fits the parameters of your financial needs and situation.

There are seven good places to invest now.

Returns on emerging markets has the potential to outstrip almost any other investment so they deserve a place in most portfolios.  Just be sure to consider the risks and value  of each market and share before you invest.

I’ll share my current emerging markets favorites when I speak at Jyske Bank’s upcoming Global Wealth seminar in Copenhagen. I hope to meet you there.

Whoopee for the rupee