See Funky Micro Business Idea below:  Over the Moon.

First… yesterday’s message was a micro business idea about good health shoes. I linked that article to the shoe website but got the link wrong. This was my fault for working too late and not doing the full job!

Here is the correct link to Walk the Walk Shoes.

Next.  Before we look at the over the moon micro business idea let’s remember a problem about this era’s change… that opportunity for most in big business is dead.

An excerpt from the New York Times article “American Dream Is Elusive for New Generation” by Louis Uchitelle reminds us of this fact when it says:
GRAFTON, Mass. — After breakfast, his parents left for their jobs, and Scott Nicholson, alone in the house in this comfortable suburb west of Boston, went to his laptop in the living room. He had placed it on a small table that his mother had used for a vase of flowers until her unemployed son found himself reluctantly stuck at home.


The daily routine seldom varied. Mr. Nicholson, 24, a graduate of Colgate University, winner of a dean’s award for academic excellence, spent his mornings searching corporate Web sites for suitable job openings. When he found one, he mailed off a résumé and cover letter — four or five a week, week after week.


Over the last five months, only one job materialized. After several interviews, the Hanover Insurance Group in nearby Worcester offered to hire him as an associate claims adjuster, at $40,000 a year. But even before the formal offer, Mr. Nicholson had decided not to take the job. Rather than waste early years in dead-end work, he reasoned, he would hold out for a corporate position that would draw on his college training and put him, as he sees it, on the bottom rungs of a career ladder.


“The conversation I’m going to have with my parents now that I’ve turned down this job is more of a concern to me than turning down the job,” he said.
He was braced for the conversation with his father in particular. While Scott Nicholson viewed the Hanover job as likely to stunt his career, David Nicholson, 57, accustomed to better times and easier mobility, viewed it as an opportunity. Once in the door, the father has insisted to his son, opportunities will present themselves — as they did in the father’s rise over 35 years to general manager of a manufacturing company.


“You maneuvered and you did not worry what the maneuvering would lead to,” the father said. “You knew it would lead to something good.”


Complicating the generational divide, Scott’s grandfather, William S. Nicholson, a World War II veteran and a retired stock broker, has watched what he described as America’s once mighty economic engine losing its pre-eminence in a global economy. The grandfather has encouraged his unemployed grandson to go abroad — to “Go West,” so to speak.


“I view what is happening to Scott with dismay,” said the grandfather, who has concluded, in part from reading The Economist, that Europe has surpassed America in offering opportunity for an ambitious young man. “We hate to think that Scott will have to leave,” the grandfather said, “but he will.”
The grandfather’s injunction startled the grandson. But as the weeks pass, Scott Nicholson, handsome as a Marine officer in a recruiting poster, has gradually realized that his career will not roll out in the Greater Boston area — or anywhere in America — with the easy inevitability that his father and grandfather recall, and that Scott thought would be his lot, too, when he finished college in 2008.

In this era, cradle to grave corporate opportunity has been dramatically diminished and all types of corporate career employment severely reduced. Technology reduces the need for a lot of middle management and technology has also created a global economy that makes other nations more competitive.

Examples of this fact we see here in North Carolina include Thomasville the furniture manufacture and Cannon Mills the largest maker of towels in the USA. Faced with rising labor costs Thomasville moved most of its operation to China. Many US jobs were lost.

Cannon stuck to their cradle to the grave with the US approach and went bust.

The end result?  In both examples US jobs were lost.

When we embrace change,  the technology that has destroyed the old era can make our lives even better because this technology enhances profits in micro businesses.

Micro businesses can be better than a job! With a micro you are the boss and can choose how to have self fulfillment…  and your business can be fun and can be unusual… funky… even off the wall.

This is why we created our Hall of Funky Micro Business ideas.

Here is a new funky business idea we can add to the hall.

How odd can your tours be?

Very odd indeed… such as shown by this excerpt from a June 25, 2010 article in National Geographic entitled Mooning Over Solar Eclipses.

As day plunges into night, the faithful gaze skyward, murmuring in awe. They wear Mylar glasses, hoist cameras, join hands. They are “eclipse chasers,” and their numbers have been growing since the 1970s. Total solar eclipses occur every 18 months or so and are visible for just a few minutes from any one spot. As knowledge about them has trumped superstition, legions of fans have been flocking to the narrow strips on Earth where the moon can best be seen obscuring the sun.

This year Melita Thorpe, owner of an astronomy-themed travel agency, saw a hundred slots fill up by spring for a $6,000 July freighter trip to the South Pacific; dozens more devotees signed up for a sunset viewing of the same eclipse in Patagonia. Her biggest crowd in the agency’s 26 years: the 700 people she ferried to view a 1991 eclipse off the coast of Mazatlán, Mexico.

I have used this as an example only to show how esoteric one’s micro business ideas can be.  We do not encourage looking at eclipses. In Ecuador’s shamanic wisdom (and in India’s as well) being in an eclipse is really bad for one’s energy.

Well maybe not over the moon… but into outer space at least. 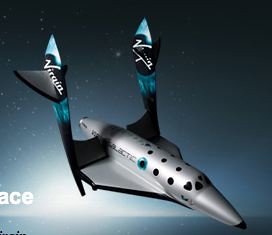 Richard Branson and Virgin Galactic created a tour business to take people into outer space.
According to the company’s website 340 customers (the company calls them Virgin Galactic astronauts) have purchased tickets that cost $200,000 and deposits start from $20,000.
The Hobby Space website (see link below) has an article entitled “Space Tourism Personal Spaceflight for you” that says:

In April of 2001, Dennis Tito became the first traveler to pay for a trip to space with money out of his own pocket. He decided to do it and then just did it. That’s what tourism is all about. Since then four other “personal spaceflight participants” have traveled to the ISS. The trips were arranged by the company Space Adventures which has also set up the trip for Richard Garriott in the fall of 2008.

In October of 2004, Burt Rutan’s SpaceShipOne won the X PRIZE and thereby started a new race to develop the first vehicle that will provide suboribtal space rides to paying customers. Suborbital generally refers to an up-and-down ( i.e. mostly vertical) flight that reaches an altitude of around 100km or more but does not go into orbit around the earth.

Market studies by NASA and many other organizations have shown that there are sizable markets for space tourism, both suborbital and orbital, and that the markets will grow rapidly as the cost of sending a person into space drops from current levels.

Adventure tourism, such as trips to Antarctica or Mount Everest, has long been a profitable business. This can involve packages with prices as high as $100k range and even higher. (my bold)

Embrace change. If you have a micro business idea… no matter how odd… you may be able to gain fun… fulfillment and financial security creating your own micro tour business.