Many readers have been asking me if a strong US dollar makes it better to buy Ecuador real estate. The answer is that the greenback’s rise and fall are a neutral event for real estate in Ecuador or any country that uses the dollar as its currency. 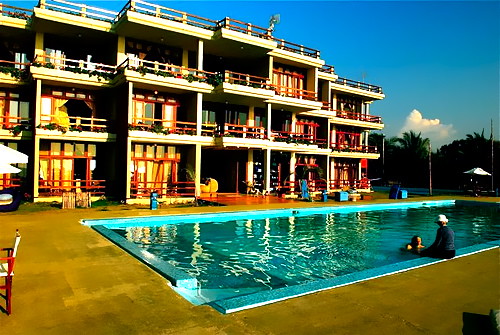 Ecuador real estate like Vistazul condos at the Ecuador beach are not much affected by the dollar’s rise and fall.

However the dollar’s rise does create profit potential because a rising currency with  fundamental weakness is a sign that the strength is from human greed or fear.  This type of upward momentum usually overextends and rarely lasts long.

In this case the rising  greenback is not supported by economic facts… due to the negative US current account, the US trade deficit and the US debt.

An excerpt from a New York Times article, America’s Sea of Red Ink Was Years in the Making by David Leonhardt explains why the negative fundamentals that apply pressure on the buck are not likely to change soon enough to maintain the US dollar’s rally.

Here is the excerpt:  There are two basic truths about the enormous deficits that the federal government will run in the coming years.

The first is that President Obama’s agenda, ambitious as it may be, is responsible for only a sliver of the deficits, despite what many of his Republican critics are saying. The second is that Mr. Obama does not have a realistic plan for eliminating the deficit, despite what his advisers have suggested.

The New York Times analyzed Congressional Budget Office reports going back almost a decade, with the aim of understanding how the federal government came to be far deeper in debt than it has been since the years just after World War II. This debt will constrain the country’s choices for years and could end up doing serious economic damage if foreign lenders become unwilling to finance it.

The story of today’s deficits starts in January 2001, as President Bill Clinton was leaving office. The Congressional Budget Office estimated then that the government would run an average annual surplus of more than $800 billion a year from 2009 to 2012. Today, the government is expected to run a $1.2 trillion annual deficit in those years.

You can think of that roughly $2 trillion swing as coming from four broad categories: the business cycle, President George W. Bush’s policies, policies from the Bush years that are scheduled to expire but that Mr. Obama has chosen to extend, and new policies proposed by Mr. Obama.

The first category — the business cycle — accounts for 37 percent of the $2 trillion swing. It’s a reflection of the fact that both the 2001 recession and the current one reduced tax revenue, required more spending on safety-net programs and changed economists’ assumptions about how much in taxes the government would collect in future years.

About 33 percent of the swing stems from new legislation signed by Mr. Bush. That legislation, like his tax cuts and the Medicare prescription drug benefit, not only continue to cost the government but have also increased interest payments on the national debt.

Mr. Obama’s main contribution to the deficit is his extension of several Bush policies, like the Iraq war and tax cuts for households making less than $250,000. Such policies — together with the Wall Street bailout, which was signed by Mr. Bush and supported by Mr. Obama — account for 20 percent of the swing.

Alan Auerbach, an economist at the University of California, Berkeley, and an author of a widely cited study on the dangers of the current deficits, describes the situation like so: “Bush behaved incredibly irresponsibly for eight years. On the one hand, it might seem unfair for people to blame Obama for not fixing it. On the other hand, he’s not fixing it.”

When challenged about the deficit, Mr. Obama and his advisers generally start talking about health care. “There is no way you can put the nation on a sound fiscal course without wringing inefficiencies out of health care,” Peter Orszag, the White House budget director, told me.

Second, even serious health care reform won’t be enough. Obama advisers acknowledge as much. They say that changes to the system would probably have a big effect on health spending starting in five or 10 years. The national debt, however, will grow dangerously large much sooner.

“Things will get worse gradually,” Mr. Auerbach predicts, “unless they get worse quickly.” Either a solution will be put off, or foreign lenders, spooked by the rising debt, will send interest rates higher and create a crisis.

So whether you invest in Ecuador, overseas or just in the US… the current US dollar strength could be a weakness that create profit for you. 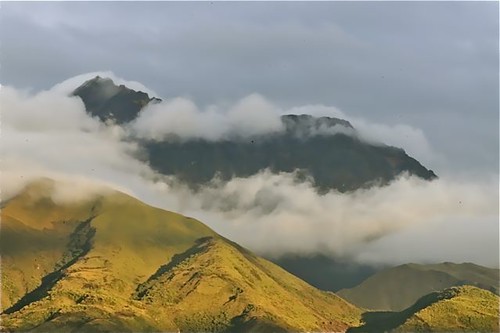 Join Merri, me  in North Carolina this June and learn more about investing in currencies, Ecuador plus quantum wealth and health. June 24-27  Quantum Wealth & International Investing and Business North Carolina

You enjoy discounts by attending multiple seminars and tours.

Here is the balance of our 2010 schedule.