One benefit of my business is getting to meet with and enjoy sharing ideas with numerous, very smart, investors. I consult with several of these investors on a regular basis. 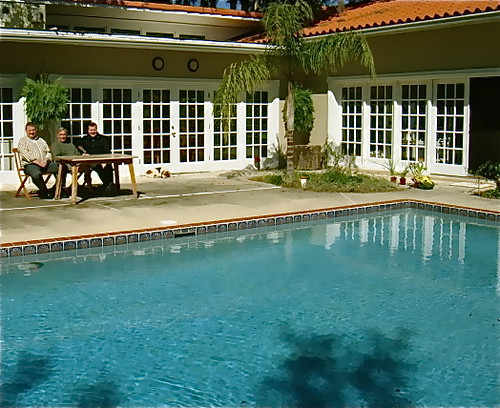 Meeting with two of my Danish advisers. Sharing global investment information is fun and of great value.

Some of these very smart people are my consultants.

Because the circumstances of these investors differs from Merri’s and mine, their portfolios also differ from mine…  so I study their philosophies a lot… to understand their worldviews…  to know the investments they make… to see how they manage risk in today’s every changing world… and to look for ways to incorporate their thinking into mine.

Here is a study of the strategy of one of the advisers I have worked with for over 20 years. This strategy is similar to mine… in three ways:

Here is a glimpse of this strategy.

A minimum of  85% of the portfolio is invested bonds and bond funds.

A maximum of 15% of the portfolio is invested in equities.

These equities are invested in

For diversification, there is a spread in as many bonds and equities as is possible to minimize the risk.

During the period September 2008 – April 2009, this portfolio went down more than 60%. Several banks used by the manager panicked and forced the sale of some investments that the manager (correctly) wanted to hold.

The manger sold some securities to lower the leverage at that time.

Sub Strategy #1: Take advantage of the bond market and treat bonds like equities.

The manager says: The bond market was out of control from October 2008 through April 2009.  Many bonds were not able to be sold at all.   This was a perfect time to invest in bonds because until to-day only one bond has been settled with a real loss – and paid back only 13 cents on the dollar.   This loser was Mecachrome.

I think that the final losses of these bonds will be around 60% of the paid price and 0% interest for the period held.

Strategy #2:  Average down on losing bonds.

He added: In March 2009 we doubled up on nine of our ten worst performing bonds.  General Motors bonds are the only bonds we did not purchase further.

This bond appreciation was one of the reason for our high performance in 2009. This and the fact that we had belief in this strategy (and maintained our positions).

There was an article at this time about the very bad performing corporate bonds.  This article showed that yileds were so high on these speculative grade bonds, even if half of them went bankrupt – the yield would still be higher than in government Bonds.  This article  were correct!

The effective interest at time of purchase was over 26%.

This manager’s equity strategy is to  mainly concentrate on the following markets.

Russia is this manager’s number one equity market.

This manager writes:  There has been more than 700% gain on the Russian market the last 10 years.  But… in 1996/1997 the market went down with more than 900%.  Russian shares were not worth even 10% of their former value after the disaster of the market.

Despite this volatility, there are still many possibilities in Russia.

Some economist expect that within a few years the Russian economy will become the largest economy in Europe.

Russia is “The World’s Treasure Chamber”.   Russia has vast and as yet unknown resources in oil, gas, minerals  and metals.

Russia’s economy is the second fastest growing in the world after China.   Only 20% of Russians have cars… compared to something like 50% in Western Europe 70% in the United States.

Russian residential home mortgages  are only 2% of GNP.

In Western Europe this figure is closer to 70% and over 120%  in the United States.

Russian debt – public and private together – are less than 10% of Russian GNP.  I do not want to even think about America’s debt to GNP.

Banks of the Russian Federation have lowered the interest to 8.75% and that interest rate is expected to be lowered several times this year.

Russian house prices are still low. This and the other factors above (lower interest rate…. lower inflation…. growing economy… low debt to value ratio) could lead to a Russian housing boom.


There are Russian risks.  The stability of the ruble and the political situation are great risks.   Democracy is a small village in Siberia. Yet the situation is improving every day.


Too much power and responsibility are in the hands of Putin.  If he were to be killed (he has many enemies), the country will fall back immediately.  The trust by other countries in Russia would instantly drop.

Gazprom is to-day perhaps the largest Company in the world.

Lukoil and several other oil companies are on the top 50 list and there are still more to-come.

After decades of deprivation that built demand and desire… the growth of the Russian consumer market is the largest in the world.

“New Russians” are spending money like wild people, much more than in China where there is also a growing consumer market.  Yet Russian consumption is barley  20% of that in Western Europe.

Moscow has the largest automobile dealerships  in the world.  Roll Royce/Bently alone has six dealerships.

In Southern Europe you find Russian tourists everywhere.  They are very noisy and undisciplined,  but they spend a lot.


These are reasons why we diversify very much (Russia is never more than 10% of a portfolio) but why Russia and China are tops on our equity chart.  I feel that China more danger than Russia so the maximum percentage we hold  in Chinese equities is 5% of our portfolio.

I value these thoughts on a portfolio strategy from a very experienced portfolio manager of many years who helps me a lot. I hope they add value to your thinking too. 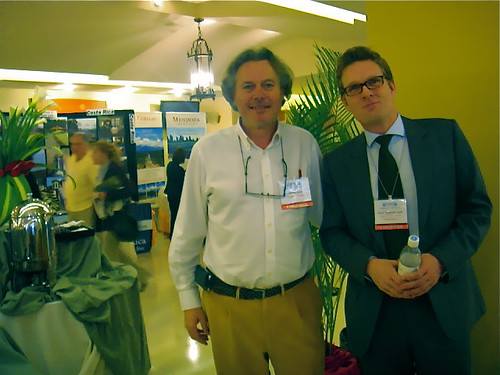 I have introduced thousands of investors to Jyske over the years and continue to do so.  Here is a recent introduction, Jean Marie Butterlin from France,  who just moved to Cotacachi and will who conduct our shamanic tours… meeting in Quito with Peter Laub of Jyske Global Asset Management Copenhagen.

Join Merri and me when I speak at Jyske Global Asset Management’s April 30 – May 2 Foreign Exchange Investment Seminar in Laguna Beach California.

However Jyske is providing the same discount to our premium subscribers (you) as to their clients… $399 single and $599 for a couple.

There is a benefit beyond the important investing information you gain when attending the JGAM California seminar.

Those who attend JGAM’s April/May California Foreign Exchange Seminar can apply the California enrollment fee as a credit towards the Copenhagen seminar fee.