Today we started our Super Thinking + Spanish course in Mt. Dora with a full house. 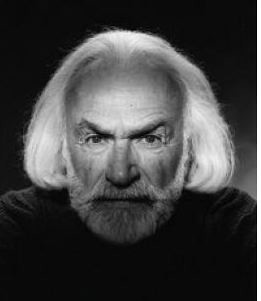 See how thoughts from this man and an example from… 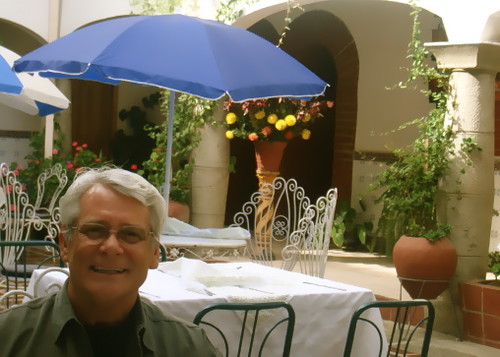 this man can enhance your health and wealth as well as help you speak Spanish.

The ability to speak Spanish… even if you never leave the US is valuable in this day and age.   Spanish opens access to a good labor force and helps you communicate with a useful part of the American population.

Beyond Spanish knowledge is bliss. Ignorance is not and in these times of rapid change the more knowledge we can absorb, retain and recall… the better our chances of success… higher income… less stress…. better health and more fulfillment.

So it’s little wonder that the attendance at our Super Thinking + Spanish and Quantum Wealth courses have grown dramatically.   Our changing world not only reinforces the need to speak Spanish but also requires us to be smarter.

Our Quantum Wealth and Super Thinking plus Spanish courses are among the few I know that not only share valuable information but help the delegates become smarter so they absorb, retain and recall the education more effectively.  The course does through the power of music… a power we all already have within.


The first picture above is of Austrian scientist, Karl Pribram.

Pribram tries to explain this power we all have within in scientific terms.


Pribam is  a neurosurgeon, who pioneered work on defining the power of our limbic systems, the relationship of the frontal cortex to the limbic system, the sensory-specific “association” cortex of the parietal and temporal lobes, and the classical motor cortex of the human brain.   He is also known for his development of the holonomic brain model of cognitive function and his contribution to ongoing neurological research into memory, emotion, motivation and consciousness.

What the heck is a holonomic brain model?

The answer to that, I fear, is beyond me. An excerpt from the research paper entitled  “Comparison between Karl Pribram’s “Holographic Brain Theory” and more conventional models of neuronal computation”  by Jeff Prideaux might explains why the understanding is complex.

Pribram says that both time and spectral information are simultaneously stored in the brain. He also draws attention to a limit with which both spectral and time values can be concurrently determined in any measurement (Pribram, 1991). This uncertainty describes a fundamental minimum defined by Gabor in 1946 (the inventor of the hologram) as a quantum of information. Dendritic microprocessing is conceived (by Pribram) to take advantage of this uncertainty relation to achieve optimal information processing. Pribram then says that the brain operates as a “dissipative structure” where the brain continually self-organizes to minimize this uncertainty. The next few sections will attempt to explain the concept of the “uncertainty principle” and the concept of “dissipative structures” that self-organize.


In communication theory, a variation on the uncertainty principle also holds (Gabor, 1946). The measurement of the frequency can be made with arbitrary precision. Likewise, the measurement of the time of occurrence can be made with arbitrary precision. But there is a limit to the precision when these measurements are taken simultaneously. One can exactly measure either the frequency (of for example a tone) or the time (of occurrence) but not both at the same time. For instance, if the time of occurrence were known (indicating an impulse function) there would be frequency components all up and down the spectrum. If, on the other hand, the frequency information was exactly known, one would not know any information about when it occurred. A single peak (or peak pair if you consider the corresponding negative frequency) in the spectrum implies that the tone has infinite extent in the time domain. Analogously to the quantum uncertainty principle, when frequency and temporal measurements are made simultaneously, there is a limit to the precision possible. Pribram claims that the brain functions as a dissipative structure to seek to decrease this uncertainty in the direction of its theoretical limit.


The second law of thermodynamics holds that the entropy always increases in any isolated system (figure 10). This simply means that if something is left to itself, it will move towards equilibrium…it will move towards maximal disorder…its internal energy state will tend to be minimized. There has not been, to date, any confirmed observation that this law is invalid.

However I am getting some clues about how our mind works.

The first clue is that we do not have “a mind”.


Primbam when asked in an interview about the mind said:

Well, I don’t like the term the mind, because it reifies — that means it makes a thing of — something that’s a process. We pay attention, we see, we hear. Those are all mental processes, mental activities. But there isn’t a thing called the mind. There might be something you want to call yourself, but the mind sort of makes something concrete out of something that’s very multifaceted.

This clue is that our mind is not a thing… but a process that takes place in the brain.. body and maybe elsewhere…. at some quantum level.

Life is a continual learning process so anything we do to improve that process is vital to success, fulfillment happiness and reduction of stress.

The second clue is that this never ending process can be dramatically improved by music.

A study at the AARE entitled THE EFFECTS OF RELAXATION TRAINING ON ACADEMIC ACHIEVEMENT AND
STRESS IN PRIMARY SCHOOL STUDENTS AND TEACHERS : WORK IN PROGRESS  by Anthony M. Owens Phillip Institute of Technology outlines the mportance of music.

Here are excerpts from this study (bolds are mine):  In his discussion of the historical development of holonomic brain theory Pribram (1986) stated that all “the evidence is coming.  Not only at the neuropsychological level, but at the psychophysical and psychological level, the behavioural level and in quantum physics (there) is a real paradigm shift away from Euclidean geometry that allows for crazy things, even like hypnosis to be so (p.73).”   To many scientists this may appear to be very “soft science” but Pribram appears to believes that the distinction between soft and hard science is not as relevant any more as he sees many fields to be moving in the same direction and the final proof of brain theory will be “mathematically so precise that…there is just no stopping it.”

This study fits into the psychological and behavioural levels that Pribram was talking about.  When I started this type of research I had a notion that if a person had some control over their own behaviour and they were able to be in command of their state of consciousness and never be out of control, they would be operating at a rhythm which would be optimal for them.

By gaining the skill to relax at will and thereby alter the state of consciousness, both students and teachers can to some extent gain more control over their own behaviour. It was the theory that not only would the fact of the control of their own body and behaviour be a positive force but also that  the knowledge, derived from consistent results over a period of time, that they had this control would gradually become even more powerful as it affected their self-concept and self-esteem.   Theoretically, the effect of their new skill would then permeate and generalize to many related and unrelated areas of behaviour and relationships.

An important part of the theory was that all negative, violent, and antisocial behaviour took place when a person was “out of rhythm” and behaving in response to the external environment. Each teacher was provided a set of tapes with 14 tracks, a manual with directions for tape use and a set of tape scripts.   Each of the tracks on the tapes contained the voice of the experimenter and relaxing music.

The results from the study (a link to the entire study is below) were positive. 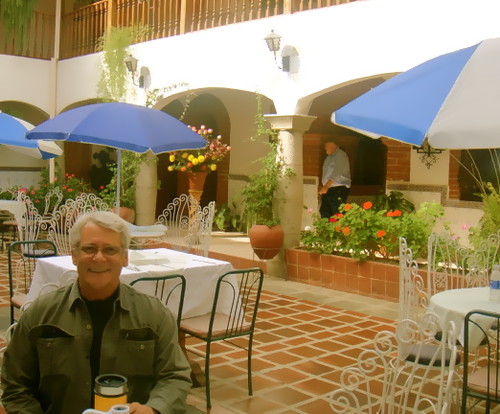 Jim is a retired airline pilot who moved to Ecuador a year ago and lived in our Casa Blanca condos for the last year, has become an Ecuador resident and is building a house nearby.   I interviewed hm on our last trip to Cotacachi.

Like so many others I have spoken with who have moved to Ecuador… he claims to be much happier… more relaxed and has become healthier, shedding medication and weight.

Jim lost 55 pounds in the last year and, as reported by so many… without trying… without eating less… without any feeling of deprivation.

One event that many who have moved to Ecuador and enjoyed these wonderful positive changes is they have attended our Super thinking course and learned to use music in a very specific way to reach the quantum states of their intellect.

You can see a three minute example of this human connection to music in “One of the natural wonders of the music world,” a three minute video where 10-time Grammy Award winner Bobby McFerrin’s uses audiences to prove the chart-topper. His song “Don’t Worry Be Happy”, one of the most popular songs of the late 20th century.


This video is pretty amazing. Music is just “in there”…hard wired… in our being and just needs tapping into.

This is why Super Thinking works…  The course goes beyond teaching and unlocks wisdom and intelligence that is already WITHIN!

As the speed of change increases… so to does our need for knowledge and the ability absorb, retain, recall and use what we learn in effective ways.

The Effects of Relaxation

Language of music may really be universal