Here are two great benefits to living in Ecuador.

First, you do not really need a car in many parts of Ecuador.  Second the intense sun 365 days a year makes it perfect for solar power.

The layout of communities… low cost gasoline, numerous taxis and and cars with drivers for hire favor a no car lifestyle in Ecuador village life.

One of the easiest ways to help the environment and improve health is to stop driving so much and walk a lot more.  People living in Ecuador tend to do this.  They write me often saying that weight has melted off without trying when they are in Ecuador.  Plus they have worries about insurance parking and such.

Those who stay in the US or Canada are not so lucky.

So one way of dealing with rising gas costs and pollution are electric cars.

During a Smalltown USA study on electricity costs, I stumbled across a January 29, 2010 Economist article entitled “Running out of juice” that created new thoughts about green investing and about living in Ecuador.

An excerpt from the article says:

How will we recharge all the electric cars?

IN THE ten years since hybrid electric vehicles first hit the highways and byways of America, they have come to represent 2.5% of new car sales. Yet, in places like Los Angeles, the San Francisco Bay Area and Washington, DC, every other car seems to be a Toyota Prius. That is because hybrids like the Prius have sold overwhelmingly where well-heeled early adopters reside.

A couple of million of the new electric vehicles could be bought by early adopters during the first few years.

The popular assumption is that they will be plugged into a wall socket in the garage late at night, taking advantage of cheap off-peak power. Unfortunately, things are not that simple.

One thing the new plug-ins and pure electrics have in common is a beefy lithium-ion battery pack that needs a lot of heavy charging. At the very least, that involves installing 220-volt wiring in the home. Trying to recharge a modern electric car with a standard American 110-volt supply takes too long to be practical (up to 18 hours in the case of the Leaf).

Of course, if not fully charged at night it may have to be recharged during the day—when electricity rates can be up to five times more expensive. Average peak rates in America are 33 cents a kilowatt-hour compared with seven cents off-peak.

In theory, recharging electric vehicles during off-peak hours should help utilities “fill the valley”—the trough in electricity demand between midnight and six in the morning, and thereby get better utilisation from their coal- or gas-fired generating stations. But, again, things are not quite as they seem. No utility wants to run its network flat out. Scheduling maintenance becomes difficult, which can lead to more frequent failures. The net result is that additional capacity has to be installed at a cost that would not otherwise be justified.

This time the Californian utilities are being more circumspect. They are concerned about highly concentrated pockets of ownership and the effects of everyone deciding to recharge their electric vehicles at once—as they inevitably will do when they return home from work. The local electricity system could be easily overwhelmed, and wider swathes of the grid brought to its knees in the process.

Preparing for this means beefing up local transformers as well as installing heavy-duty wiring and smart meters in homes to provide early warning of network troubles ahead. Sooner or later, those additional costs will have to be passed on to customers.

Excerpts from an April 2009 NPR article entitled “An Aged Electric Grid Looks To A Brighter Future” by Jeff Brady point out a story for rising costs and says:

The economic stimulus bill passed in February includes $11 billion to upgrade the country’s power grid, but that’s just a down payment on a massive undertaking. That’s because when it comes to electricity, not much has changed since Thomas Edison fired up the first commercial power grid in lower Manhattan on Sept. 4, 1882. The fundamentals he pioneered are still the basis for an electricity grid in the U.S. that is almost 100 percent reliable. But in recent years, that grid has started showing weakness.

On Aug. 14, 2003, a lot of people in the northeastern U.S. learned that they couldn’t take reliable electricity service for granted anymore. A utility in Ohio failed to trim a few trees, causing a surprise outage that rolled across the region. Eventually, it left 50 million people without power for about a day. The risk of blackouts still exists in just about every region of the country.

The cost of this upgrade will eventually be passed onto consumers.   This started me thinking about electricity in the parts of Smalltown USA where Merri and I live.

Living in Smalltown USA often means living with extra space and in some parts of the country that space can be used to generate electricity.

I have already figured out what to do with hydro power on our North Carolina farm… because our farm has space… water and a lot of drop in altitude.

But I wanted to check potential solutions for creating energy in Florida… where energy might best be provided by the sun. We have 16 acres in the sun and parts of this are in the form of large empty fields with no obstructions.  I was wondering what to do with this space and started looking at Hybrid Solar Energy Systems. 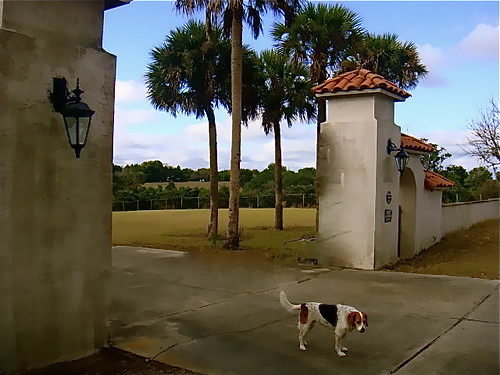 Right at the entrance of our house is a perfect… 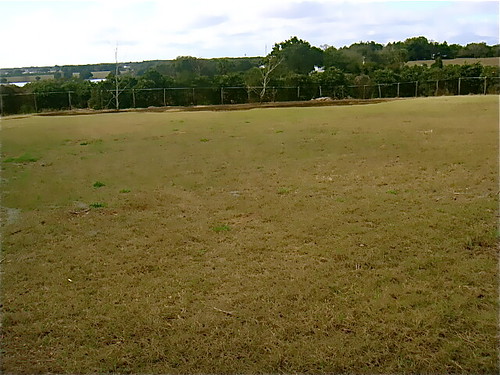 place for an energy field.

So I started researching.

I was surprised. Though the numbers will not send me rushing to the bank… they have caused me to pause… and consider.

A 5040 watt complete MyGen solar electric system by Kyocera can generate up to 5,000 watts of power an hour… sometimes.   Our electricity co-op will buy this electricity from me for .11 cents a kilowatt.

But a 30% federal tax credit is available thus lowering my real cost to $26,166.  A talk with the electricity co-op suggests that the actual electricity generated from such a system is worth about $500 a year or about a 1.3%  per annum return on that cost… if electricity costs remain at .11 cents a watt.

1.3% isn’t enough to get excited about until you ask two questions.  The tax credit raises the return to 1.8%

A  local bank here in Florida is offering 1.6% on a one year CD.

I do not know the answer to this but certainly would be surprised to see electricity prices fall.

This is a no brainer… an investment of $6,166 with an 8.1% return at current prices on a commodity that is likely to rise in the years ahead.

The downside is that Florida ran out of money for this subsidy and there are numerous buyers already on a waiting list… which is the only reason why I am still researching rather than having the installer working now.

Green profit point #3: We, as investors, may profit from installing solar energy in some states now.  This will create more demand for solar products and cause the shares of solar energy companies to rise.  Though we may not want to install solar systems we may want to invest int companies that produce solar systems.

The system I am looking at is produced by Kyocera.

A recent article at this site Retire in Ecuador & Live Longer reviewed Kazuo Inamori, founder of Kyocera Inamori. He is 77-years old and is showing no signs of slowing down!  He is an ordained Zen Buddhist monk. His priest name Dai-wa, means “great harmony.”  He remains honorary chairman of Kyocera and recently agreed t become CEO of Japan Airlines when JAL tanked and teeters on bankruptcy… at no salary 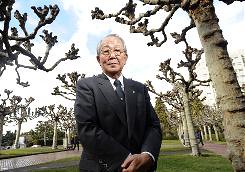 Kyocera Solar Inc. supplies an environmentally sound, solar electric package called the MyGen Grid-Connected Systems. This is the system I am investigating, as it is convenient and designed specifically for residential use.  The system is pre-engineered to optimize system performance and has all the major PV system components, disconnects and grounding equipment .

Kyocera Solar, Inc. (http://www.kyocerasolar.com) is headquartered in Scottsdale, Ariz. and is a wholly-owned subsidiary of Kyocera International, Inc. of San Diego, the North American headquarters and holding company for Kyoto, Japan-based Kyocera Corporation.

Kyocera Corporation (listed on the NYSE: symbol KYO (http://global.kyocera.com/), the parent was founded in 1959 as a producer of advanced ceramics and is a leading supplier of solar electric generating systems, telecommunications equipment, copiers, printers, electronic components, semiconductor packages, cutting tools and industrial ceramics. During the year ended March 31, 2009, its 50th anniversary and the 40th anniversary of its U.S. operations, the company’s net sales totaled US$11.5 billion.  It is ranked #418 on Forbes magazine’s 2009 “Global 2000” listing of the world’s largest publicly traded companies.

Here is a chart from www.yahoo.finance.com of Kyocera’s five year share performance in New York.

Kyocera is worth looking at a green investment.

If you plan to live in Ecuador… and like the idea of an energy business… there may be potential there as well.  I have not seen much in the way of solar power… but there is a lot of sun in Ecuador… every day.

Whether you plan to live in Ecuador, Smalltown USA or wherever… investments in alternate energy may bring you extra profit… as you help the environment.

Running out of juice

An Aged Electric Grid Looks To A Brighter Future