Yesterday Blaine Watson began began his two day course that will be followed by an Ecuador shaman tour.

We began Blaine’s course with a a tele conference and  spoke to the group about Quantum mechanics… about Dan Brown’s new book… “The Lost Symbol” that explains how America’s founding fathers used astrology in many ways including how and when to set the cornerstone of the White House.

We also talked about the irony of science and human knowledge. During George Washington’s era or perhaps a bit before… had I suggested that I could sit in Florida and see and be seen and hear and be heard instantaneously by a group of people in Ecuador, I might have been burned at the stake for witch craft.  Yet astrology then was a common tool of knowledge.   Today we take tele conferences for granted… yet many equate astrology  with witchcraft.   Funny isn’t it?

I reached Ecuador last night and arrived in Cotacachi after midnight.  The sun is shining very brightly this morning so it is not possible to sleep in in spite of the time zone difference.  I never cease to be attracted to the beauty of this country, the volcanoes, even in the dark, blue in the full moon light and reaching for the sky, the quietness of the countryside, the openness of the faces and the relatively stress free eyes.

The first three photos are taken from the balcony outside my door at Meson de las Flores. 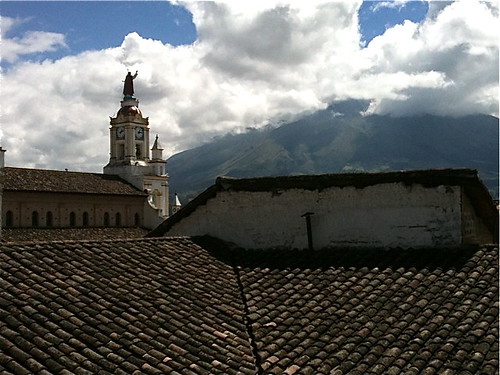 Gary has many more beautiful shots of this area in his newsletter but this is what I see when I look out. 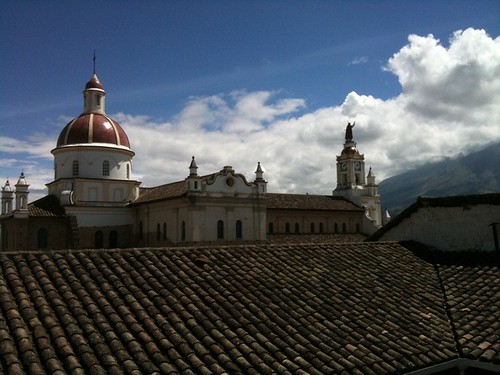 I am up on the 3rd floor so it is very pretty. 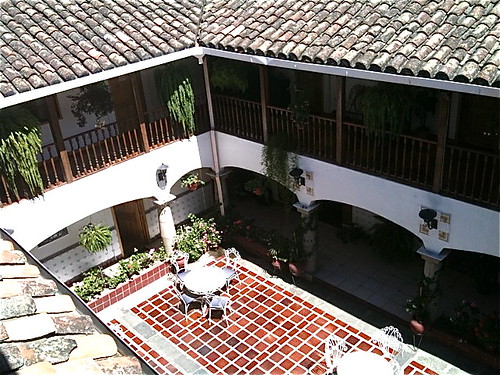 The town of Cotacachi is a primarily indigenous town situated between two volcanoes. I have written of this before and how sacred it is here at the center of the earth.

Mid afternoon yesterday I joined Bonnie Keough (who will guide the shaman tour after my course) to visit Cochasqui.

Gary had been telling me about this for a while now. It is an ancient pyramid site, pre-Incan, which was discovered only as recently as 1962. There are 15 pyramids ranging from small to large.  Five of these Ecuador pyramids still have the dirt ramps leading up to the top platform. What I was not able to find out is whether the ramps were part of the original construction or put there when the people who built them covered them with earth to hide them from the Incans.

The significance of this place is astronomical, literally.   Two of the pyramids that have been partially excavated were the lunar and solar pyramids.  All of the pyramids are constructed of fired volcanic earth rather than stone. 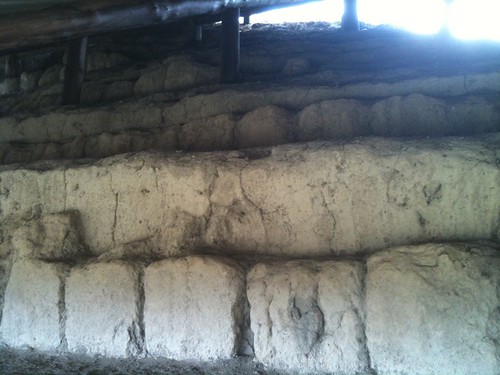 The top platform of the solar and lunar pyramids are covered with a 3-4 inch thick ceramic calendar, circular in shape. There is a lunar calendar at the top of the lunar pyramid. 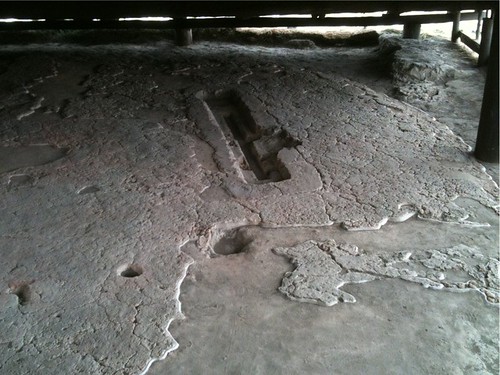 There is a solar calendar for the solar pyramid. 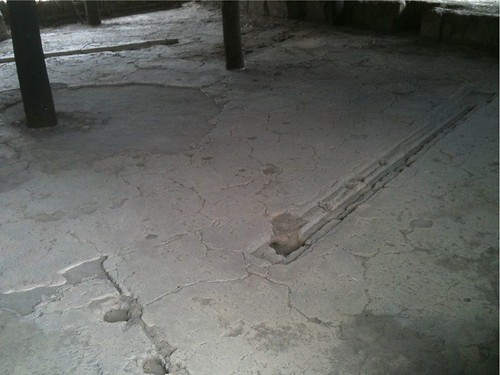 This is the largest solar calendar in the Americas.  The site is located at 0 degrees 0 minutes and 3 seconds of latitude so virtually on the equator.

Because of the relative physical stillness of the location, no centrifugal force or precessional movement, it must have been very easy to observe the stars clearly. The pyramids are at an altitude of over 9,000 ft.  From here you can see Cayambe (more on this in a second), Quito and virtually all of the major volcanoes in the region. The site was the capital of the people who lived in the area and the most important period of the years from what I was able to understand was the Spring Equinox.

The llamas in the photos are part of a herd of lamas that was grazing there. 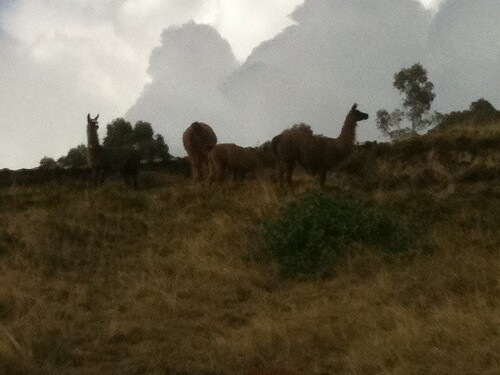 This is a photo of one of the larger pyramids. 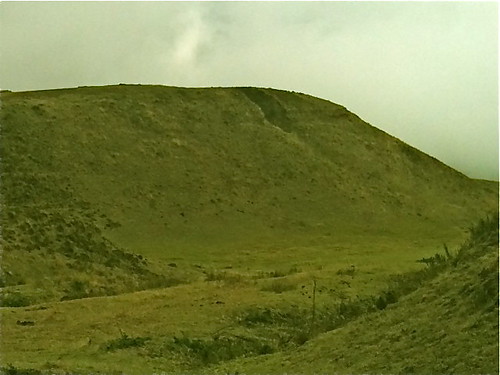 I was curious about the meaning of Cochasqui as there is no lake nearby at all. in Quichua, the indigenous language, Cocha means lake. I have sent out photos before of Cuicocha, the lake of the gods which is near here, about 20 minutes away.

I have yet to get to Cayambe which is very close by as well. You can see why this place is so sacred,  About 40 minutes from here, perhaps midway between Cotacachi and Cochasqui, is a place called Cayambe. Here at this spot you can see all of the stars of the northern and southern hemispheres simultaneously.  It gets cloudy at night so far so I have not been but if there is a clear night I will go for sure.
So, literally, a very heavenly place.