There are many benefits from the friendliness in Ecuador beginning at Quito Airport. 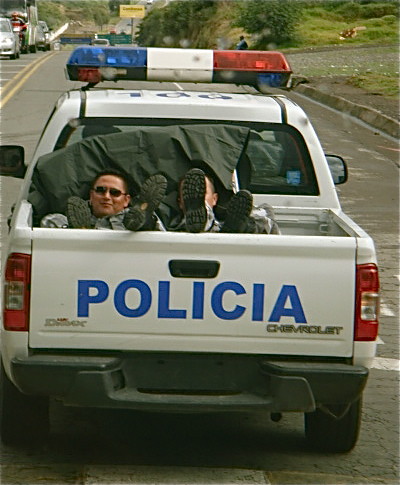 The people of Ecuador… in every walk of life… tend to be easy going and friendly.

Recent messages at this site looked at how to find the lowest Ecuador airfares to Quito airport.  Another sang praises for Quito Airport.

A reader just sent this note about Quito airport:

I arrived at Quito airport last Tuesday 22, September 2009 and everything you say is true. Courteous, friendly no HASSLE customs and immigration. It’s a very clean very appealing airport and I’m surprised they would move to a different location! I spent 5 weeks in and around Quito and really enjoyed my stay.

There is so much aggression in North America that many first times visitors are really surprised by the kind, gentle and courteous nature of Ecuadorians.   The lack of aggression throws many visitors off balance to begin… then most smooth out and really relax.

The gentle frequency in Ecuador may do much more than just help people relax.  Friendliness  brings many benefits. 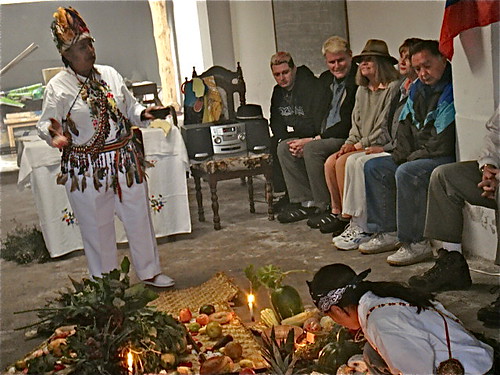 The shamans and shamanas from the Andes to… 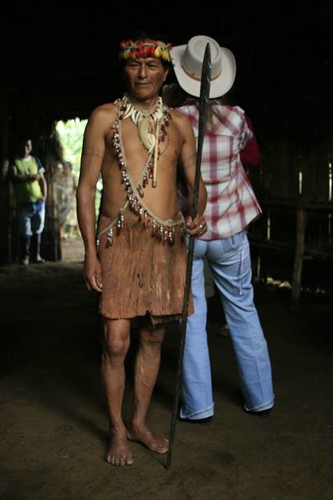 the Amazon all believe that aggression is contained in frequencies and vibrations within the body and many of their healing ceremonies are aimed at eliminating that anger.

One benefit from Ecuador’s gentle frequency is that many readers report weight loss… without trying. This makes sense because aggression and weight gain are related.

Part of this weight benefit is that Ecuador’s food is like health food… compared to food in the US.  Even Ecuador’s fast food is pretty good from a health point of view.

Plus the shamans have a very defined nutritional code aimed at calming the body and mind.

Many mistakenly think that Ecuador food is something like Mexican food. Nothing could be further from the truth. I have never seen a taco or antijito in Ecuador, although they are available in the big cities in chains.  Hot spicy food is not the norm. Espresso cafe is not the national drink either. The calming frequency of camomille and other herbal infusions are imbibed instead.

Ecuadorian food is European if anything but blended nicely with Andean traditions… so it comes out darn healthy.

On our last trip to Cotacachi we visited with many friends and readers who have moved to Ecuador and heard a similar refrain… “I lost 22 pounds without even trying”.  One delegate who has moved to Cotacachi about six months ago reported losing 38 pounds. 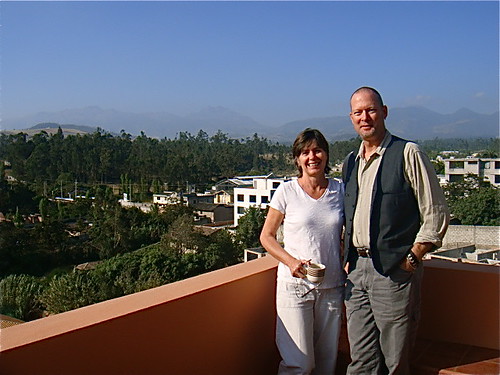 They were both looking so good, I asked their secret.  “We just lost weight without trying” was their reply.

Exercise counts… a lot… also.    Many of our readers report  that walking more in the fresh mountain air helps.

Yet I also hear from those in Ecuador that shedding stress helps them most of all.

An ABC News article about the link between aggression and stress supports this fact and says: Scientists have found biological evidence that stress and aggression feed off of each other, contributing to a “cycle of violence” that can be tragic. When we are under stress, we are more likely to fly off the handle, and when we fly off the handle, that increases our level of stress.

An article in Nutritionsciencenews.com entitled Stress: The Hidden Factor For Weight Gain by James B. LaValle, R.Ph., C.C.N. says:
Stress is woven into the fabric of our lives. The stress response was hardwired so we could fight or flee in threatening situations. Today, traffic, falling stock prices, and any number of everyday situations trigger the stress response. Chronic stress, like a tear in the fabric of our homeostasis, can cause health risks.

Hormones and other physiological agents that mediate the stress response have short-term protective and adaptive effects and yet can accelerate pathophysiology when they are over-produced. One such downstream biological effect of chronic stress is weight gain. A number of nutrients and herbs have been identified that regulate and enhance the body’s ability to handle stress and its manifestations.


Stress can affect virtually any part of the body and produce physical, mental and emotional symptoms including allergies, dizziness, headache, heart palpitations, environmental sensitivity, impaired coordination, impaired immunity and weight gain. Weight gain is often associated with emotional eating and the too-busy-to-exercise lifestyles of people under chronic stress. But researchers are finding that changes in the body triggered by stress, such as elevated cortisol levels, can cause insulin resistance and weight gain.


Under stress, the body excretes corticotrophin-releasing hormone and adrenalin. This reaction stimulates the release of cortisol from the adrenal cortex. In turn, cortisol, a glucocorticoid, stimulates glucose release into the bloodstream, which, during periods of chronic stress, creates an excessive release of insulin. Insulin, which is part of the endocrine system, is a fat-storage hormone that overrides the stress signal from adrenalin to burn fat. The excess release of insulin gives the body the message to store fat in the abdomen. 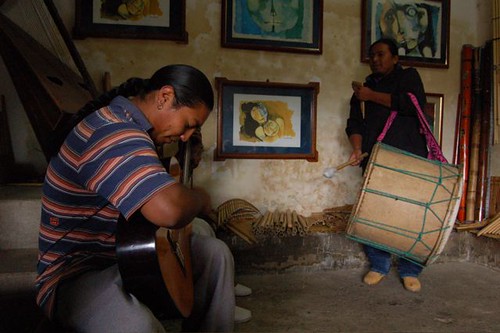 Ecuadorians use calming frequency in their music.

This is why we are increasing our focus on Super Thinking… using frequencies that increase intelligence by integrating the mind.

This added focus begins in December when our friend and Vedic astrologer Blaine Watson conducts a Beyond Logic course in Cotacachi.

Blaine just passed on this information from the Center for Neuroacoustic Research and The California Institute for Human Science:

Scientists have discovered an amazing fact about the sounds of the ebb and flow of ocean tides, people’s voices, dolphin cries, and bird and cricket chirps. They sound the same! When researchers slow down voice recordings of people, they discover the people’s voices sound like the ebb and flow of ocean tides. Then when researchers speed up the recordings, people’s voices sound like dolphin cries. Speeded up more, like bird chirps. Even more like crickets. And guess what crickets chirps sound like slowed down?  Yep. First like birds. Then dolphins. Then people.

But wait! There’s more. While examining the recordings of spacecrafts Voyager I and II at the California Institute for Human Science, scientists
discover the same sounds! NASA recordings from outer space sound remarkably like ocean sounds, choirs of voices singing, dolphins, birds and crickets.

Additionally, sounds produced by the rings of Uranus are virtually identical to those produced by Tibetan bowls. Researchers believe that this similarity is no coincidence. Scientific medical studies are discovering that the sound vibrations of dolphins, Tibetan bowls and choirs have a profound healing effect. Could this be the collective unconscious that Carl Jung refers to? A living collective library that contains all the knowledge of the Universe?

“I believe that from the earth emerges a musical poetry which is by the nature of its source tonal. I believe that these sources cause to exist a phonology of music, which evolves from the universal known as the harmonic series. And that there is an equally universal musical syntax which can be codified and structured in terms of symmetry and repetition.” Leonard Bernstein:

“In the microcosmic universe of the body of man, the Aum vibrations works trough the vital activities in the astral spinal centers of life with their creative vibratory elements (tattvas) of earth, water, fire, air, and ether. Through these, man’s body is created, enlivened, and sustained. These vibrations emit characteristic vibrations of Pranava as they operate. The devotee whose consciousness becomes attuned to these inner astral sounds finds himself gradually ascending to higher states of realization.” Paramahansa Yogananda, The Yoga of the Bhagavad Gita

“People say the soul on hearing the song of creation entered the body but, in reality the soul itself was the song”.  14th Century Sufi Master Hazart Khan

Five Seconds In The Future

Researchers began to see that most people, unconsciously, began to react to the “emotional” images a full 5 seconds before they were selected by the computer program! What’s more, they did not react to the “neutral” images. This result was statistically significant (p=0.00003) and has been repeated many times. It strongly suggests that subjects can perceive the future.

Another study, described in the Journal of Alternative and Complementary Medicine, was reported by psychophysiologist Rollin McCraty and his colleagues from the Institute of Heartmath in Boulder Creek, California. McCraty’s group simultaneously measured skin conductance, heart rate, and brainwave activity before, during, and after 26 participants viewed emotional and calm pictures. They found that both the heart (p < 0. 001) and the brain (p < 0. 05) responded about 5 seconds before the future emotional stimuli, and to their amazement, that the heart responded before the brain.

They also observed significant gender differences in the processing of this future information (women performed better, on average, than men). They concluded: “Our findings suggest that intuitive perception is not a discrete function produced by a single part or system of the body alone. Rather, it appears that intuition may in fact be a system-wide process involving at least the heart and brain, together, in the processing and decoding of intuitive information.” They highlighted that “the fact that the heart is involved in the perception of a future external event is a surprising, even astounding result, especially from the classical perspective that assigns the brain an exclusive role [for perception].”

Logic is applying experience from the past. Going beyond logic is integrating that experience and logic with the here and now as it becomes the  future.  Thinking beyond logic  is important because life as we know it… is likely to change as much… or more… in the next 40 years as it has in the past four decades.

Those who embrace change can gain greatly from the shift.   This is why we are adding a one day Super Thinking-Beyond Logic session to our International Business and Investing course in February as well… so you can learn to go beyond logic starting with December!

Join us for Super Thinking. 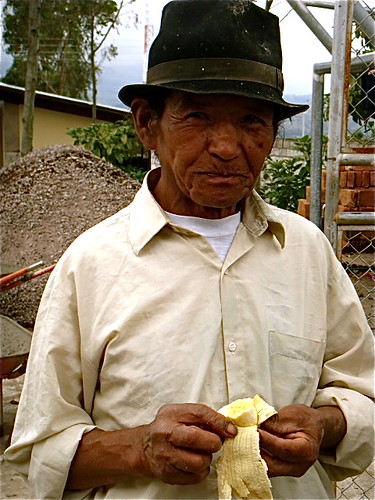 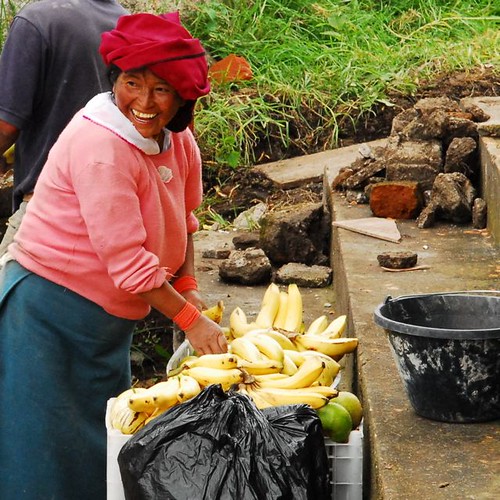 The Super Thinking Courses change lives! The shamanic tour helped Michelle Toole who provides a free internet course at our site.  Michelle was disabled and the ceremony helped her recover.  She now has a thriving business and here is what she wrote.

Hi Merri and Gary, I just wanted to take a minute to let you know how much I enjoyed Ecuador. The both of you offer an amazing wealth of information and experience and I am grateful for your on-going support and encouragement.  Although it has been a while since I was in Ecuador the experience still resonates with me, specifically  with the Shamanic Healing Ceremony.  As with most things unless you are open and willing your experience will be limited, but mine was not. It was a moving ceremony that I would encourage other readers to share.  Finding your center is a struggle for most of us and sometimes it takes outside experiences to help us get there, that is the gift the shamanic experience gave me.  Thank you for broadening my journey and sharing apart of yourselves.  Be Well,  Michelle Toole See Michelle’s website at http://healthy-holistic-living.com

Our multi seminar-tour discounts have grown!

Read the article Stress: The Hidden Factor For Weight Gain