A good reason to retire in Ecuador or away from your home is to beat inflation.

Yesterday’s message looked at reason why inflation is not a problem now… but it will be… probably in a serious way.

First… live or retire in Ecuador or any country where the cost of living is low.

These nice houses in Cotacachi were offered at $49,000.  That beats inflation when you retire in Ecuador. 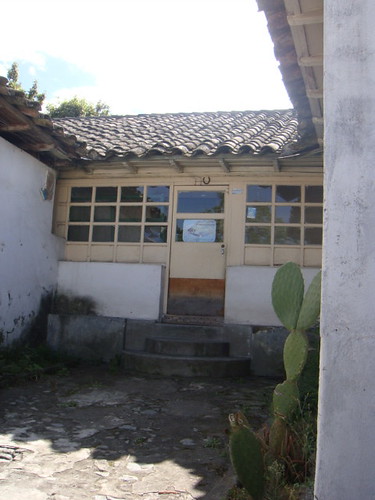 Costs are low. This fixer upper in Cotacachi has an asking price of $30,000 with… 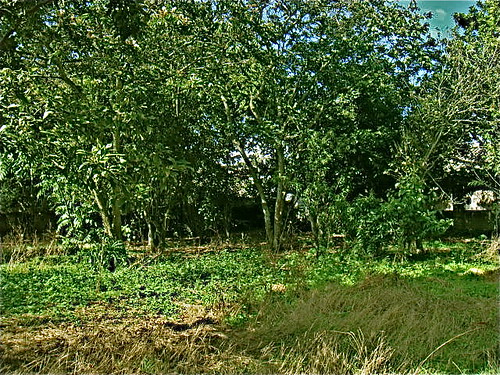 a huge yard filled with mature fruit trees and… 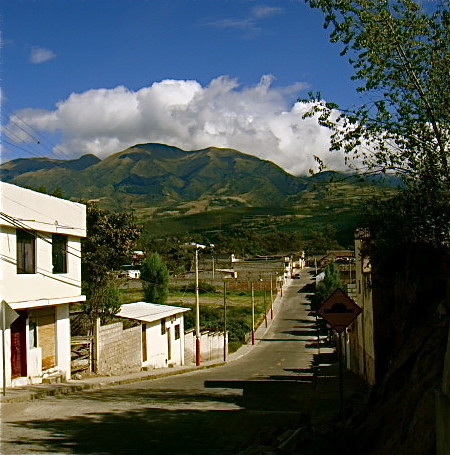 Second, invest in land or commodities.

A long time friend Steve Rosberg whom I first met when he was my banker in Ecuador recently sent me this note as he operates a timber plantation and real estate development in Argentina.

Gary, During our visit to New York two weeks ago, a friend and former colleague from my banker days pointed out that Latin America had been the perfect training ground to succeed in the current investment environment. I agree 100%.

In case there was any doubt, California’s  issuance of IOU’s to settle short term debt was the final confirmation, and was rapidly followed up by other corollary events, such as banks stating that these could not be accepted as deposits. This would be obvious to anybody thinking about it, but apparently, most people weren’t.

Those IOUs are a different ‘currency.’ They are a currency which you will see more of in the future, as the issuer (the CA government) is still running deficit budgets, and no new voluntary lenders are rushing in to fund them.

Decidedly a  scenario familiar to those of us who have been through a number of LatAm crises. If an Argentine president tried to pass those IOU’s off, nobody would be foolish enough to take them in the first place, and the international press would ridicule the plan as another example of LatAm fiscal impropriety.

The answer is yes, absolutely!

How do we position our portfolios to make the best of this without taking on more downside risk?

This is the crux of why we have developed our business as we have:

– to have growth even if there is recession (the trees keep growing, the vineyard too),
– to have value even if there is high inflation (timberland, vineyard, hotel, all real, appreciating assets that will both protect the real value of your initial investment from inflation’s erosion and generate cash flows that will also increase in this scenario),
– to have current revenue originating in the sustainable production of real assets,
– to do so in environmentally responsible ways, and
– to enjoy what we are investing in.

In short, what you want now for the long run.

We continue to believe that debt free assets producing real commodities and generating solid returns are the antidote to portfolios stricken by the poor performance of supposedly safe, “mainstream” assets, and will continue to be so going forward.

Yes, we’re from Argentina, that means we’ve been preparing for these markets for decades. Our customers didn’t lose money last year-they made it.

Visit our website and write back for more information, it’s always our pleasure to be in touch with you.

Third, invest in commodity based equities.

The excerpt below is from our Multi Currency course and shows why global inflation is a problem.

A recent article in the Economist showed that the US deficit could be three trillion dollars in 2010.   Half of this would come from borrowed funds.  Normally this would cause the US dllar to fall versus other currencies.

A free fall in purchasing power of all currencies is also more likely than in previous recessions (1970s and 1980s), because then, the US overspent but other major governments, especially Germany and Japan, were still conservative and fiscally prudent.

This is no longer true. West Germany unhinged fiscal common sense when it absorbed Eastern Germany.

Excerpts from a May 14, 2009 article in the Financial Times entitled “Germany set to suffer record deficit” by Bertrand Benoit says:

Mr Steinbrück admitted the federal deficit would exceed €50bn in 2009 and rise to €90bn next year, more than twice the previous record of €40bn set in 1996 as Germany was absorbing the huge cost of its unification. In contrast, the federal deficit last year was only €11.9bn..

Germany and Japan have both been hit especially hard by this recession because their economies have been so dependent on exports and global trade.

Germany has a huge amount of short-time working and its exports have fallen dramatically.  Like almost everywhere, government income is dropping as spending is on the rise.

If the German economy were to continue to shrink at its current pace, it will be a 20% smaller by the end of 2009.

This means Germany remains in default (as does France, Italy and Spain) of the three per cent limit in the EU stability pact.

All eurozone countries, but especially those with larger deficits, such as Italy and Spain, face a similar problem…  rising costs… aging populations… growing pension and health costs while faced with reduced income.

This year, Japan suffered its first annual trade deficit in nearly three decades and business has slowed dramatically there. Global demand for Japanese products plummeted in 2008 and exports were down 16% in the year to March 2009 compared to 2008.

The first three months of 2009 had the biggest drop in more than half a century.

The Hong Kong government predicted that GDP would contract by up to 6.5 per cent in 2009.  Total exports dropped 22.7 per cent in the first three months of 2009 compared with the previous year – the biggest drop since 1954. Overall investment fell by 12.6 per cent and private consumption by 5.5 per cent. The unemployment rate also rose to a 38-month high of 5.2 per cent in the first quarter.

Huge economic problems create huge investment opportunity and one of the greatest problems facing the world is that education has not evolved as fast as democracy.  Too many poorly educated voters expect their government to do more than they can… or should.  The voter’s desires and expectations are ill informed and generally incorrect… yet their vote is as powerful as an educated one.

This forces politicians to act (spend) more than they have.  This tends to create inflation.   This rather predictable fact has become increasingly global so choosing a strong currency becomes increasingly hard.  Most currencies are at risk to inflation.

This is why stocks, commodities, real estate and your own business makes so much sense now.   There is a caveat.  Always invest in good value in these things.

This is why my attention was really captured when I read about the ALTIS Global Resources Fund.

This is a fund that invests in commodity backed equities and is advised by value guru Michael Keppler.

This creates a powerful combination for opportunity.  The figures below support this.

Gary, Attached please find the latest Fact Sheet and Performance Review (as of April 30, 2009) for the ALTIS Fund Global Resources, a global sector fund we advise, which was featured in an e-fund journal report of May 4, 2009 as one of the “top 10 natural resource equity funds” based on its 5-year Sharpe Ratio calculated by Lipper.

This fund seeks long-term growth of capital by investing primarily in equity securities issued by companies located anywhere in the world with business operations in the energy, natural resources and precious metals sectors.

Economic fundamentals suggest that the price for ending the current recession will be inflation.

Three ways to fight inflation are retire in Ecuador or some other country with a low cost of living or to invest in real estate, commodities or commodity based investments.

Join us at our North Carolina farm this July or October for our International business & investing seminars below. Learn more about how to fight inflation and retire in Ecuador.

Or join us in Ecuador and learn more about living and retiring in Ecuador.

Or join us in Ecuador and learn more about living and retiring in Ecuador.