Here is a multi currency investing idea… in an originally Dutch product.

First, As a multi currency subscriber, you receive a reduced fee for our upcoming July 24-26 International business and investing seminar.  The normal fee is $749. You pay only $500.  You save $249. More details are at the end of this lesson. July 24-26 IBEZ North Carolina

Now onto the lesson:

Our last lesson looked at  how to find value in a micro sector boom… and featured the recent boom in coffee shares as our case study.

When you see a micro sector boom in one country, look for similar shares in another country, where the boom may not have decreased value as much.  If the boom is based on a true idea… then the other market shares make offer extra value.


In the 1980s, I worked a lot in the Netherlands.  The coffee there was really good and the best brand was Douwe Egberts.

So while looking at the coffee boomlet, I wondered.  “Coffee’s up in the US. Starbucks, Peet’s etc.  How about Douwe Egberts in Europe?”

So I took a look at Douwe Egberts and may have spotted a distortion.

Douwe Egberts Coffee Systems (DECS) is one of the leading coffee roasters in the world and a major supplier of coffee systems and accessories for the workplace.

DECS is a global organization supplying coffee systems for the out-of-home market to around 50 countries. DECS has subsidiaries in Europe, USA, Canada and Australia. In the rest of the world, DECS’ products are marketed by distributor organizations. DECS’ coffee systems include coffee machines, A-brand ingredients, technical service and accessories.

Here is the point that caught my attention.  DECS, one of the leading coffee systems suppliers in the world,is part of the Coffee & Tea Division of Sara Lee International; a subsidiary of the Chicago based Sara Lee Corporation. 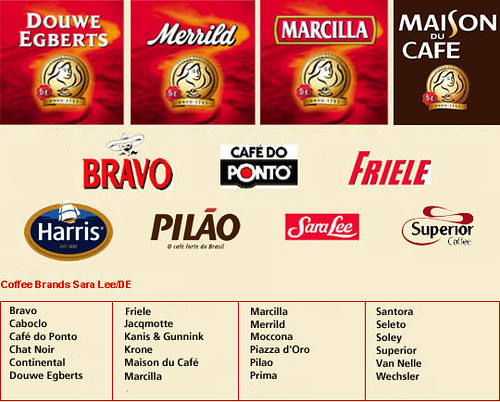 Douwe Egberts coffee represents about a sixth of the Sara Lee sales.

So I took a look at shares in Sara Lee (SLE on the NYSE).

Our investing discipline looks first for value. Second, we look for trends (or fundamentals that suggest trends are about to unfold) and third we look for distortions… where we can expect quick an/or strong turn arounds when the distortion corrects.

The coffee trend has revealed itself. Could this counter synchronicity between coffee shares and Sara Lee be a distortion?  If so, do Sara Lee shares represent good value?

Sales have grown through 2007 though profits have been down.

Sara Lee has paid quarterly dividends to its stockholders continuously for more than 60 years.

The web site www.saralee.com provides news and in-depth information about Sara Lee and its brands.

The company has had problems for the last couple of years.

In March 2009 the Chicago Tribune reported:

Sara Lee Corp. is examining a sale of its European household and personal-care business, people familiar with the matter said, as the company seeks to reverse a sharp decline in its share price and focus on its core food and beverage business.

The company has hired Goldman Sachs Group Inc. to sound out possible bidders for the business, which could fetch more than $2 billion, these people said. It was unclear if any deal will occur.

Sara Lee (SLE) has been in the midst of a transformative initiative the last several years that’s mostly focused on selling product lines that don’t fit with its core competency. While its next step is almost certainly going to involve the disposition of one of consumer products businesses, it might not be long before the seller becomes a buyer.

The consumer products giant has been shopping its international household and body-care unit, which makes products such as  Kiwi shoe polish and Brylcreem haircare items. The sale would fetch as much as $3 billion, if Sara Lee is able to command the price it’s been looking for.

According to a Bloomberg news report, Sara Lee has been looking to expand its food business to make its bread unit more profitable and boost sales of high-margin coffee products. Those objectives could be accomplished with an acquisition, Sara Lee management said in an interview with the news service.

It would mark a substantial turn in strategy for the consumer products company, which has been a seller through a series of divestitures the last several years. The company sold its European meats and branded apparel business, and spun off its U.S. branded apparel business in a sale to the public of the unit that became HanesBrands (HBI).

Unfortunately for Sara Lee, the persistent reorganization hasn’t served to kick-start its market value. The stock has suffered sharper declines in market cap than the average consumer-products maker this year. Over the last 12 months, Sara Lee shares declined 30%, more than the 18% setback for Kraft (KFT) and double the 14% fall by Kellogg.

Could the oversell of Sara Lee shares be a second distortion?

The company is looking to expand its business in coffee and is several years into a major reorganization.   This creates three points of potential…. coffee boost…  uptick from reorganization and rebound from oversell in its sector.

There are 14 analysts who follow the company (on Bloomberg).  Currently two recommend buying,  ten suggest holding and two say to sell.  Here are some of the suggested target prices from the current $9.58.

SmarTrend is actively monitoring Sara Lee for any change in trend direction.

Trends can be created by stupidity in the market, via corrections of distortions or based on accurate fundamentals (such as the long term water trend).

I suspect that the idea behind the coffee boom is right… consumers will keep drinking coffee no matter how bad the economy becomes.  Caffeine is habit forming and habits (that are not too destructive) are generally good for business.

Whether the market has correctly evaluated the worth of coffee shares is another matter… so proceed in coffee shares with caution…. especially those that have already seen an explosive share price rise.

What we can be sure of is shares like Sara Lee that have dropped versus the micro sector trend are more likely to represent good value than those that appear stellar right now.

Sara Lee is a solid company with a hard hit share price.  There are fundamental signs that the company may be turning around and some technical analysis suggests that the shares are on the rise.

Sara Lee shares are also on the list that JGAM can buy for American investors.

Maybe holding shares in Sara Lee will give investors a similar jolt in the morning to a good cup of coffee.

Be sure to review the parameters of these shares with your investment adviser to make sure that the likely performance, up or down, fits your unique financial situation.

As a multi currency subscriber, you receive a reduced fee for our upcoming July 24-26 International Business and Investing Seminar.  The normal fee is $749. You pay only $500.  You save $249. More details are at the end of this lesson.

Merri and I love our life in the Blue Ridge… the rushing streams and.. 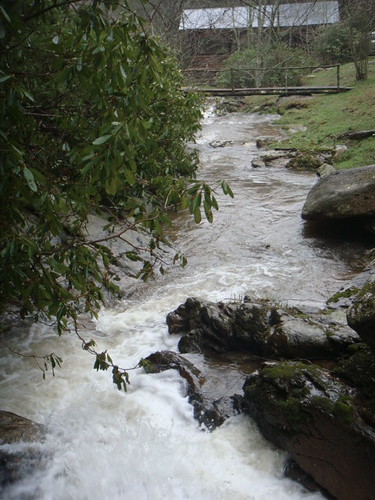 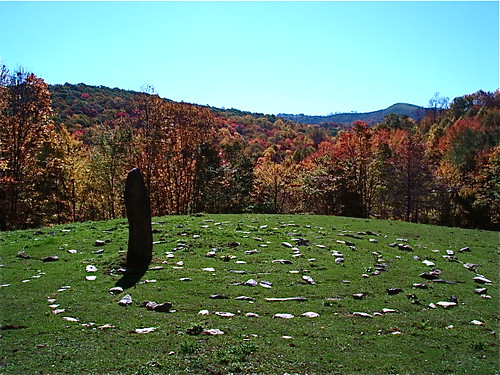 enjoy nature and the views.

We’ll have a wine tasting of Blue Ridge organic wines. Here are delegates at the tasting last year. 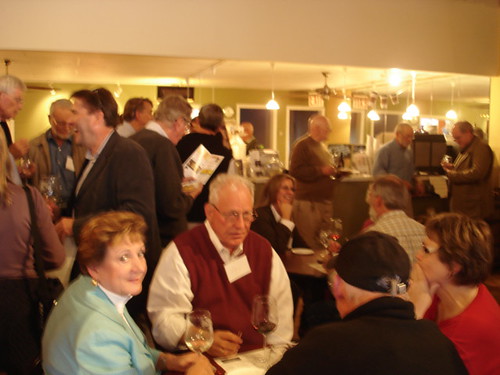 As a multi currency subscriber, you receive a reduced fee for our upcoming July 24-26 International business and investing seminar.  The normal fee is $749. You pay only $500.  You save $249.  July 24-26 IBEZ North Carolina