Yesterday’s message began a series on Ecuador beach property because I believe there is extra value on the beach now due to  rumors that have scared some buyers away.

Looking beyond the rumor allows us to take advantage of the truism, “Buy on the rumor and sell on the news.”

This provides us with extra opportunity and life on a beautiful beach like this. 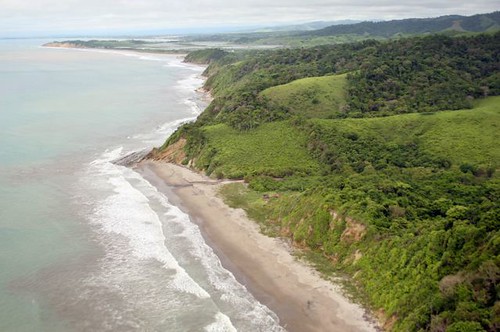 Excerpts of the article say:

Coastal areas in parts of Mexico are among those under threat

The Americas have until now been seen as less vulnerable than other parts of the world like low-lying Pacific islands, Vietnam or Bangladesh.


But the increase in the ranges for anticipated sea level rises presented at a meeting of scientists in Copenhagen in March has alarmed observers in the region.


Parts of the Caribbean, Mexico and Ecuador are seen as most at risk. New York City and southern parts of Florida are also thought to be particularly vulnerable.

This sent shivers up the spine of many investors who had been thinking about buying on Ecuador’s coast.   That is because they did not read the entire article.

Further on the article says:

According to a recent World Bank study of more than 80 developing countries, Ecuador features among the top 10 countries likely to be most affected by sea level rise when calculated as a percentage of its GDP.


Argentina, Mexico and Jamaica also appear in the top 10 when measured by the impact of a one-metre rise on agricultural lands.

This makes Ecuador’s beaches to sound vulnerable until you read on where the article says:


New research led by Dr Jianjun Yin at Florida State University suggests that whereas South American coastal cities are not at threat this century from an extra sea level rise caused by Amoc, New York City and the state of Florida are.
The coastal plains around the city of Guayaquil in Ecuador, the country’s main economic hub, are also known to be vulnerable to a combination of sea level rises, storms and sea surges.


A recent study by researchers at Espol, a science institute in Guayaquil, suggested that even a half-metre sea level rise would put the storm drainage system in the southern part of the city under severe strain, possibly causing it to collapse.

The concern about Ecuador’s coast is the rumor.  Here is the news.  Guayaquil… which is inland  is at risk… a huge economic problem yes… but not for the Ecuador beach cities.  Should these rising water problems come true… the coastal cities in Ecuador may become even more important and valuable.

Do not get me wrong… global warming may be a huge problem everywhere… but may not be  a concern in our life times on Ecuador’s coast.  In fact as higher water driving people from Florida and Guayaquil could create opportunity for Ecuador beach property. I have put the address of the entire BBC article at the end of this message.

I am adding a stronger buy signal for Ecuador beach property and this week we are running a series looking at Ecuador beach areas from Salinas to Esmeraldas as shown on an excerpt of this Ecuador map. 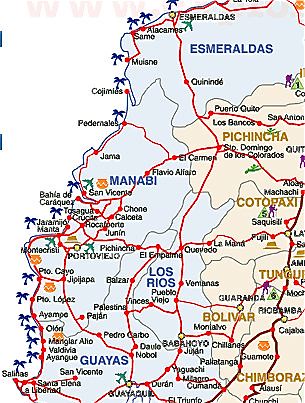 Those who have been reading our messages for any length of time know that I have focused my efforts on the middle portion of Ecuador’s beach from Manta to Bahia in the province of Manabi.

You can see why I consider Manta the key to Ecuador beach growth here.

I checked water levels carefully before buying here. Last year before construction began, there were record rains. Much of Ecuador’s coast looked like this. 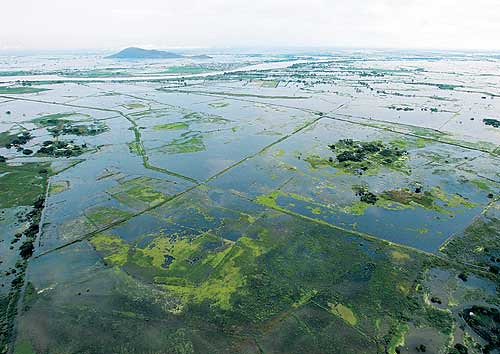 The land where the condos were to be built looked like this. 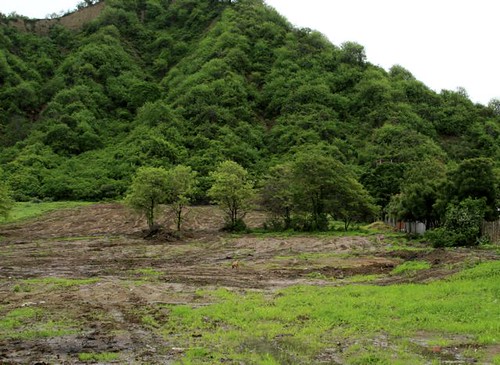 Here are the condos there now. 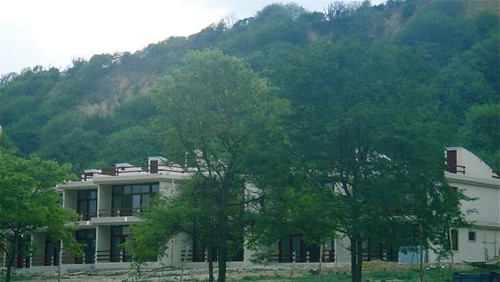 See why I like these San Clemente beach condos any why I have invested in here.

However there are many other great Ecuador beach areas I would like to share so I asked a few of the many contacts I have made, up and down the coast, to tell us more about the beaches where they are in Ecuador.

Today we look north of San Clemente from Bahia… north with an article by Gary Swenson an American who lives in this area with his family and brother Larry.


I have been an adventurer all of my life. Driving race cars all over the world for a living and traveling the Pacific for four years with my sailboat. 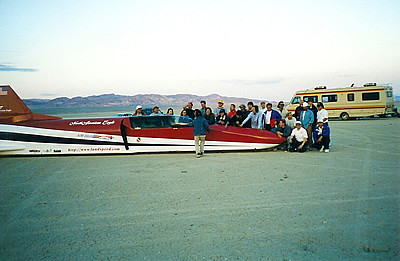 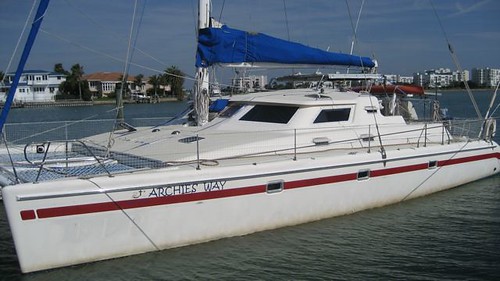 
I found Ecuador on that four year Pacific sailing adventure.  I had visited many countries in my work and exercising my passion. The people here made me feel like family. I have been here now for 8 years. We have been investing in North Coastal real estate for 7 of those 8 years, and have close to 30 properties on the beach. Some with a quarter acre, and some with as much as one mile of beachfront.

I have walked close to 50 miles of beachfront myself, searching for the most beautiful pieces, and as a bonus have also found many pre-Colombian artifacts just lying on the beach! 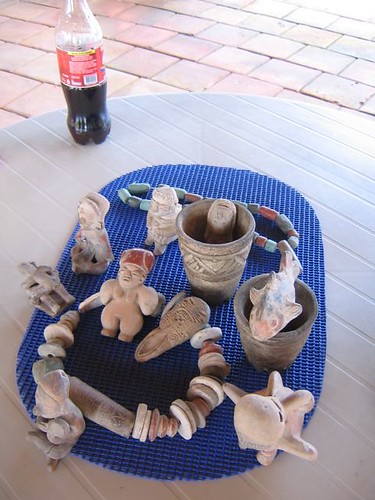 Treasures found on the beach.

I have concentrated on the North Coast for one main reason, and that is that it is the last area of the coast of Ecuador that was mainly undeveloped, somewhat inaccessible, and the prices affordable. That is all changing right now! Many properties that I have purchased now have new coastal highways and roads being built right past them as they open up this coast. This area is slowly being found out by Ecuadorians, foreign retirees and investors alike. 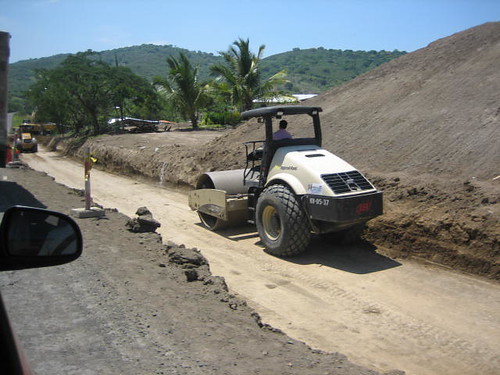 The President of Ecuador knows that tourism is a big part of the future here and is spending the money necessary to develop the coastal areas.

One of the largest developments in Ecuador is on the North Coast and largely unknown to the rest of the outside world is in Same (pronounced saw may). It is a sleepy tourist town (true for most of the North coast) that wakes up during Ecuadorian holiday times and vacation times for the kids from Quito.

It is only 30 minutes from the Esmeraldes airport. Years ago Esmeraldes was a wild place and somewhat dangerous, but that was years ago. I find it safe and friendly, with better roads and infrastructure that is better than most of the rest of Ecuador.

There are also other well developed areas such as Atacames (pronounced otta-calm-es), Sua (Sue-ah), Pedernales with high rise condos and hotels. 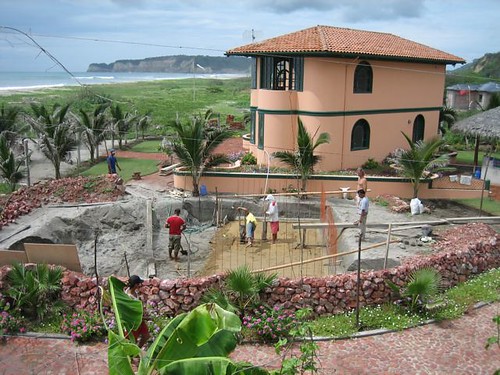 Then there are hidden gems like, Cojimies with miles of coconut plantations lining the beaches, Mompiche, Estero De Platino and Canoa with great surfing, and Jama/ElMatal for kite boarding, river rafting, and just relaxing if you like. 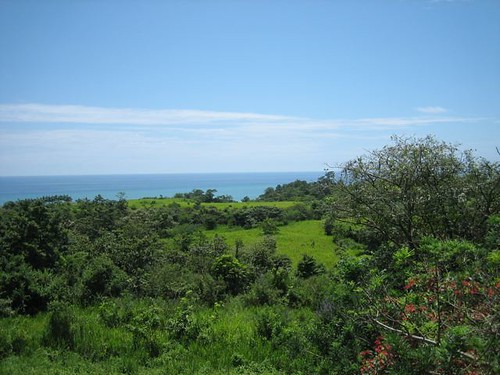 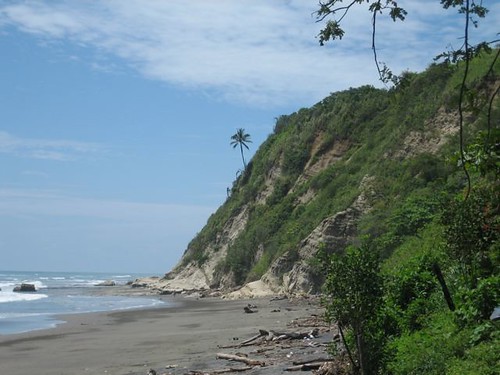 Bahia De Caraquez with a laid back Mediterranean feel and an international Marina, great schools and theater. 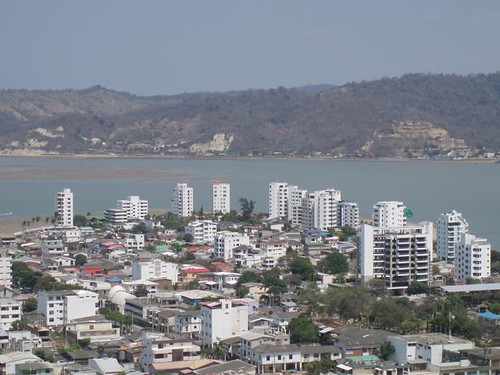 This coast has great diversity and friendly people where you can walk most beaches any time of the day or night safely. With your choice of miles of virgin beachfront to choose from.

This North coast also has many mini climates from a dry tropical climate equal to Santa Barbara, California in the spring with no humidity to a more lush semi wet tropical, lush green terrain all year long. 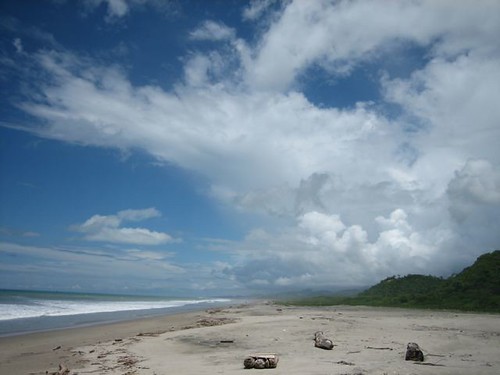 There are also a few larger towns with night life, restaurants, hotels and touristy things do do in between the many friendly small towns with just a restaurant and hostel. 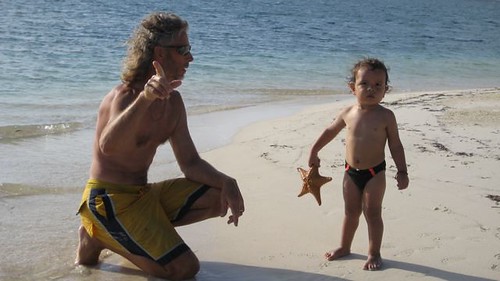 Gary Swenson and his son Archie on the beach.

Here you can find whatever type of beach that you would like to live on. From high banks with a bird’s eye view overlooking miles of coastline while watching the whales and dolphins play in the swells, or fishing, to low lying sandy beaches that you can walk and wiggle your toes in for miles!


Yes, you can find what your heart desires here. 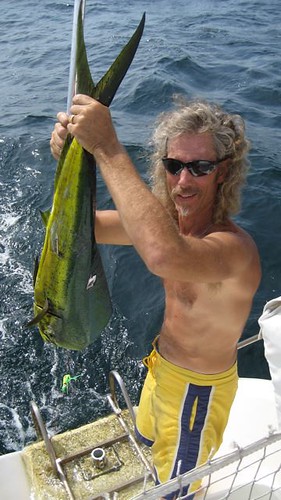 To get to the Bahia area you fly into Quito and take a short 1/2 hour flight to the Manta airport and then a 1 hour taxi or bus ride to Bahia.

To Esmeraldes it is a half hour flight from Quito. The airport in San Vicente is in the middle of a dispute with the city and is supposed to be resolved this year and restart flights from Quito.

I have eaten at just about every restaurant in Bahia, San Vicente, Canoa, Jama, and others further north and rarely have a bad meal! The average cost of a lunch (almuerzo) including fresh seafood, chicken or meat, small salad, rice, beans, soup of the day, and fruit juice is between $1 and $2, and the food and juice is all fresh! Nothing out of a can here. The population of Bahia and the surrounding areas is around 20,000 but you would never know it as it is a tourist town and only fills on some weekends and holidays.

The weather from San Clemente/Bahia to just north of Pedernales is a dry tropical climate and is similar to the climate of south central California in the spring/early summer. It averages 75 to 80 degrees and very low humidity, and a nice sea breeze for 7 months a year. We have 2 months that they call the rainy season that we have a 1 or 2 hour rain at night maybe twice a week. Very seldom does it rain during the day. This time of the year it averages 80 to 95 degrees and is slightly more humid. Then there is what the locals call summer when the temperatures are 70 to 75 degrees every day and mostly cloudy with a little afternoon sun. It could be true that Ecuador has the best climate in the world! 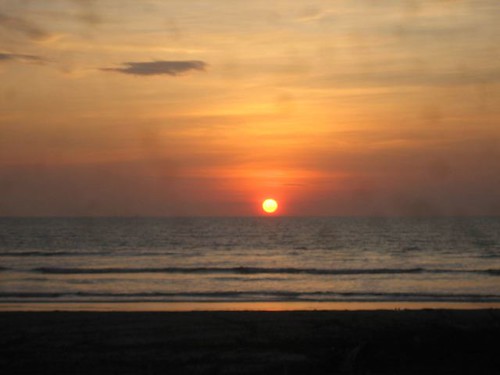 I believe in Ecuador, and the future holds many good things here for the people that have a little adventure in their souls.  Gary Swenson 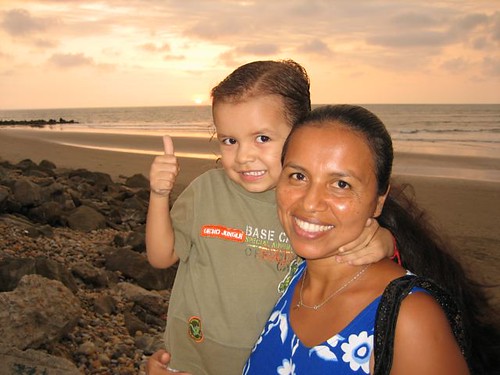 Gary Swenson’s family on the beach.

You can learn more about this area from Gary Swenson at www.ecuadorbeachfront.com


Gary Swenson and his brother, Larry, own an Ecuador beach development at Coco Beach Village. 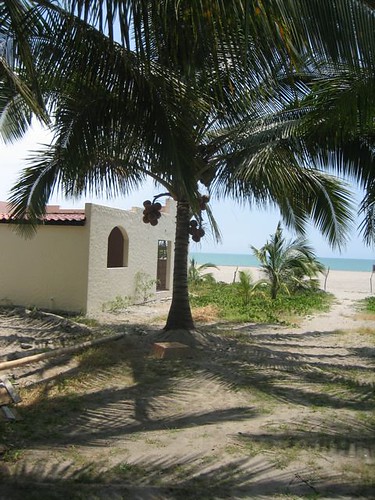 They have a gated community of 1/4 acre beachfront lots with homes that start at $99,000 with underground utilities, tennis courts, swimming pool, clubhouse.  This is in the friendly Jama/El Matal  community on Ecuador’s beach. 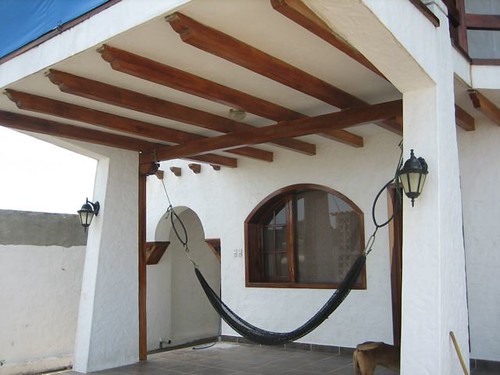 Your own hammock near Jama.

Until next message, good global investing.

Join us and visit Ecuador beach property with our 2-4-1 tours this May and July.


We have three Ecuador tours scheduled for May and July 2009.

Merri and I will not be on these tours but we do want to meet you. So to make sure we can meet, we will let you attend these either one of the May real estate tours free if you enroll in one of our three International Made EZ  courses, in July, October or November.

You get two courses for the price of one.  Enroll in any of these courses that Merri and I will conduct below and choose either May real estate tour free.

You can enroll in one, two or three of these courses below