Where can one invest and logically expect a fast return?

The US T-Bond 10 year yield is really low at 2.63%. Investment there may seem safe but will e eaten aloe by inflation.

The US stock market is weak now as well. The Morgan Stanley Capital Index is : 830.42  down this week by -2.5% and already down 10% since the beginning of the year.

Dow Falls More Than 330 Points; S.&P. Drops More Than 5 Percent After hearing the new president’s inaugural address, investors went back to selling stocks, sending the major indexes down sharply. Traders on the floor of the New York Stock Exchange paused at times to watch the inauguration ceremony and President Barack Obama’s remarks, but the transition of power did not erase investors’ intensifying concerns about the struggling economy. At the close, the Dow Jones industrial average was down more than 330 points, or about 4 percent, while the broader Standard & Poor’s 500-stock index fell 5.2 percent.


This news  creates some unprecedented opportunity and I have been working closely with Jyske Bank and Jyske Global Asset Management (JGAM) to help our readers understand why and how the current economic  corrections create phenomenal investing value.  Therefore we have agreed to replace our May Spanish course with a Global Asset Value to join up with JGAM and speak at their JGAM Global Asset Value Strategy Seminar  in Naples Florida, May 29 to 31.  More on this in a moment.

First, where to invest for the most likely fast returns now.

GOLD is up a bot at $880.53  and the dollar showing a little strength…but the real answer is VALUE.  How does one value gold?

Where can we see value?

How about emerging markets? They have been hit hard so there is special value there now. Plus the euro may be in trouble.  We’ll look at the euro problem in a moment.

The main event this week was the inauguration of the new President. In the financial markets it is again the financial sector that is making the headlines. Thursday John Thain was forced to resign from BoFa/Merril Lynch as losses were much bigger at Merril Lynch than first expected (USD 41.2 billion for 2008) and Mr. Thain was also criticized for paying Merril Lynch bonuses a month early just before the merger talks (rumoured to be USD4 billion). The deal has already been named “The deal from hell”. The S&P financial fell 6.7% on Thursday with BofA falling 14.5%. Citigroup fell 15.3% due to speculation of a possible federal takeover of ailing financial institutions. Microsoft cut 5000 jobs the first company-wide job cuts in its history – its share price fell 11.7% on Thursday. Sony warns it will suffer its first full year operating loss in 14 years. In the US Home constructions fell 15.5% in December.

Obama has his hands full…but look what JGAM said about China.

After five years with double-digit returns through 2007, Emerging Markets in 2008 suffered their worst annual decline in twenty years.

Thus, after having outperformed the developed markets for seven consecutive years, in 2008, Emerging Markets underperformed the Major Markets by 12.6 and 13.3 percentage points in US dollars and in euros, respectively.

There was no big difference in the year-to-date returns: each region
lost more than 50 %.

Performance numbers are in US dollars if not mentioned otherwise.

As for the calendar year 2008, all twenty-three markets included in the MSCI
Emerging Markets universe declined. What a difference to 2007, when all but two markets of the MSCI EM universe advanced and the MSCI Emerging Markets Index gained 39.4 % in US dollars and 25.7 % in euros!

The Emerging Markets Top Value Model Portfolio, which invests according to the Top Value Strategy and assumes index returns for each national market included in the strategy, gained 6.4 % in US dollars and lost 2.9 % in euros last month.

In 2008 the Emerging Markets Top Value Model Portfolio declined 53.3 % in US dollars and 50.8 % in euros, matching the benchmark.

We therefore also drop Pakistan from the list of Emerging Markets presented here.

There is one change in our performance ratings this month: Mexico is downgraded to “Sell” from “Neutral”.


According to our performance ratings, these markets offer the highest expectation of risk-adjusted returns for long-term investors

Remember that the overall market value is just one of many filters we should use when we review value. The seven steps we use in our reviews include

Michael Keppler also reminds investors not to misinterperate the investment analysis implicit in the Country Selection Strategy. A country is BUY-rated based on the valuation levels reflected in the MSCI benchmark index of country. A BUY rating therefore does NOT imply that any stock in that country would be considered an attractive investment.

To invest according to the Country Selection Strategy it is necessary to
construct diversified, risk-controlled, representative country portfolios in
every BUY rated country, weighting each country approximately equally in the
overall portfolio. It is not appropriate to instruct a stockbroker to simply to select stocks in the BUY rated countries.

For more details on Keppler’s analysis, contact Roderick Cameron at 1-212-245-4304 or email roderick.cameron@kamny.com

Here is the point about emerging markets.

Emerging markets outperformed the developed markets for seven years in a row but in 2008  underperformed the Major Markets by 12.6 and 13.3 percentage points in US dollars and in euros.


Now let’s look at the Euro.

JGAM just wrote to me:

The Eurozone however is also having its own serious problems. The UK is now officially in a recession. Portugal Wednesday became the third economy in two weeks to suffer a credit rating downgrade (Spain and Greece have already been downgraded) and Ireland has been put on a negative outlook. The Danish parliament Sunday agreed on a new bank help package totalling DKK 100 billion (USD 17 billion).

The US dollar has been strong and has a low interest rate (opposite the formula we want to invest).  Major markets look in trouble.  They are not likely to get better right away.  So how does this create value.

Look at other Europan currencies.  Those who have read this course for long know I have never been a great fan of the euro. I prefer the currencies of countries that are in the EU but did not adapt the euro…the British pound, the Danish and Swedish kroner…plus Norway’s kroner (Norway is not in the EU).

One way to take advantage of this opportunity is by investing British pounds now and Jyske Global Asset Management just set me this note.

At the Investment Committee meeting on the 15th of January we decided to take a long position in GBP & JPY against the USD.


The stop loss level in GBP was reached before the position was taken. We thus had an Ad Hoc meeting today to consider our options.


We decided to take the long position in GBP at these new levels as we feel it has fallen to much to quickly and should be poised for a rebound.

These may be tow of the fastest growing investments for those who are not too risk averse…emerging markets and the Britsh pound. Like always never speculate  more than you can afford to lose.

Join Merri, me and Peter Laub of Jyske Global Asset Management at OUR INTERNATIONAL INVESTING & BUSINESS COURSE IN ECUADOR. We review economic conditions, Ecuador real estate, my entire portfolio plus investing and business ideas for the months ahead. 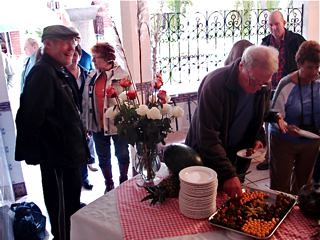 Served by our caring staff. 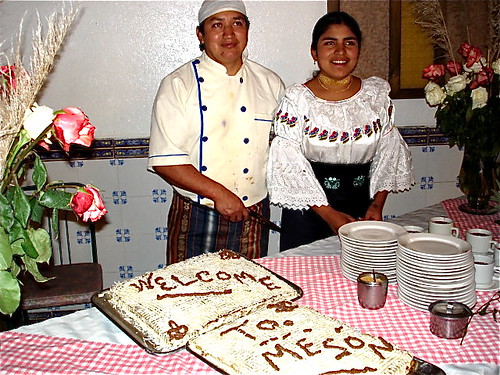 Plus  beause of the unusal opportunity that is unfolding, we have agreed to replace our May Spanish course with a Global Asset Value to join up with JGAM and speak at their JGAM Global Asset Value Strategy Seminar  in Naples Florida, May 29 to 31.