There is good news on Ecuador air fares. Right now Lan which has regular flights to Ecuador is offering some Guayaquil and Quito air fare special deals. We’ll look at these air  fares in a moment.

We are certainly very happy to be here after reading this report from Richard Goebel, our manager at our North Carolina farm. 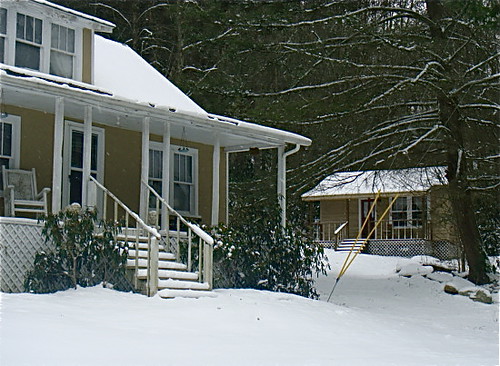 It was cold this AM.  -4 degrees and with the wind chill -20 degrees F. I broke up a fight between a hawk, a chicken and the rooster. Only feathers lost.
though the small black chicken is gone. Plus we lost two mallards last night or one male and a female. The cold is bringing out the predators. Another exciting day on the farm. Your friend Richard

We were happy to learn that the little black chicken was found. She ran off when the hawk came and is now sleeping in the pump house with our cat Alice.

Before looking at that Ecuador air fare war remember you can get fresh Ecuador valentine roses shipped to your home.

Second,  here is an excerpt from Yesterday’s password protected multi currency courses that shows why  Ecuador may be a good bet now and why using the special February low cost Ecuador air fare may be wise.

The multi currency excerpt begins when a reader asks:

Why not just keep your money in gold/silver?  All fiat currency will crash sooner or later.


Here is my reply.

Re gold. I’ll have a friend who is one if the world’s gold experts do a feature password protected lesson on the state of gold shortly.  I have often thought of just buying gold myself and forgetting all this work of keeping up.  If for no other reason this has such simplicity. However, though history shows that gold always adjusts for inflation eventually… history also shows that gold can have huge price swings that may last for decades.

I know one client who cashed out his portfolio and just bought  gold about 30 years ago when the price was $860 an ounce.  So we have to ask, when is sooner or later?
I know another client who bought a lot of gold and then had it confiscated when he tried to cross a border with it.  His crime… just having  a lot of gold as far as we can tell.

Plus if you live outside of a major city how often do you have to run to a metropolis to sell some gold?    How about the security risks?

I have a little more faith in the resiliency of mankind every day.  Sometimes when we have more turmoil than expected, it is hard to see how things can get better. Yet in every decade, the 60s, 70s, 80s and 90s, there has been a crash and after the crash, a recovery.

I am not a gold bug  or real estate or share bug.   I am a VALUE BUG.  I like value and find it exceedingly hard to know gold’s real value.


I also like diversification and have created a hedge for each potential situation…for things to get better or worse.  So I have some gold. have some equities…but not all that much.

It will be interesting to see how everything unfolds.  For now I’ll not buy too many Amero futures or blocks of gold.   Nothing to date suggests to me that this downturn is any different than any others.

I do keep some gold socked away. I do live on a farm where I can feed myself in case of an extreme global currency dislocation.  The farm however is a lifestyle situation and makes no comment on my belief on global affairs.

I have not abandoned my core belief that there are four ways to fight inflation and currency turmoil.  My portfolio is based on these beliefs.

History suggests that we can always succeed in:
#1: Our own business.
#2: Real estate
#3: Commodities
#4: Equities (ownership of other people’s business)

You can read this entire password protected lesson as a multi currency subscriber.

You can attend our Beyond Logic and International Business Made EZ courses, then return Monday February 16, on flight XL516 leaving Quito at 9:20 am and reaching Miami at 1:25. The entire fare INCLUDING TAX  is only $421.51.

This is a good time to visit Ecuador because the price of oil is low and Ecuador’s oil dominates what happens in Ecuador.

When Ecuador’s currency was the sucre, it crashed in 1999.  Real estate prices simply rose as the sucre fell.  The instability caused b the currency collapse created some great real estate bargains because Ecuadorians rushed out of the sucre into property.

Now the low oil price can boost real estate again…plus there are two other boosts.

The first real estate boost come in the form of Cholo Boys. This is the name for Ecuadorians who left Ecuador during its 1999 economic plight… manly to Italy and Spain. They earn there, return and invest in real estate.  Now they are returning to Ecuador. Even Ecuadorans in the US are returning to Ecador…beause life here is good.

The other upwards pressure on Ecuador real estate is the Nort American expat market. Hoards of gringos are coming down for a warmer and easier low cost lifestyle.  I know. Our hotel is full almost all the time now.

All of this buying pressure turns Ecuador real estate into an international commodity. This makes the prie of real estate ere less vulnerable to local economic declines.

I believe this enough that I bought an extra unit at Vistazul when I heard the news that Correa might default on Ecuador bonds.   I own more condos there than anyone else and may buy more…six condos and an apartment in the hotel itself…plus two of my daughters each (on my advice) bought a condo.  Plus I just made an offer on more property in Cotacachi.

Due to the drop in the price of oil, President Correa recently said that he plans to restrict imports to help stem the outflow of dollars and offset the tumble in oil, the country’s biggest export.  He cannot afford to do it and as a trained economist he knows this.

Oil prices are now lower than in 1999, when adjusted for inflation.    The low oil price in the 1990s helped push Ecuador into default and caused a couple dozen banks to fail. This was when the country dropped its currency, the sucre, in favor of the dollar.

Correa plans to revise investment plans and trim spending on public-sector salaries and pension plans to help cope with the global economic slump.   He is cutting back on minimum wage raises and  subsidies  for the poor.

In short, times may become tougher in Ecuador. This means those who have money to invest will find the greatest value!

When you come down be sure to check visa rles. Recently the visa attorney we refer readers to told us  that there are new Ecuador visa regulations. He said there is a lot of confusion as two government agencies wrestle with each other for control over immigration.

Many people do not need a visa if they are staying less than six months (180 days) a year. When Americans, Canadians and British enter Ecuador, they are automatically given a 90 day T-3 visa. This is the visa that Merri and I always use.

This T-3 visa is non-renewable.  You must leave by the expiry date.

Be careful about this.  In the past there was just a modest fine.  If you stayed over your due date you could pay a small amount extra when you left.   This is no longer true.   The fine is $200…but there is another catch we just learned.

We talked to a friend who overstayed his 90 days and paid  the $ 200 fine when he left in December. He flew back last week, was stopped at the airport and deported back to the United States because he did not know this rule!

You can learn the new rule and read a password protected, complete report about how to get visas as an Ecuador Living subscriber.

Plus the Ecuador Living report shows  how to have Social Security give you a letter of proof so you can have an Ecuador residence visa.

Learn about being an Ecuador Living subscriber.

Until next message, good Ecuador Living to you.

Last week we began tracking how fast the municipality gets work done here.  We saw day one of a dirt road where construction was obviously about to come.

Day two.  The action had begun. 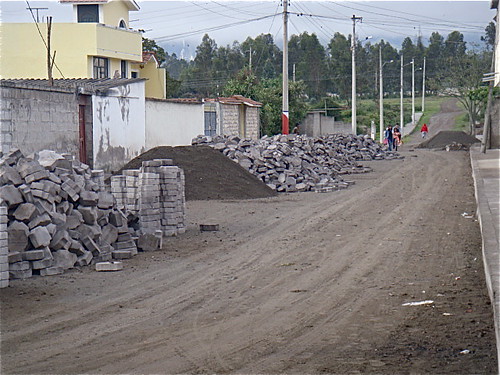 Day three and the first phase of the road is almost done. 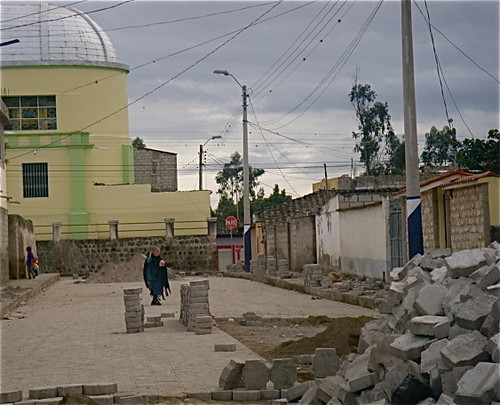 Day four its even more complete. 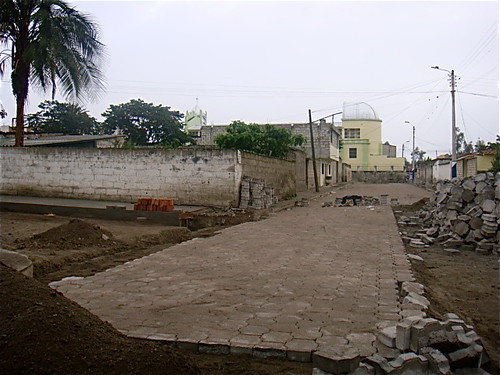 Day seven (Sunday there was no work) and the road is fully paved. 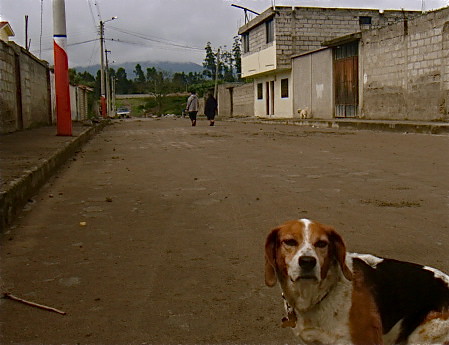 Plus the intersecting road is well under way as well. 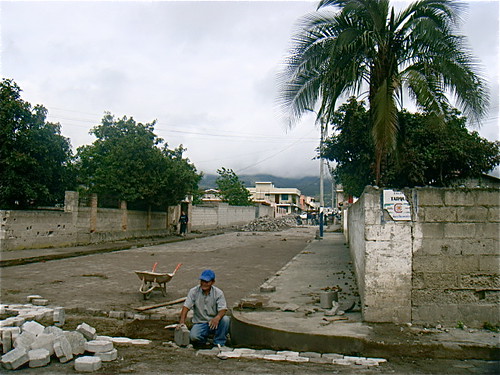 See in Sunday’s update how I was caught in this parade when I went out to take the latest road shots. 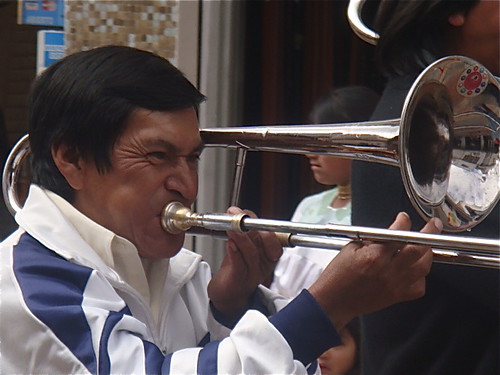 We’ll have a dozen shots like the picture below.

Join us in Ecuador this February. 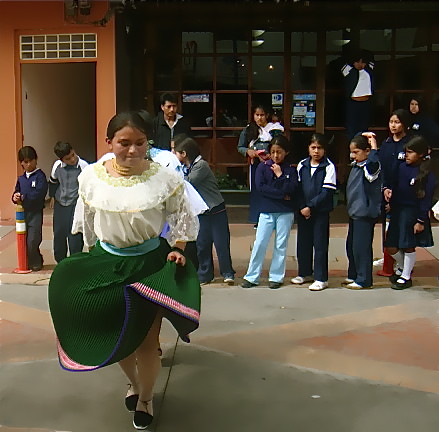