Ecuador and the Dollar

Since 2000, the US dollar has been Ecuador’s currency. Could it be that now Ecuador and the dollar might part ways?

Many readers have written and voiced concern that Ecuador might stop using the US dollars as its currency and return to a new sucre.

This may or may not happen. I previously did not think it would, until recently President Correa vowed that Ecuador would continue to use  the US dollar.

The current strength of the greenback alters the fundamentals.  If the dollar remains strong it is more likely that Ecuador will go off the dollar in  2009.

A continued low oil price could also have an impact on a decoupling decision for two reasons.  First, Ecuador’s President Correa will be under extreme pressure to deliver local promises he has made to the public.  Without high oil prices he has no money to deliver the goods.  His public excuse could be to blame America and the US dollar.  A return to the sucre would allow Correa to print money he needs for local promises right now.  This would only give him a short term boost but if he is desperate this might happen to make him look better.

Secondly, low oil  prices will diminish Ecuador’s foreign exchange reserves and the nation’s ability to pay foreign obligations and debt.  Correa has proven he is willing to jilt long term obligations.  A bond default slams the door in the face of someone who gave you something in the past.  However it is a bit easier to beat up on creditors of the past than those you need to deliver goods now or in the future.  If you do not pay them, they stop sending the goods!

Correa will not want the country running short of the supplies it needs to run on a day to day basis.

Let’s watch for Ecuador’s  reserves versus its short term obligations as an indicator of when Correa might pull the dollar plug.

If Ecuador and the US dollar do part, we must ask, so what? For many, this switch back to the sucre would be good.

When Ecuador originally Dollarized those who suffered most were the urban poor and citified middle class.  When the sucre was Ecuador’s currency and it devalued… wages were always raised at the same time. This meant that basics like food, clothing and subsistence shelter did not really cost more. Inflation at the base level was not real.  Certainly Western imported goods cost more…like TVs, cars and computers.  This mattered little to the urban poor because they never had a chance for this stuff anyway.  The middle class emigrated in droves to Spain and Italy.

Dollarization made inflation real!  Politicians could print more sucres to raise wages with inflation…but they could not print more dollars.  The poor in the city reeled.

The poor in the country who worked in agriculture did well though.  The price of crops rose.

Then the US dollar began to collapse versus other currencies.

The falling dollar helped create business opportunity.  One friend who owns a flower exporting business told me that the flower business in Ecuador was good due to the dollar fall versus other Latin America currencies, especially the Colombian peso. Colombia is one of Ecuador’s largest competitors in roses and bananas, two of Ecuador’s largest exports.

The cost of Ecuadorian products became lower even in the U.S. when compared to products from countries (such a Colombia) where the currency had strengthened against the dollar.

As the dollar falls versus other Latin America currencies, Ecuadorian products become less and less expensive in global terms.

Now of course the dollar has gained strength and this hurts Ecuador’s export potential.  The strong dollar is the rock…the low oil prices…a hard spot.  Correa and Ecuador’s economy are caught between them.

Also a new sucre, though less convenient,  would probably be good for expats.

A full report sent to our Ecuador Living subscribers explains what this would mean to expats and the Ecuador real estate market. You can subscribe here

Jyske Gobal Asset Management will join us Feb. 13-15 for our course International Business & Investing Made EZ

Join us and then stay on for a real estate tour Here is our latest group inspecting the hotel,which is one block from the Ecuador’s Pacific. 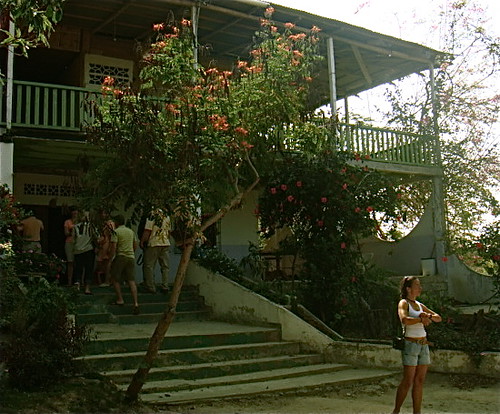 We’ll view this hotel. It has a huge front porch. 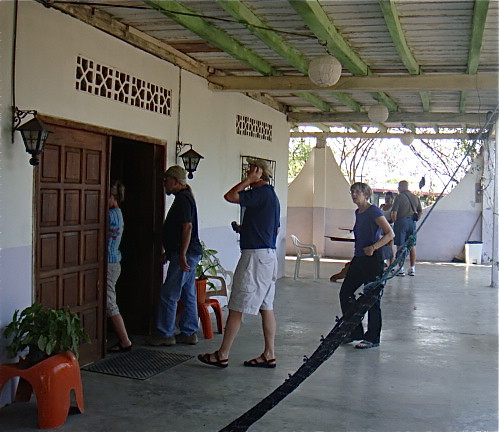 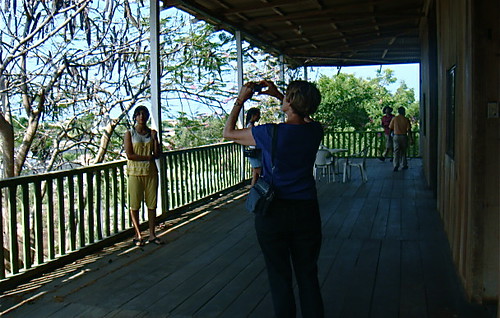 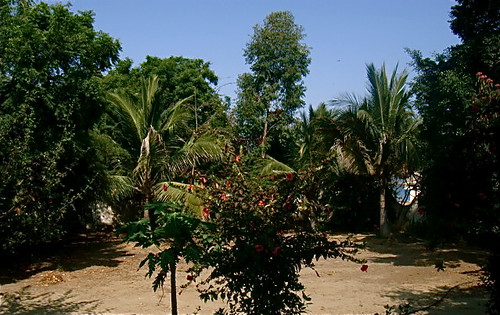 Join us at a course in Cotacachi to learn more about multi currency investing.or on Ecuador’s coast this winter.

The course fee includes meeting at Quito airport (day before the
course)…transportation (by group bus) to Cotacachi and back to Quito.
Course fee does not include air are. accommodations, food or individual transportation.