Cotacachi shamanic fractals can help us see beyond logic. The shamanic vision can expand our fullness of sight during times when outside events have too little history to depend on.

When we think as the shamans of Cotacachi do, we see events…fate…and our free will as being connected. The shamans in Cotacachi call all these different parts the forces of nature.

The circular thought of the shamans is sometimes difficult to grasp. Some shamans will say something that has no logic…until one day an event…act or an aha starts to make sense.

For example, their concept of fractals is that everything is part of a sacred geometry that leads us to where we should be. The mountain we grow up viewing is our mother (Pacha Mama) who guides us on our life’s way.

This never made much sense to me until the other day. We were visiting our daughter, son in law, grandkids and my 86 year old (way to go mom!) mother. 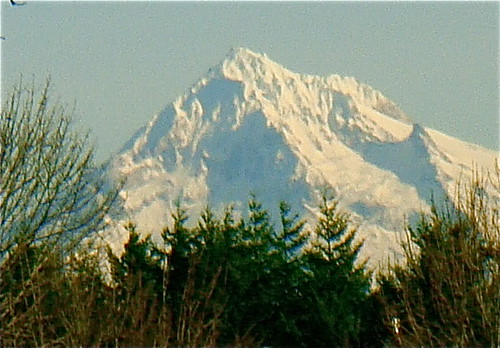 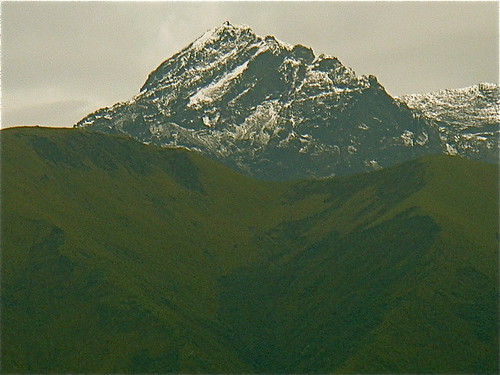 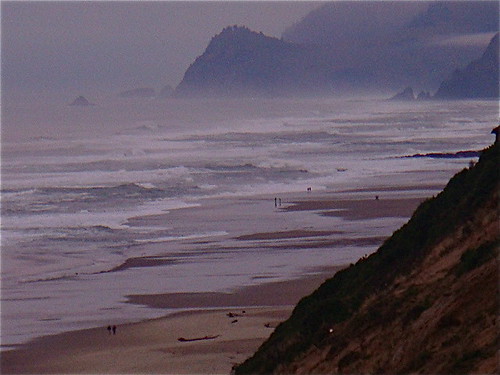 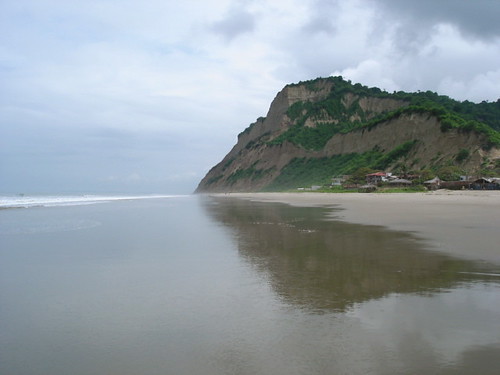 Our life in Ecuador is filled with abundance. Did the sacred geometry of my youth lead me to  Cotacachi and San Clemente?  Did we make our decisions to live in these wonderful places because of some impression beyond logic…some deeper message given by Pacha Mama long ago?

I don’t know the answers to these questions, but do know that the biggest joys in my life came from making decision that were beyond logic.

This is why we are conducting two courses this January and February 2009 that help us learn how to blend our logic, intuition, experience, education and deeper wisdom into an information processing system that brings us greater health and wealth.

The January 2009 course is Super Thinking plus Spanish.

The February 2009 course features Blaine Watson, our astrologer conducting Beyond Logic, a course that includes a lot of Ecuador Shamanic Thought.

The economic downturn we are seeing offers many benefits…inner growth, more focus on health and encouragement to gain the freedom of one’s own business. These separate subjects, actually tie together rather well. Health, wealth, meaning and service are so inexorably linked it is difficult to have one without the other.

This thinking came clear to me years ago when one small sentence in a book review about “The Wealthy 100” showed the fallacy of working just for cash.

This book showed who the wealthiest people in the world were by looking at their wealth at the time of their death in relation to the GDP of the U.S. John Jacob Astor was the wealthiest man in these terms as his wealth equaled 1/65th of the U.S. GDP.

The paragraph in that article that shook me to my roots was: “The stories of the Astors, Vanderbilts and Morgans have been fascinating. They were not always the smartest, or best educated, but possessed a single minded discipline. If there was a common denominator it was a passion they brought to business whether inspired by greed or desire to be the best. The backlash; many lived unhappily.”

My immediate thought was, “how would I feel if in the last 30 seconds of my life I realized that I was the richest man in the world ever and yet I had lived an unhappy life?

Second, if we do what we love, we do better and joyfully, put in more energy, time and care. This is nature’s irony; if we chase money, it seems runs away. If we pursue our passion and work with without concern for the cash, the wealth can’t resist us.

Now is a great time to know more about health and its relation to wealth because as the economic slowdown carries on, people feel worse. They look for new values and ways to feel better despite the negatives in the outside world.

We live in a holographic, fractal universe.

This quantum reality can be summed in the phrase, “As above, so below”. Most humans on this earth are feeling the external turmoil within. We are all one and we are all connected. All the negativity that abounds in uncertain economic times impacts us all at some level.

There is no better way to overcome this, to make a positive statement in the way we serve others. Charity is not the main answer either. For success, we must be rewarded for our efforts. “The Noonday Demon” a book on human behavior by Andrew Solomon tells of a unique study that shows how people put meaning back in their lives after the most horrible of circumstances. The book reviews a study of Cambodian women who had survived the trauma of Pol Pot’s Khmer Rouge purge where 20 % of the population was destroyed.

The three-step plan used gives us a great insight into how we can have true wealth. First, the women were taught to forget, the psychotherapist Phaly Nuon, a woman who had lost her family as well says they used exercises each day to forget so that each day they could forget a little more of the things they would never entirely forget. They distracted with music or embroidery or weaving or whatever seemed to work. “The loss is under the skin”, she said “and we cannot take it out.” But they could forget that it was there, even though it was.

Second, Phaly Nuon taught them to work. They had to learn to work well, have pride in the work and to be paid. The receiving of energy as well as the giving of it was necessary to make this work. Finally, once they had mastered a trade or profession she taught them to love. She used a steam bath to do this, where the women could meet and give one another manicures and pedicures. Doing this made the women feel beautiful and put them in contact with the bodies of other people and to give up their bodies to the care of others. Grooming is one of the primary forms of socialization among primates and this return to grooming brings the women back to balance.

Finally, she taught the women one more vital lesson, that these three steps, forgetting, working and loving are not three separate skills, but part of one enormous whole. The practice of these three things together each as part of the other is what makes the difference.

I quote this book and Phaly Nuon: “It (this wholeness) is the hardest thing to convey” she laughed-“but they all come to understand this, and when they do-why, then they are ready to go into the world again.”

Wholeness in giving and receiving is the answer. If we give too much without allowing others to return we manifest the parasitic element that lies within us all.

There is nothing more powerful without and within than serving through business. Give in ways that support this earth, help the world in a positive way and your rewards will be better health and wealth as well. There is no other model for success that makes more sense.

Both courses will be conducted in Cotacachi Ecuador…a perfect shamanic place because Cotacachi has this welcome symbol as you drive into the village. 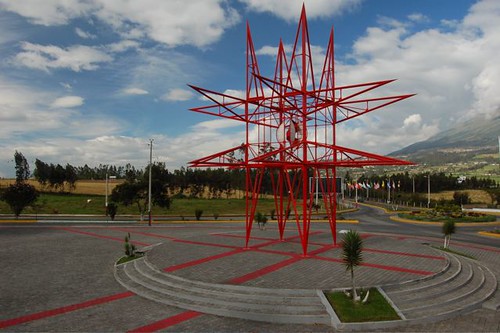 Cotacachi Ecuador has always been a special village and this symbol represents nine important mid-points that the Incas saw that intersect in Cotacachi (the small village where we live).

This intersection is further defined by a sixth point that comes from an alignment directly between Lake Cuicocha (20 minutes from us) and Lake Titicaca, the birthplace of the Incan nation. According to the legend, is where Manco Capac and Mama Ocllo emerged from the sacred Lake Titicaca to found the Inca Empire. This made this lake to lake alignment especially important as Cuicocha was named at that time Achicocha, which meant “Lake of the Gods.” This lake like Titicaca was considered to be sacred, and used for purification rituals. To this day ritual baths take place at the lake.

The seventh alignment is that Cotacachi is in a direct line with Cuzco (The Inca’s southern Capitol) – Quito (The Inca’s Northern capital) and The Yucatan which the Incans saw as the home of the original most important civilization.

The Incan beliefs were that these nine intersections formed four axes that created the basic functions of the universe. What better place to take a deeper look at our existence?