A message entitled Manta Real Estate in Ecuador looked at why Manta makes investing north of this port city a good investment.

This picture at tripadvisor.com shows one reason why. Here is Bahia, Ecuador. 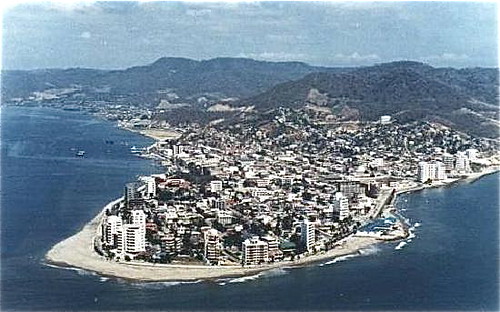 The full name of the city is Bahia de Caraquez. This is a town that makes living on this part of Ecuador’s coast a great place to be. 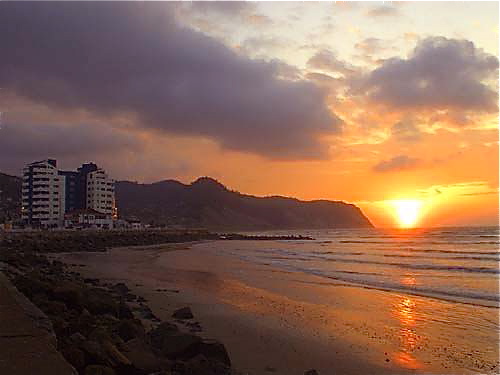 Yet as you will see below, there is much much more…here in Bahia, Ecuador.

Merri and I have for the last 25 years (since we left London) always lived in an out of the way place, two hours or so from an international airport and a half hour to a nice city.

When we moved to Naples, Florida 25 years ago it was a sleepy village…no WalMart…no Office or Home Depot etc. We were two hours from Miami International Airport and half an hour to Ft Myers. We would drive to Ft. Myers once ever two weeks or so to get supplies and then scoot back to the quiet life.

Now we are in the Blue Ridge…nothing is here but fields and forests! We drive a half hour to West Jefferson once a week to get groceries, the Farmer’s Market and if we have to go for office supplies that’s another 45 minutes. Then we zip back into the hills. Greensboro or Charlotte airports are a bit over two hours away.

Our home in Cotacachi, Ecuador is two hours from Quito International Airport and half an hour to the City of Ibarra.

So it was no surprise when I started calculating travel times from our new home in San Clemente in Manabi Province on Ecuador’s Pacific Coast.

We are 45 minutes to Manta. Add a check in and a 30 minute flight. This gobbles up two hours and gets us to Quito International Airport.

Bahia, first of all is clean. It became Ecuador’s first Ecocity in the late 1990s as a positive response to two disasters that hit this city of about 25,000 residents.

Two natural disasters fell upon Bahia right in a row. First, in 1997 the “El Niño” phenomenon caused torrents of rain, flooding and washed out miles of road in to and from Bahia. Then a year later in August 1998, a strong earthquake (magnitude of seven) created a huge amount of destruction,

In a kindness that evolution brings, Bahía had to completely reconstruct itself.

With Japanese help and funding, plus many wealthy Ecuadorians (one of Ecuador’s more successful presidents came from Bahia so it is well known in wealthy circles) Bahía rebuilt as an ecological area. The governing authorities made an official declaration of this fact. Since this time, the city has planned its development within the sustainable principals of an Ecocity.

Bahía is a Pacific coastal city located on a peninsula about an hour and 15 minutes north of Manta and is bordered by the Chone River.

Here is a shot taken on one of our coastal real etsate tours over the Chone Estuary. 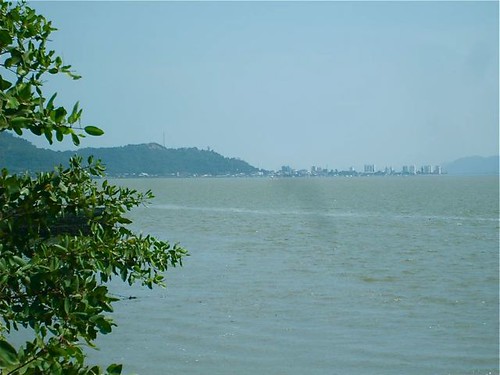 Over the last decade Bahia has become one of the country’s most attractive resort areas due to its beauty, cleanliness and access to the major cities of Quito (five hours by car) and Guayaquil (four hours by car).

Bahia’s year round population is estimated at 25,000 with a substantial increase during the summer,

First, a new highway is being built between Quito and the coast. This construction is taking much longer than it should and costing way more than budget..but eventually it will be complete and one more concrete freeway will be able to whisk from Quito to Bahia.

Second, some day there will be a bridge across the Chone. Bahia sits on an isthmus between the Pacific Ocean and the huge estuary of the Chone River. If you are traveling from the south up the coast in a northwards direction, you are stopped at the Chone. The drive onwards moves down the Chone for a couple of hours just to get back to the coast north of the estuary north. Here is a group of our real estate tour delegates looking across the Chone. 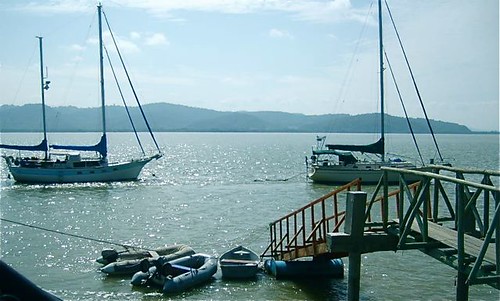 This map shows it all. 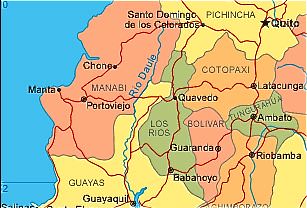 The only way to cross the Chone at this time is via ferry. There are usually two car ferries. This is the Pacific Coast Highway running from Columbia all the way down to Peru and Chile so cars, buses and trucks use them.

Big trucks are loaded, first followed by the cars. These ferries also take foot passengers and are free.

There are also passenger ferries that continually go back and forth costing about 30 cents for the trip.

However, at times it can take up to two hours to get on a car ferry.

So a bridge across the Chone would be invaluable and is in the process.

John Papski, our man on the coast, recently visited Bahia and President Correa there. 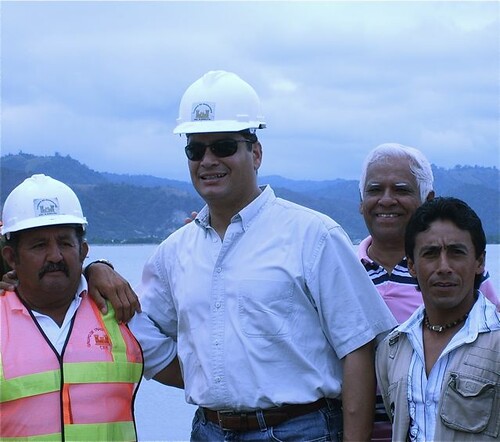 Here is President Correa in Bahia.

John helped me complete a two part Bahia report that is now available to our Ecuador Living subscribers.

Until next message may all your secrets be as good as Bahia!

We still have space in November.