Multi currency investing in change creates opportunity if you stick to value as well.

We have a great rooster here at the farm.   Beautiful. 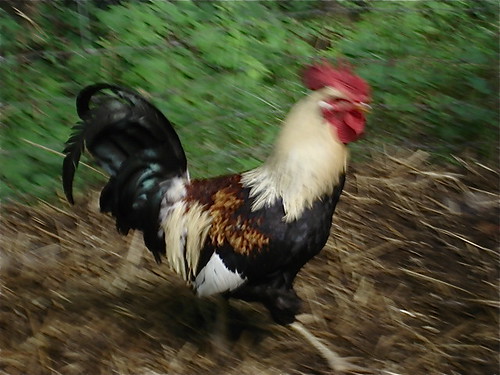 So now we also have some new chicks! 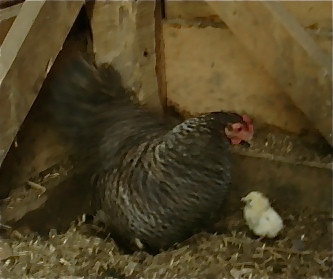 Watching them started me thinking about multi currency investing cycles and evolution.

If we look, we can see mankind and our multi currency, global economy evolve in ways that make sense.

Yet the shift are often hard to see.

On a recent trip Merri and I were stuck next to a TV (we do not have this at the farm) and the show was called Mad Men…about ad men in the 50s.  The smoking everywhere, three martini lunches, incredible sexual harassment, gender, religious and racial bias.

Wow, consider how much we have progressed!  Perfection now? No.  Better than before…I think so and we are making progress.

How can we spot, and position ourselves for change?

The economic doldrums of today will create the life styles of tomorrow. High rising costs of energy…food and essentials are creating a more spiritual world.

People are learning to look within for their fulfillment rather than relying on the shopping cart of the material market place to bring them joy.

They are more likely to spend more time in their church, mosque, synagogue or other place of religious worship than in Wal Mart.

They may enjoy more friends, family and their social community.  Perhaps spend more time hiking and in nature or contemplating…slowing down to enjoy life more.

Think, if nothing, else of the environmental good.

How do we prepare our lives, our business, our finances for this new way?

During the 40 years I have been investing abroad, I have observed seven golden investing trends.

#6: Invest in Real Estate Throughout.

#7: Bet Against the US Dollar Throughout

Now an eighth powerful green trend is in force.

How do we tap into this new economic wave?

Like with all huge shifts, there will be scams and over priced investments.

An article by Alex Williams entitled, “That Buzz in Your Ear May Be Green Noise” touches on this when it says:

“DESPITE the expense and the occasional back strain, Mary Burnham, a public relations consultant in San Francisco, felt good about the decision she made a few years ago to buy milk — organic, of course — only in heavy, reusable glass bottles. For the sake of the environment, she dutifully lugged them back and forth from the grocery store every week. Cutting out disposable paper cartons, she reasoned, meant saving trees and reducing waste.

“Or not. A friend, also a committed environmentalist, recently started questioning her good deed. ‘His argument was that paper cartons are compostable and lightweight and use less energy and water than the heavy bottles, which must be transported back to a plant to be cleaned and reused,’ she said. “I have no idea which is better, or how to find out.”

“Ms. Burnham, 35, recycles religiously, orders weekly from a community-supported farm, buys eco-friendly cleaning products and carries groceries in a canvas bag. But she admits to information overload on the environment — from friends, advice columns, news media, even government-issued reports. Much of the advice is conflicting.

“To say that you are confused and a little fed up with the often contradictory messages out there on how to live lightly on the earth is definitely not cool,” she said in an e-mail message. “But, heck, I’ll come out and say it. I’m a little overwhelmed.”

“She is, in other words, a victim of ‘green noise’ — static caused by urgent, sometimes vexing or even contradictory information played at too high a volume for too long.”

Green is good but as mankind learns and evolves, there will be plenty of spin. There will be more than enough turmoil and confusion about what is best and what will succeed.

The true guide that can guide you through the noise that is created during new economic waves is value.

An NPR article said: “After decades investing in oil, T. Boone Pickens is now pouring billions of dollars into what he calls America’s biggest wind farm. Pickens envisions putting up 2,500 turbines in Texas to generate 4,000 megawatts of energy — enough to power 1.3 million homes.

“Pickens says America is living with oil prices of more than $140 per barrel and gasoline topping $4 per gallon because it didn’t plan for its energy future.

“The mistake was made because we didn’t have the leadership that stepped up and said, ‘We cannot continue to import foreign oil,'” Pickens tells Steve Inskeep.

“Wind currently generates a relatively small percentage of the nation’s power, with most coming from coal, nuclear and natural gas.

“Pickens says he would like to use more wind for power generation and shift natural gas for use as a transportation fuel.

“We’ve got plenty of natural gas,” he says. “That’s the beauty of it. Natural gas is cleaner, it’s cheaper, it’s abundant and it’s domestic.”

“Pickens says he wants the government to extend a production tax credit for wind power for a period long enough to encourage investment in the technology.

“The federal government recently issued a report forecasting that 20 percent of U.S. power generation could come from wind energy by the year 2030. Pickens says that’s too long from now — he’ll be 102 years old.

Jyske Bank recently placed a sell recommendation on one of the most successful recent shares we have tracked, Vestas, the wind and turbine maker. See why here.

Green is good now. Paying too much for an investment, regardless of its color is never good.   Even when you ride the wave always keep your eye on value.

Learn more about how to spot good value investments at

Until next message may all you values always be good.

Join us, stay at our farm and learn about intuitive investing for Susan Rotman’s business intuition course.
Or join me with Jyske Global Asset Management to learn more about value investing.