Train Stocks have been healthy due to the oil crunch.

Readers from around the world have sent information that enhances ideas from our last message, Investing in Trains.  See https://www.garyascott.com/2008/06/28/2164.html if you missed this.

Here is one fun idea about investing in railroads and trains.

“Gary,  On the subject of trains, I thought I’d point out that although the streetcar no longer runs to Oaks Park, Oaks Park is home to the SP&S engine 700 – in fact, it is running this weekend! We often go for rides in the summer and around Christmas… My kids and their cousins LOVE trains! Here is it: 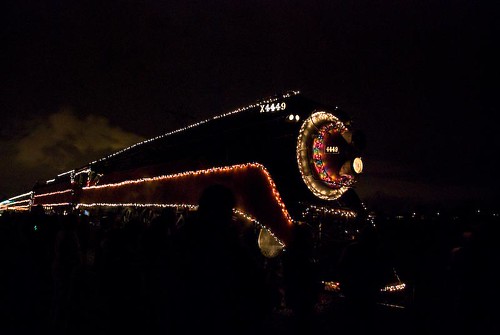 “On a related topic, I recently needed to travel from New York City to Boston.  I was dreading the hassle of the airport and the mess ‘security’ has made of the former joy of flying.  I was researching train travel, but stumbled onto something I liked even better – the Limo Liner.  If you ever need to travel between NYC and BOS, I highly recommend it… and I would be very surprised if similar service isn’t coming soon for other locations as well.”

The Spokane, Portland and Seattle 700, the third largest operating steam locomotive in North America and is owned by the city of Portland, Oregon. Here is this train on a longer trip. 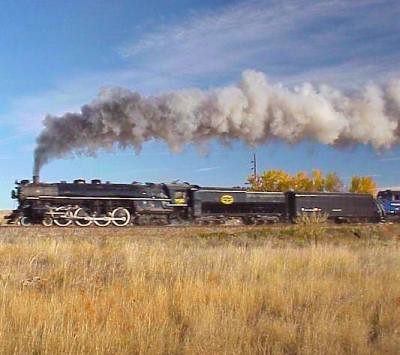 Bus travel has not yet captured my imagination but with high fuel prices does make sense for those medium day trips.  An upgrade in bus service would not be expensive and you can see the way that a trend might grow at limoliner.com

Another reader forwarded this trains stock idea to share from the Motley Fool website entitled Investing in “Planes, Trains and Ships.”

“Investors looking for a pure transportation play can choose the iShares Dow Jones Transportation Average ETF (NYSE: IYT). Although components like Southwest Airlines (NYSE: LUV) haven’t gotten much love from Wall Street lately, railroad stocks, which make up more than a third of the iShares fund, can keep chugging along even when oil reaches historic highs. The ability to weather and even benefit from high energy and surging imports makes this fund one worth looking at.

The iShares fund tracks the oldest U.S. benchmark, the Dow Jones Transportation Average, created by Charles Dow in 1884. Back then the average mostly consisted of railroad companies, and rails still figure prominently today in the 20 U.S. transportation stocks.

However  trucking shares dropped more than train stocks because trains are far more energy efficent than trucks.  Trucks are three times more fuel intensive, the article quoted…plus trains tend to handle freight that is less sensitive to an economic slowdown.

This makes sense and adds a shipping idea.  Truck congestion on the nation’s freeways, especially in the East  is getting worse.  There is a lack of real transportation infrastructure development and oil prices have caused asphalt costs to skyrocket, so this pattern is only going to aggravate over the coming years.

Some government quarters are looking at greater use of the nation’s waterways to take trucks off the road.   The U.S. Department of Transportation’s Maritime Administration is pushing the idea of “marine highways” that would take freight from hundreds of thousands of trucks and move it over water on the Eastern seaboard for part of the journey. This would reduce road congestion, without the need to pour additional tens of billions into infrastructure.

Real estate in areas where this freight would come and go and shipping shares could offer special values.

Another reader pointed out another way that trains may reduce truck congestion and wrote:

“Gary, you might want to keep an eye on old train technology…the Railroader.  This is poised to make a comeback…especially if they retool the bogies to significantly reduce the weight with something like duralum.  This could be a paradigm shift in the land shipping industry to rival the container concept at sea that started back in the late 50’s.  That would spell opportunity in many related industries.  Significantly reducing the diesel hogs and shifting away from fuel oil as a heat source would have a bigger impact on oil consumption than if half the cars were taken off the road.”

Roadrailer or RoadRailer are truck trailers that are specially-equipped to be pulled by trains.   Existing units can travel at speeds of up to 100 mph and their advantage is that they can be pulled directly behind other freight or passenger equipment without the use of trailer flatcars.

The trailers are built with integrated railroad wheels lowered into position when the trailer was pulled behind a train. More modern roadrailers do not include integrated railroad wheels, but ride on specially-manufactured bogies that do double-duty, serving as articulation points between multiple trailers in a train.  Because the bogie is significantly lighter than a rail flatcar, roadrailer freight trains are much lighter and therefore are more energy efficient than traditional intermodal trains.

The Investing in Trains article outlined how new trains might appear and how this could create real estate opportunity.

It is good to know about the California High-Speed Rail Authority that plans to spend almost a billion dollars to build a high-speed train service that is integrated with the state’s inter-city trains and bus networks, covering 800 miles at speeds over 220 MPH.

The idea is to link all major cities in California with state of the art high-speed trains that increase mobility while cutting air pollution and reduce the greenhouse gas emissions.

In addition this Authority is evaluating alternative high-speed train technologies, which could enhance some train related stocks.

One final reader with railroad experience shared this thought about investing in trains and railway shares.

“Will there be opportunity in new railway cars? Problem (from 5 years experience in industry and on transport committees) is the dead wood in the industry and the sad governments that have ripped up the tracks that we will likely need now. I favour single/two car lightweight cars (not very fast and lightweight means less heavy track requirements) similar to a bus on tracks. If you use a diesel electric solution with solar roof it would be very efficient. The safety standards are pretty stringent believe it or not.  I developed a non exploding fuel tank after the Potters Bar crash that never made it.  The cost per death was insufficient (ie not enough people are killed in train wrecks to justify the change).”

Investing in trains may be a case where the past becomes part of the future.  Whether it’s the Starlight Express or California Zephyr trains may be back on track. Watch for opportunity coming down the line.

Until next message, may all your travel be good.

P.S. Come to our October 3-5 International Business and Investing Made EZ Course on the train!

Views during the leaf change may be spectacular.

Plus you may save considerably on fares.

Our next International Investing and Business Made EZ Course in North Carolina is October 3-5, 2008 in West Jefferson.  The nearest airports and train stations are Greensboro and Charlotte, NC.