Multi currency investing helps us survive and prosper in times of faster change.

A reader sent me this note about multi currency investing:

“if the US economy is going okay, why would an investor need to look overseas for investments?”

“The US economy may be growing but the US dollar is falling versus other currencies. Plus most currencies are losing purchasing power as inflation skyrockets.”

Multi currency investing is one way to take advantage of distortions created by change .

One huge change is the shift in importance of the U.S. consumer.

Since the 1940s, Americans have been a privileged lot. US income per capita was near the top in the world. Cost of living was amongst the lowest. American consumers took advantage of this and spent wantonly. When gas prices in Europe were seven dollars a gallon, they dropped to 99c a gallon in the US and SUVs and Hummers were the most sold American vehicles.

The rest of the world supported this yankee spendthrift habit…making goods and selling them at really low costs…cashing in on the huge volume this enormous American economy generated.

Later, when America ran out of money, the world financed the American excess.

Now the debt is so serious that both vendors and lenders are taking another look. Everyone wants the show to carry on…but who will pay for it?

Not oil producers it appears. Nor manufacturers of European products. We can even expect Chinese goods to cost more now.

It is taking some time for this realization to kick in…but it is.

Changes in America are happening everywhere.

For example, for the first time in more than a century, the average income in the UK exceeds that in the US. The UK’s GDP per head of population will reach over $47,000 this year, about $500 higher than in the US,  according to analyst Oxford Economics.

In the early 1990s, the picture was very different – British GDP per capita was 34% lower than in the US.

This is a huge groundswell shift that at first thought is disturbing for Americans. I am sure the Romans were a bit upset when their empire fell as well.

This should not be seen as a bad thing though!

This is not about the decline of America. This change is created by the rise of the rest of the world. Positive change over the last 40 years has made the world the richest and safest in recorded history.

Keep in mind that this change brings enormous benefits for all. We Yanks can finally dismantle the harness of “Ugly American” we have had to carry. Let the world suffer the “Ugly Russian” or “Ugly Chinese”or “Ugly Whoever it Happens to be” for awhile.

Remember the Roman Empire disintegrated millenniums ago, but Italy remains an important and wonderful place to live and be…as will the US.

Yet right now…because so many are just beginning to see this shift, where a growing part of the world has had a parity on prosperity…there is a degree of panic.

Questions like, “How will the world survive without American consumers buying
so much?” and “How will America survive on $5 a gallon gas?”

This gives investors who embrace change a better chance and more time to take advantage of the shift.

Instead of wringing our hands, let’s ask “What can we observe about this change…that might lead us towards better investments?”

For example due to rising food and energy prices we are busy here gearing up the farm to grow food (or rapeseed which can be turned into bio diesel). 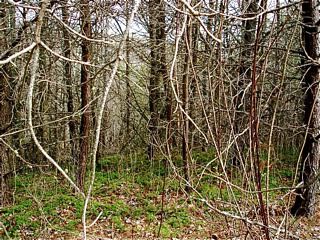 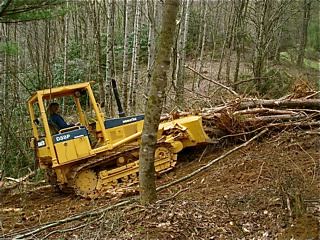 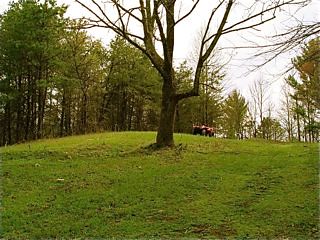 Here is a mental exercise we can use that helps us see opportunity. The three areas of greatest wealth for the past century have been the US, Europe and Japan.

Due to population density, Japan has been the most energy and land efficient.

Europe came next with smaller cars and accommodations than in America which has been “Land of the Free – Home of the Brave” and “Land of the BIG”…everything.

America will no longer squander its man resources just because they are there.

This means that one way to spot good investments is to look at how the Europeans and Japanese do things. Invest in products and services that are likely to shift. This is happening every day!

Look at USA TODAY headlines from just this last week to see what I mean.

June 1,2008 headline: ” Ridership on mass transit breaks records.” That article by Marisol Bello says: “More people are riding the nation’s buses and trains, breaking records for the first quarter of the year. Transit operators expect the increase to be greater in the second quarter as gasoline prices soar.”

The article showed that General Motors saw its sales plunge 27.5% for the month compared with May 2007, Chrysler sales tumbled 25.4% and Ford 15.8%. Sale of Japanese cars rose strongly.

Here is a headline yesterday June 5, 2008) with huge implications:

“Senators suspect railway dealings.” This article by Mimi Hall says: “Senators from both parties are calling for an investigation into a move by unknown foreign investors to gain more control of one of the nation’s largest railroads, which serves military bases and transports nuclear materials across the country.”

The military implications here are not the key. Large foreign investors wanting to buy US railroads are what we should see as American transportation habits shift!

Those who change, adapt and invest in solutions to problems are those who will profit. This is why we are examining seven multi currency shares in our multi currency course.

One, a Danish company, Vestas is based on ways that Europe creates energy more efficiently. Another is a Swiss-Swedish company using electronics to help sustainability. Another a Japanese company that preserves water.

Look for changes that fit into your passion. For example Merri and I are looking for ways to farm more efficiently because we love being on the land. There is such beauty here. Look at the wild azaleas in bloom now. Who could not love seeing this! 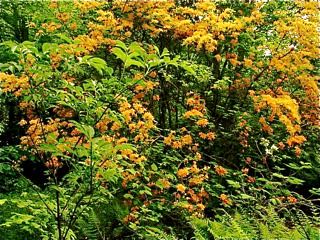 Certainly our hound dog Ma loves roaming the woods with us. 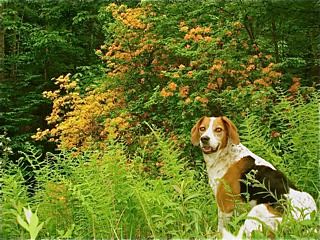 See how Any Passion Can Make You Rich …even gardening.

The look at your passion…what interests you and then see how they do it in Japan and Europe. Hidden in this fun mental exercise is opportunity.

Until next message, may change always bring opportunity to you.

Plus always remember…no matter what is going on…no matter how busy…always take time to smell the roses. Or in the case of this scene outside Merri’s office window, smell the roses, foxglove, honeysuckle petunias and peonies.

Our join us for the October Blue Ridge leaf change at our next International Investments and Business Course here in North Carolina.


This is also why we are adding sessions on how to see opportunity by looking at change in different ways. Join us and enjoy our farm. See Intuition Course. Don’t delay. Space is extremely limited and the course is already half full!

This course will be conducted here in Ashe county where we live on the farm we are changing to adapt. We’ll enjoy outdoor dining here on our deck overlooking Little Horse Creek. 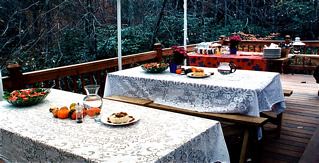 See dates for our Ecuador tours and courses below:

See discounts for attending more than one course.