In the “good old days” (1970s-80s) multi currency investing was easy. The US government was conducting a “Guns and Butter” policy that cost more than the government’s income. The political idea was great…spend now…let the next government worry about the payback…if you are a short term thinker.

Good or not politically it was bad economically and the deficit spending caused the US dollar to fall versus industrialized currencies where governments (especially Germany and Japan) were more fiscally prudent.
Then the prudent governments learned deficit spending as well…Germany to finance the buy back of East Germany….Japan to bail out an economic meltdown.

Other (most in fact) governments hopped on the deficit spending band wagon as well.

So today, one great social economic problem everyone faces is the destruction of purchasing power of many currencies, all over the world, all at the same time.

Investing in the play ground of currencies now is like trying to choose the rising tetter totter on te playground, when all all the teeter totters are going downhill on a slide.

We are living in global inflation.

For most people, this is bad.

Yet inflation creates fortunes for those who know what to do.

There are three multi currency ways to profit and stay ahead of inflation. Multi currency investments in distorted shares….distorted commodities and distorted real estate.


There was a smilar time of inflation in the 1970s. In 1970 I lived in London for a year, then moved to Hong Kong. During that time I also maintained a home north of San Francisco, in Petaluma, California. I had also purchased a house and some duplexes in Portland.

This was a time of great inflation. My homes in California, Portland and in Hong Kong appreciated mightily. In 1976, when I moved from Hong Kong back to London, I noticed that London real estate was priced about the same as it had been in 1970. This puzzled me. Why had London property prices remained flat despite inflation?

On investigation, I learned that there had been a huge real estate crash in 1970 continued to distort and dampen real estate prices six years later despite the rampant global inflation.

Then at the same time, the British pound collapsed suddenly over 35% versus the U.S. dollar from 2.4 dollars per pound to a new all time low of 1.00 dollar per pound. To my way of thinking London houses, which I thought were already very cheap by world standards, just became 50% cheaper.

I could not resist and began property shopping and eventually bought a five bedroom house in Bedford Park in West London. I made a 10,000 pound down payment and took a 25,000 pound loan to meet the 35,000 pound asking price.

First, I was right. London property had been underpriced. I was able to sell the house four years for 115,000 Pounds. I made a profit of 80,000 pounds. But the currency change helped enormously too. The pound had risen to over 2.2 dollars per pound. My 80,000 pound profit was now worth $176,000. I earned extra profit because of currency moves!

There is much we can learn about distortions that create real money, international purchasing power and how they affect currencies, inflation and property prices. This study is a classic example of how real money moves versus currencies that have been adulterated by governments.

In this case, property was the real money. Residential property is a classic hedge in times of inflation and currency destruction because it always offers a real service of value, i.e. a home for one to live.

Then prices really became cheaper when the pound crashed. I was lucky to buy when the British pound was low.

This did not last long. Overseas buyers (like myself) caught on to the cheap prices and Americans, Japanese and Arabs began buying London homes. Prices soared. So much money flowed into Britain that the pound rose as well.

As is usually the case the pound and real estate had been oversold at its bottom, so that it rose dramatically. The effect on my house resale was simply wonderful.

The period of dramatic inflation and currency turmoil in the 1970s was similar to now. Plus we now have a real estate crash and a potentially oversold currency.

I am not suggesting to invest in London now. Prices are distorted there yes, but on the high side. I looked in the area where I bought and sold that house (which was 11 Rupert Rd). #2 Rupert Road, similar to the one I bought and sold, is now for sale, described as “a rare opportunity to purchase a large property located in Bedford Park”. The asking price is $5.4 million dollars!

Here is that house. Not much to my way of thinking for 5.4 million. 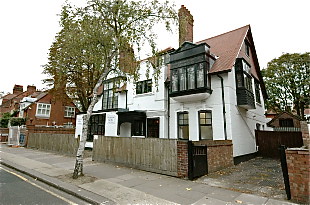 This means that it makes sense to fight inflation by looking for disorted down real estate bargains.

This is why we continue to conduct real estate tours in Ecuador. The values are still wonderful! We invite you to attend a real estate tour or to join us on our Blue Ridge Farm for a special three day workshop on how to make better decisions of all types. See below!

See dates for our Ecuador courses and tours:

Here is one of the condos for sale that we will view on this upcoming tour. 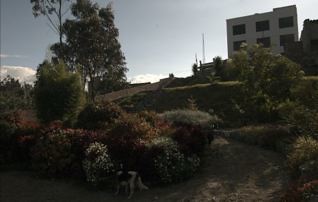 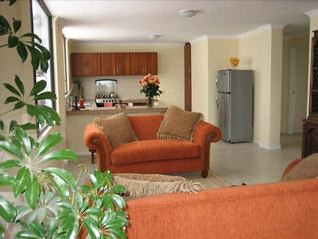 
Here is our last coastal tour inspecting houses just off the beach in Ecuador for $18,000. We’ll view these again on the next tour..unless they are all sold. 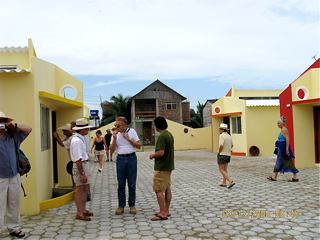 The coastal tour also includes a FREE tour of Quito real estate. Here is one of the buidngs we plan to see 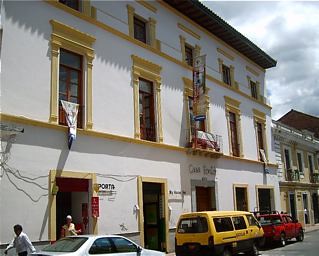 See discounts for attending more than one course.

We are also pleased to announce that we will host a weekend workshop
conducted by our business intuitive, Susan Stanton Rotman.

The course is entitled, “Escaping the Tryanny of Reason: Intuitive Development for Practical and Business Decision Making”

This seminar will introduce you to working with your own intuition to develop greater insight, creativity, and more informed decision-making and problem solving skills, all important elements for greater success. We will examine intuition in the business context, the use of intuitive process as a complement to rational decision-making, and the integration of intuitive knowing with analytical thought.

Susan will present the basic concepts of intuitive knowing and its development, including how to access your own intuition, and skill building to evaluate, process, trust and apply your information. She will help you explore the experience of intuition and its forms, including exercises to develop sensitivity and to practice using intuition as a navigational tool.

Merri and I have found that escaping the tyranny of reason helps us greatly when faced with questions that cannot be humanly answered.

Merri and I have several weapons in our information processing armory. One of the great assets is Susan, a professional business intuitive. 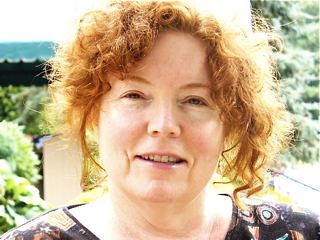 Susan consults with businesses and individuals using both her clairvoyance and other psychic abilities combined with her rational skills to help people and businesses with decision making and navigation. She consults with clients from around the world.

Susan does not really like the word psychic (nor do Merri or I) as a lot of the information she comes up with does not just pop out of the air. She has a strong educational, legal and business background. Susan originally trained as a corporate attorney and mediator.

She practiced corporate law for many years and has extensive experience representing both individual and corporate clients.

She also understands business from the entrepreneurial side—she owned her own retail art-jewelry business and is an expert in pearls.

Susan has a broad background in esoteric and metaphysical studies, spirituality, and personal, business, and family development practices.

This course will be conducted Friday, Saturday and Sunday August 15, 16 and 17 2008 at our Blue Ridge Farm. All meals and accommodations ARE included.

Since accommodations are provided FREE at our farm, attendance is strictly limited.

Click here to enroll for a couple (shared room).