The economic cycle is one reason why major stock markets may be offering good value multi currency share values now.

The best time to buy stocks is the worst time in the economy.  Clues that suggest that a bear market is creating  good multi currency stock values include: 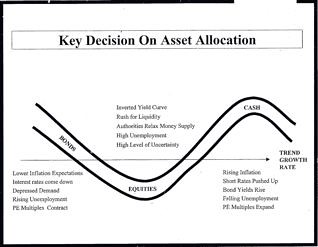 The news yesterday was filled with these good value stock clues.

The government is rushing out tax rebates to help shore up the economy.
130 million households are expected to get these rebates. The Bush administration is hoping people will spend the money, bolstering the economy.

The Federal Reserve Bank has expanded liquidity through the money supply and lowered interest rates.

Another news article covers a consumer survey showing that consumer confidence fell for its third month in a row and hit its weakest level in 26 years.  Inflation, especially in food and gas, plus the housing crash has people frightened.

With all this bad news…guess what?

Dow Theory, a highly respected market-forecasting system has shifted to a bullish sentiment.

The primary trend of the market, turned down last November, but is now pointing up again.

So we should not be surprised that stock prices ended their second winning week yesterday despite investors’ concerns about consumer confidence and inflation.

This is the classic best time to buy multi currency stocks…I suggest  multi currency shares…stocks in companies that earn globally..because these same factors that stimulate the economy are likely to push the greenback down.

Confusion and discouragement in the market create some special stock value.

One good example is stock in Microsoft.  Nasdaq dipped when Microsoft’s forecast for its current quarter was not as good as expected at the same time a ship under contract to the U.S. Navy fired flares which sent oil prices up sharply.

Yet high gas prices are good for Microsoft.  High gas prices will drive people off streets into the virtual world.   Microsoft has not been badly affected by the US recession.

Jyske Bank has an ACCUMULATE recommendation and their target price is
of USD 37.  (It has been under $30).

“b) a decrease in pirate copying, which makes it possible for Microsoft to increase its sales of Windows Vista faster than PC unit growth,

“c) a strong product mix (e.g. 75% of the Windows Vista sales are of the expensive versions, which is record high) and

“d) double-digit PC unit growth despite the recession in the US.

“e) Generating almost 60% of its sales outside the US, Microsoft has of course also benefited from the weak USD.

“f) The sales of Xbox consoles and games are expected to make a positive net contribution to the operating profit.:

We’ll see in upcoming messages more reasons why computer and software companies may have an extra edge now.

Learn why and how to know more about multi currency investing.

You can get more information on multi currency investments Jyske Bank from Thomas Fischer, Senior Vice President at fischer@jgam.com

Even better, you can meet me and Thomas at our May 23 to 25 International Investments and Business Course.
Until then, good value to you.

We will have a special session on why alternative energy, timber and water investments make extra good value now. 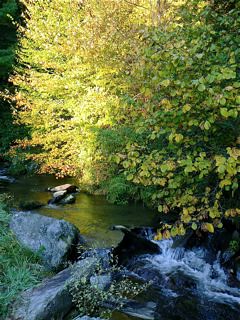 Ashe County is a perfect place to look at this type of investing. This is one reason why Merri and I have purchased three farms here..filled with timber water and we are putting in or own hydro power created by the creek.

Plus you will enjoy the intese green at this time of year! 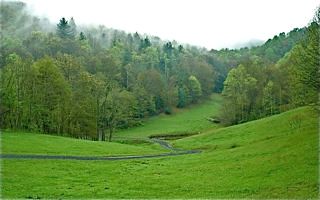