Yet this idea makes great sense now as a recession protection investment.

How would a two year bond earning 11.16% backed by huge oil reserves sound for an investment that protects wealth during the recession?

Imagine a room-walnut paneled with carpeting that is deep blue, rich and plush. The table of polished oak is heavy and important, as are the men that sit around it.

Recession worries and tension hang thick in the room.

Recession and the need for protection is in the newspapers and everyone is expecting economic action.

A soft hum, steady and calm, perhaps from a heating fan, goes unnoticed in the deathly silence. These men are powerful, but now they are afraid of an economic recession. The fear shows.

They fidget, squirm, their faces tight with the tension of recession. Many of them go pale when the man at the head of the table finally speaks. “Gentlemen, the nation is closer to a monetary collapse than we would like to believe.”

This scene sounds like one we would see in a tense melodrama.

Regretfully this event did take place at the headquarters of one of the most powerful financial institutions in the world, The Federal Reserve Bank. The man speaking was the chairman of the Federal Reserve, Alan Greenspan. The statement that the United States was closer to a monetary collapse than we would like to believe, was his and was regretfully very, very real.

To make matters most unfortunate, this meeting did not just happen.

That comment was made by Mr. Greenspan just after Black Friday, October 1987 when the U.S. stock market crashed. So great was the concern, the meeting was kept secret, and only exposed years later.

That secret meeting in 1987 can be good news if you use it as a warning about the enormous currency dangers that exist right now.

Now as then, the US dollar is under incredible pressure unfortunately at the same time as the US economy. This places the Fed between a rock and a hard spot. The Fed needs to raise US interest rates to support the greenback. Yet to stave off a recession they have lowered the rates.

The lower US dollar interest rate means that investors are likely to park their investments and savings in other currencies that pay higher returns. This reduces demand for dollars and means the dollar may fall against other currencies even more.

The US dollars problems are so serious now that one opportunity, unimaginable in the 1980s and 1990s, is to borrow US dollars to invest in Russian rubles.

Russia is facing many economic challenges, especially inflation. One way the Russian central bank will likely solve this will be a revaluation of
the ruble.

This potential revaluation creates the potential for a forex gain and makes it a
potential inflation recession investment. Yet such gains are just a bonus. The real opportunity is in the interest rate differential called the positive carry.

For example, my banker Jyske Bank, just offered a Gazprom bond issue that matures in 2010. The bond has a coupon of 7.25% but is so attractive in the market that it sold at a premium. Still the yield is 6.72% per annum.

Because of falling interest rates in the US, Jyske Bank is about to drop its US dollar interest rate and I suspect that from April 20, 2008 the bank will lend you dollars for as low as 4.5%.

You increase the return on your investment by about 80%! That’s real inflation  and recession protection.

Plus if the ruble does appreciate 10%, your forex gain in dollar terms would be $30,000…a nice bonus.

Fundamental fiscal conditions in the US suggest that the greenback will remain weak. Economic conditions point towards continued low dollar interest rates. However there is always a risk of reversal of rising interest rates and a stronger dollar versus the currency you invest in. Use this technique only with a medium range five year or longer view and never leverage more than you can afford to lose.

Here are three ruble bonds with good yields offered by Jyske Bank at this time. Yields change daily so be sure to check with the bank or your investment broker or manager about current yields and the advisability of leveraging some of your investments and whether you should diversify into more than one currency.

Until next message, good recession protection investments to you!

Gary
Here are ways to learn more about investing in the multi currency sandwich.

Contact Jyske Bank through their manager of client relations Thomas Fischer at FISCHER@JBPB.DK

You can join me with Thomas Fischer of Jyske Bank at our upcoming International Investment & Business Course in North Carolina this May 23 to 25 at Merrily Farms. See
May Course.

These courses can help you create recession protection investments.

Ecuador real estate can be a recession protection investment as well…but you must take care.

For example this a house on the beach we’ll see in our next coastal real estate tour is very different to the one next door. 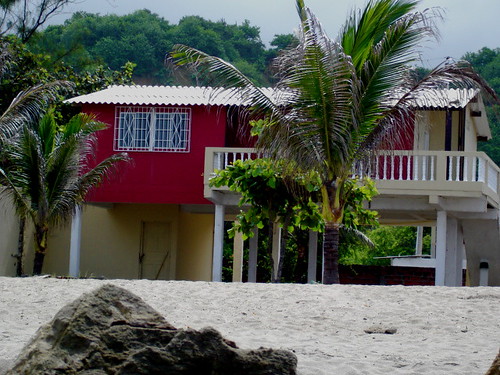 Here is the next door neighbor! 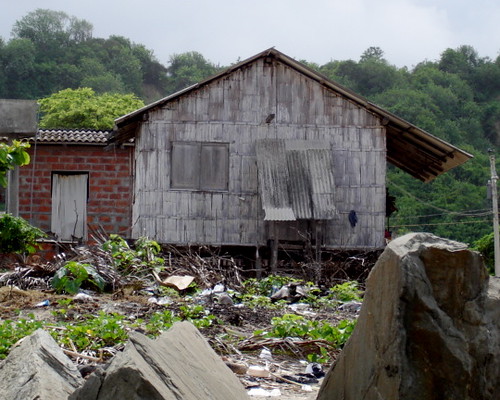 Yet both are on this beach. 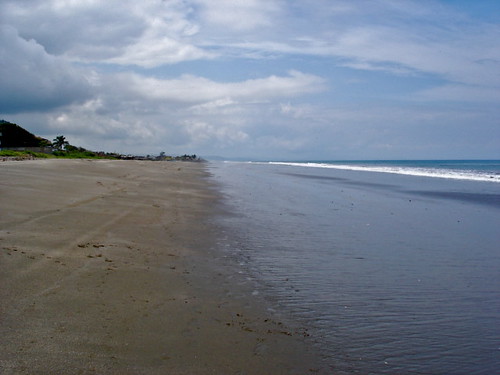 Which is the best inflation protection investment? Find out on our next Coastal Real Estate Tour. Click here for details.